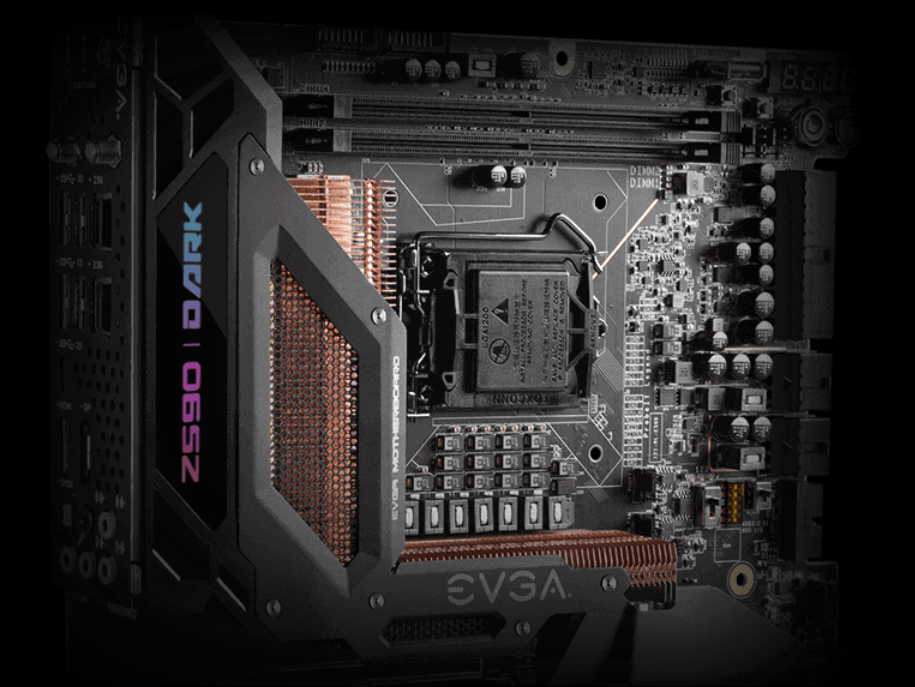 EVGA has finally released its most impressive motherboard to date for Intel's mainstream platform, the Z590 DARK. The motherboard which was designed by KINGPIN himself takes it to 11 by pushing the 11th Gen CPUs to their limits.

The EVGA Z590 DARK motherboard isn't a traditional motherboard and due to several reasons. It is designed purely for unlocked Intel 11th Gen 'Rocket Lake' CPUs and carries an enthusiast-tier build quality and a horizontally placed socket which plays a key role in pushing memory overclocks to the very limit. 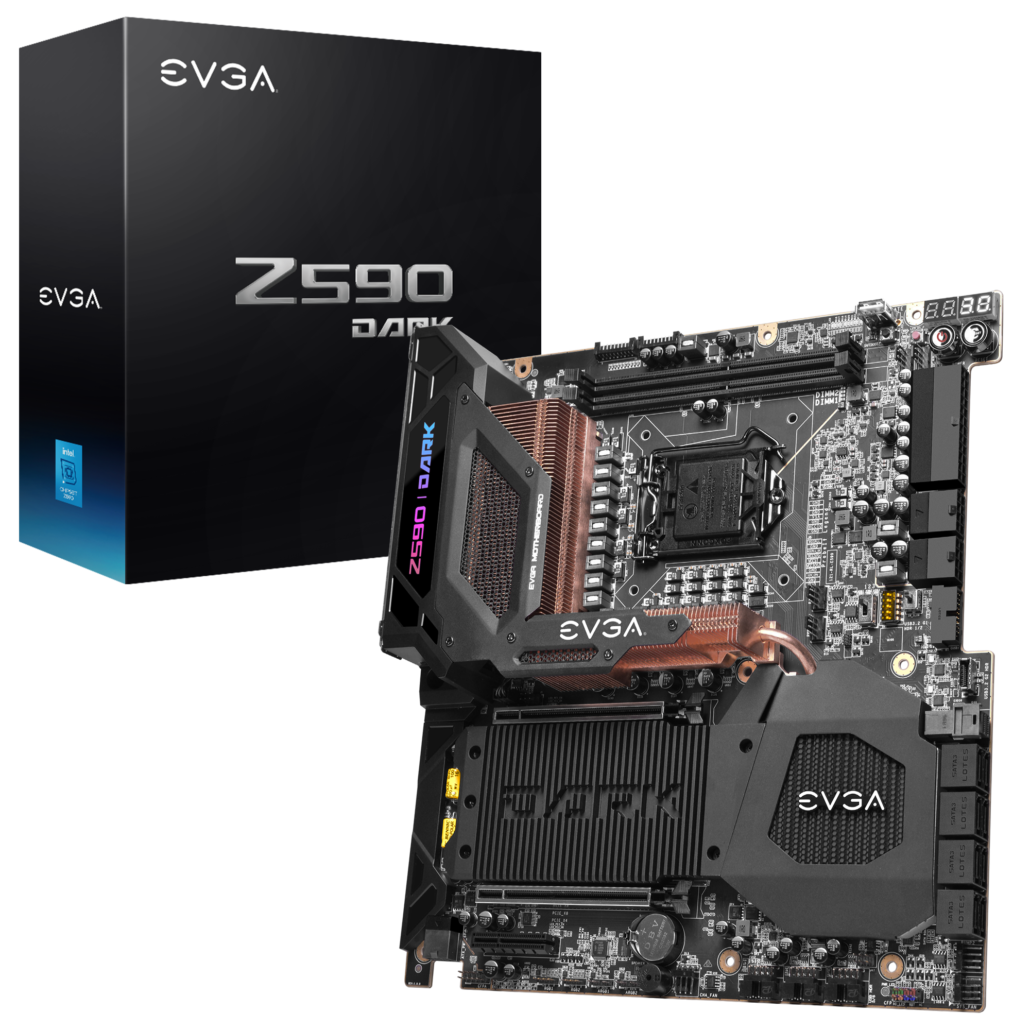 The Z590 DARK from EVGA features the LGA 1200 socket with support for both 10th Gen and 11th Gen Intel CPUs. The CPU socket is powered by two 8-pin connectors which are located next to the 24-pin power connectors, all of which are right-angled for easier cable management. The board has an impressive 21 Phase Digital VRM and the most notable thing next to the power delivery are the huge copper finned heatsinks. There are at least three sets of these heatsinks covering the VRMs and the PCH, all of which are interconnected via a massive copper heatpipe. These heatsinks are covered by a nice metallic frame which leads to the I/O plate that features an RGB lit 'Z590 DARK' logo. Furthermore, EVGA has integrated dual PWM fans within the I/O plate that blow air towards the heatsink for increased cooling.

Coming to the memory slots, there are two DDR4 DIMM slots that are rated to support 5333 MHz+ (OC) speeds. The reason for putting them horizontally in an untraditional way is to move the lanes closer to the CPU socket, allowing for better signaling and in return, higher memory speeds than the traditional design. You will be limited by just 64 GB capacities but that's more than enough for a mainstream platform. As for expansion, EVGA has provided two PCIe Gen 4.0 x16, a single PCIe Gen 3.0 x4, and 3 M.2 slots of which one is Gen 4 compliant. All M.2 slots are situated between a bulky heatsink plate that has the 'DARK' labeling on top.

Some main features of the EVGA Z590 DARK motherboard include:

Storage includes 8 SATA III ports and a single U.2 port (all right-angled). For those who will be pushing the PCIe lanes on the motherboards, there's a supplementary 6-pin power connector provided next to the audio PCB. I/O includes a 7.1 channel audio jack, 4 USB 3.1 Gen 2 Type-A, 1 USB 3.1 Gen 2 Type-C, 2 USB 3.1 Gen 1, PS/2, Dual-Antennas, Dual Intel 2.5GbE NICs, HDMI/DP ports. There are also Dual Probelt headers and multi-function POST indicators next to the BIOS reset and Power switches on the motherboard.

Lastly, we have to talk about pricing and EVGA has set a $599 MSRP for its top-of-the-line Z590 DARK motherboard. Do note that EVGA is also readying an X570 variant of its DARK lineup of motherboards which should retail around the same price range.