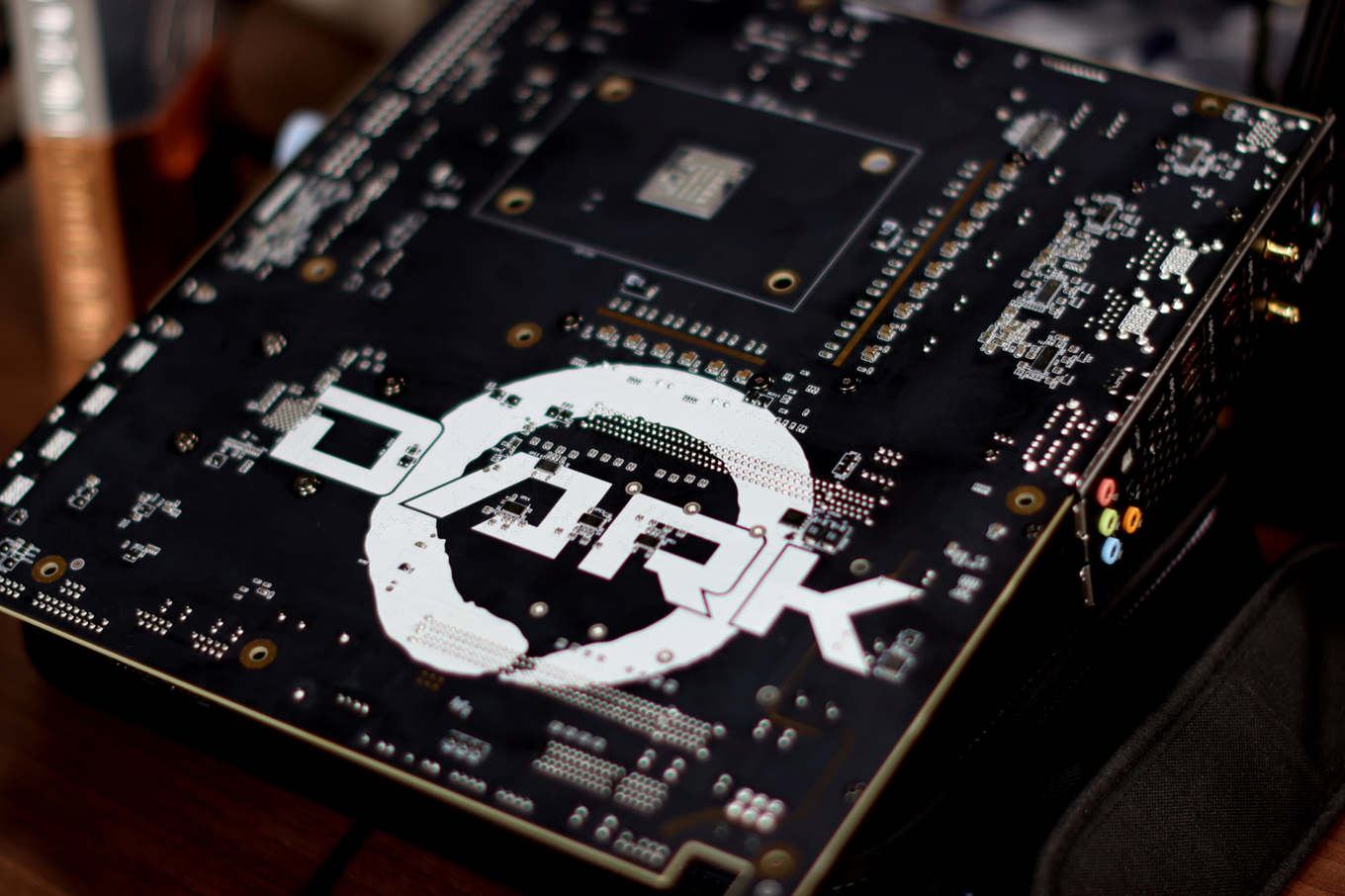 EVGA is taking things to the extreme with its upcoming X570 DARK motherboard that will support AMD Ryzen Desktop CPUs. The company's in-house overclocker, KINGPIN, has demonstrated the motherboard once again, this time pushing things even further.

The EVGA X570 DARK is said to be the best overclocking motherboard for AMD Ryzen CPUs when it launches. The motherboard is one of the two X570 offerings that EVGA have been in the works for a while now and their BIOS team is hard at work to further tune performance prior to the official launch.

In his latest performance demonstration, KINGPIN used the AMD Ryzen 3 5300G APU on the EVGA X570 DARK motherboard. The chip was cooled by LN2 and didn't encounter any cold bugs while it was running at 5.5 GHz. The DDR4-4866 memory ran in 1:1 mode which is an FCLK of 2433 MHz & with some really impressive CL14 (14-13-12-21-35-1T) timings. This resulted in a much higher score than the previous benchmark, both of which can be seen below: 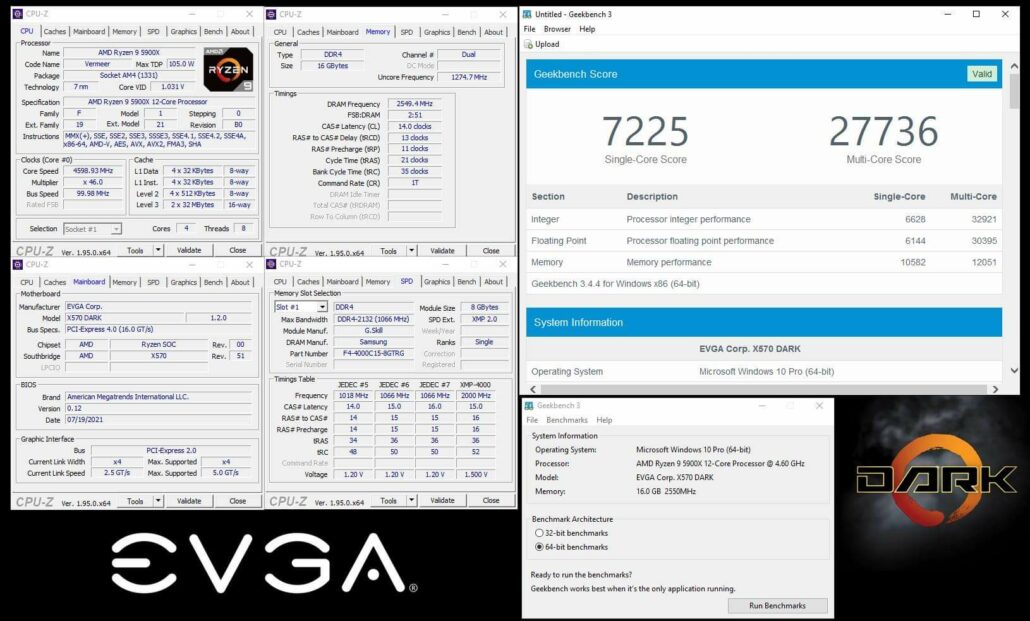 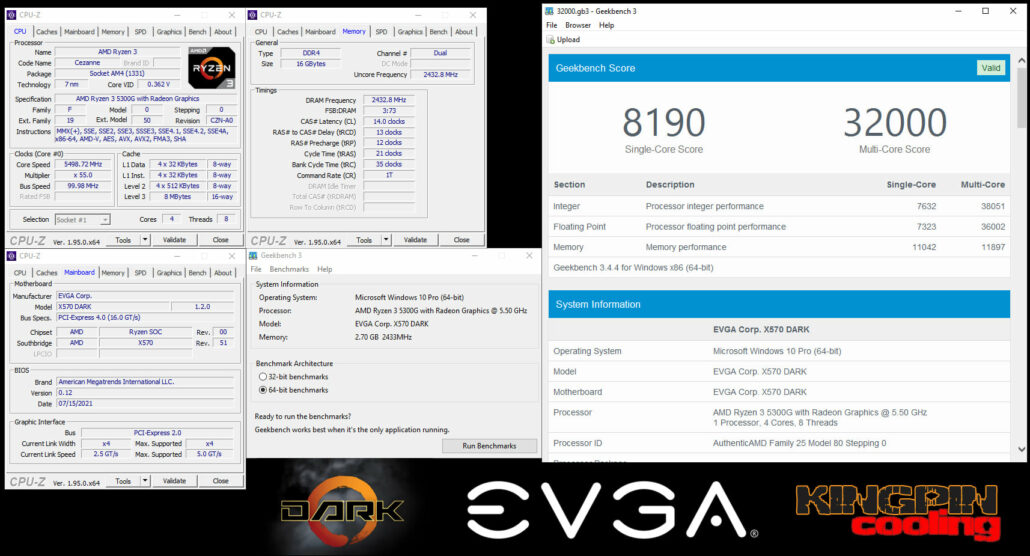 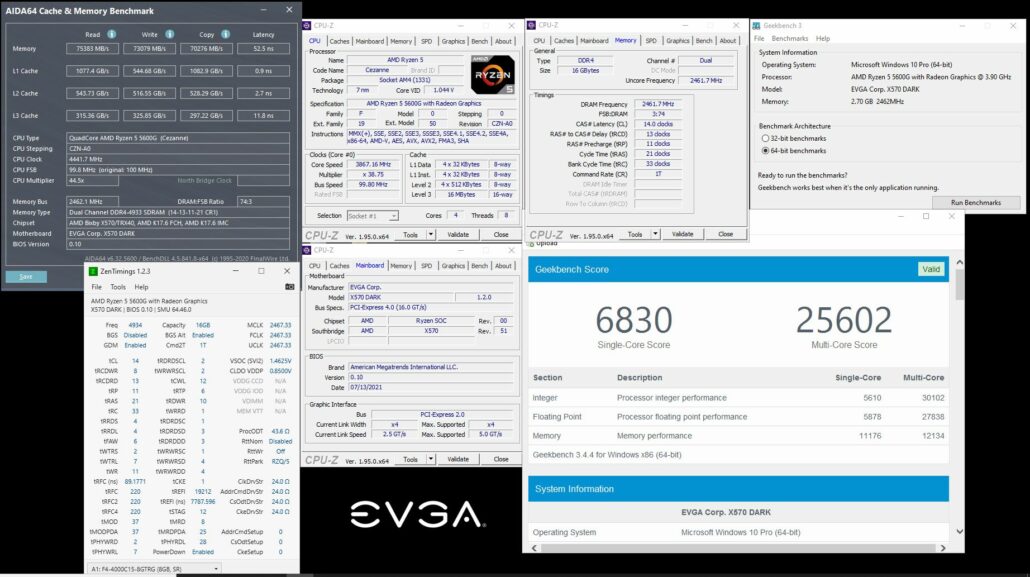 What's more impressive is that this isn't even the limit of EVGA's X570 DARK motherboard. As per overclocker, Aaron Bakaitis, he was able to achieve up to an FCLK of 2550 MHz (1:1) but he states that it was either the IMC or the ram modules that were holding him back to achieve a higher OC. These numbers and what we are hearing about the X570 DARK, in general, make it seem like the ultimate Ryzen overclocking motherboard which will be eyed by many enthusiasts & overclockers.

Currently, there's no word on when we can expect the motherboard in the retail segment but judging by EVGA's Z590 DARK pricing, it will definitely come at a hefty premium (at least $500 US). We will keep you posted once we hear more about the X570 DARK motherboard for AMD Ryzen CPUs.