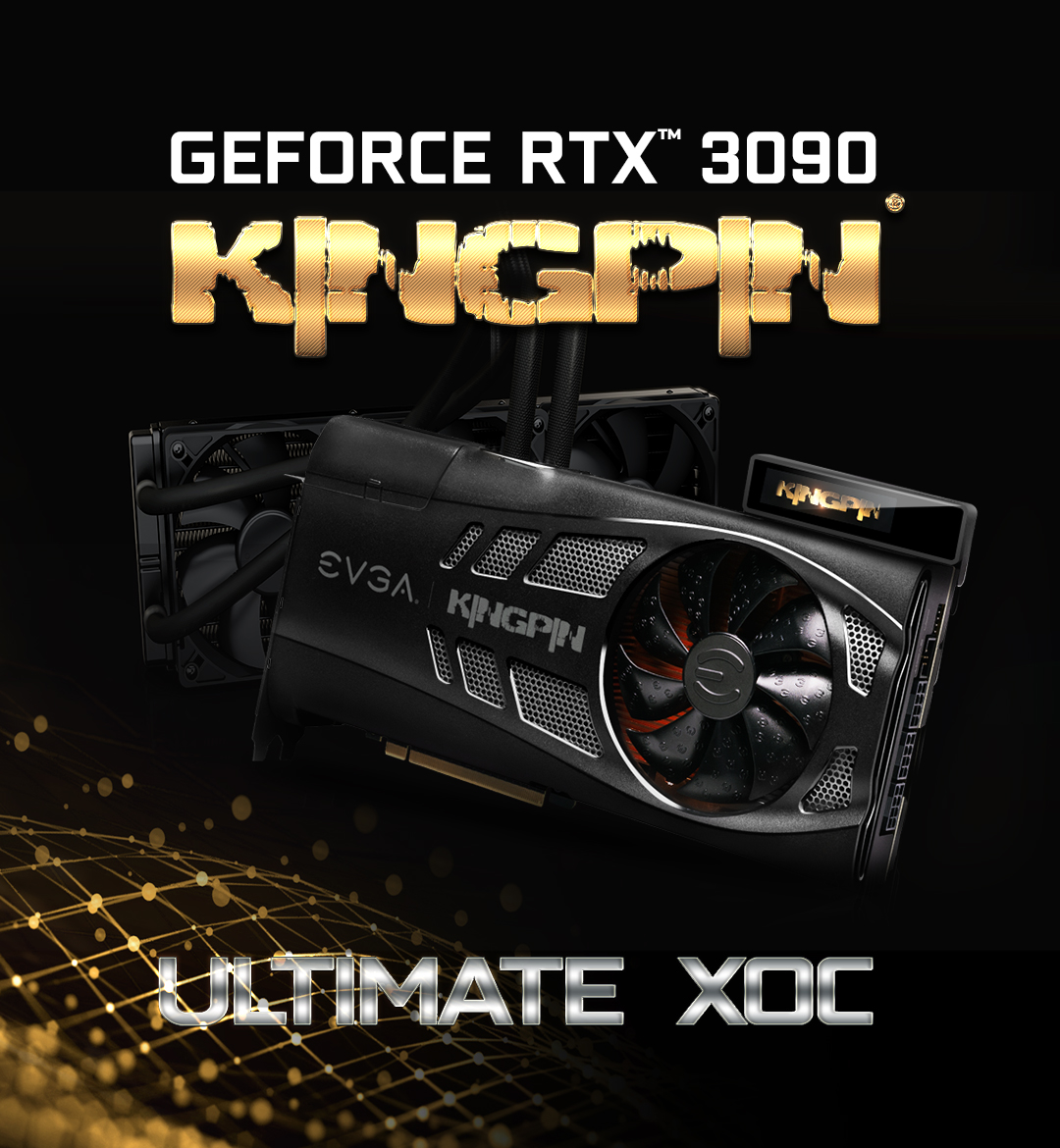 The EVGA GeForce RTX 3090 KINGPIN Hybrid will be the flagship design in the GeForce RTX 30 line from the company. It features a dual-slot design with a wide PCB that is covered by a massive shroud. The wide PCB is used to accommodate more electrical components & a beast of circuitry that is used to power this card. The card features a matte black shroud with mesh grills at the front and a large 9 blade fan that pushes air through the internal assembly.

The heatsink for the GeForce RTX 3090 KINGPIN consists of a large copper block that covers the electrical components while the GPU sits underneath the copper cold-plate of the pump. The card is a hybrid design that makes full use of liquid cooling and is attached to a 360mm radiator with three 120mm fans included. This should allow for some cool operating temperatures whether running at stock or overclocked.

Another interesting feature of the EVGA GeForce RTX 3090 KINGPIN graphics card is the OLED display which can be seen on the side by the end of the shroud and features a flip mechanism. This OLED should provide some useful functionality and maybe even some tuning options to users. The OLED supports up to 9 GIF animations (6 Default + 3 User Created Uploads) and measures in at 176x48 pixels.

You can't talk about the KINGPIN series without mentioning their overclocking features. EVGA has included a Triple-BIOS on the card which can be configured through a switch. The modes include Normal, OC, and LN2 profiles which are pre-configured with power limits. It looks like EVGA will be making full use of their 450W XOC BIOS for the RTX 3090 KINGPIN Hybrid graphics card. The card rocks an impressive 1920 MHz overclock out of the box.

In addition to the Triple-BIOS, the GeForce RTX 3090 KINGPIN also features support for PROBEIT which lets you analyze several GPU power readings in real-time. To keep the card running, you'd need a triple 8-pin plug connector array. The same graphics card had shattered the 3DMark Port Royal world record back in September so we can't wait to see what other world records it gets to break although I doubt that other overclockers will be able to surpass what KINGPIN (Vince Lucido) himself achieved.

In addition to the Hybrid, EVGA also has the GeForce RTX 3090 KINGPIN Hydro Copper which comes with a solid CNC-milled copper water block featuring a single-slot design. This card is ideal for custom liquid-cooled systems. EVGA has also announced it's brand new TEK-9 Icon 4.0 and Icon Mini LN2 ports for those who plan to push the KINGPIN variants to their extreme limits with LN2 cooling. 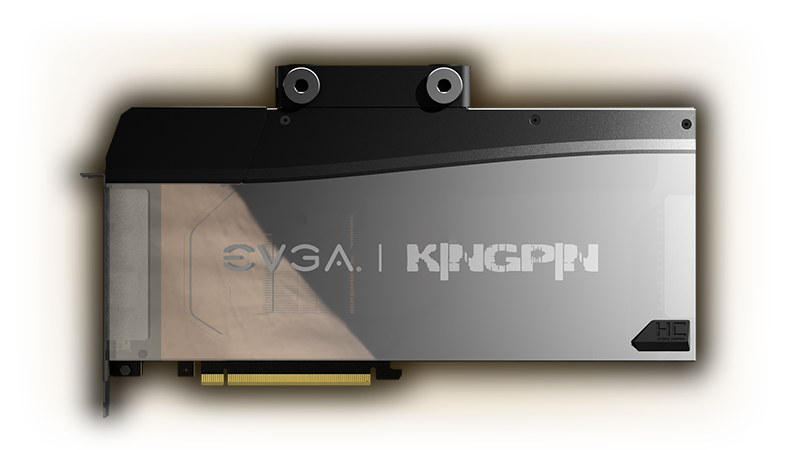 Display outputs include the standard three DP and a single HDMI 2.1 ports. The initial batch of the GeForce RTX 3090 KINGPIN card was exclusive to EVGA ELITE members and will cost $2000 US. It looks like the stock which was stated to be very limited has already run dry which shows that AIBs can indeed ship graphics cards worth close to $2000 US and customers are willing to pay even that high price for premium cards.