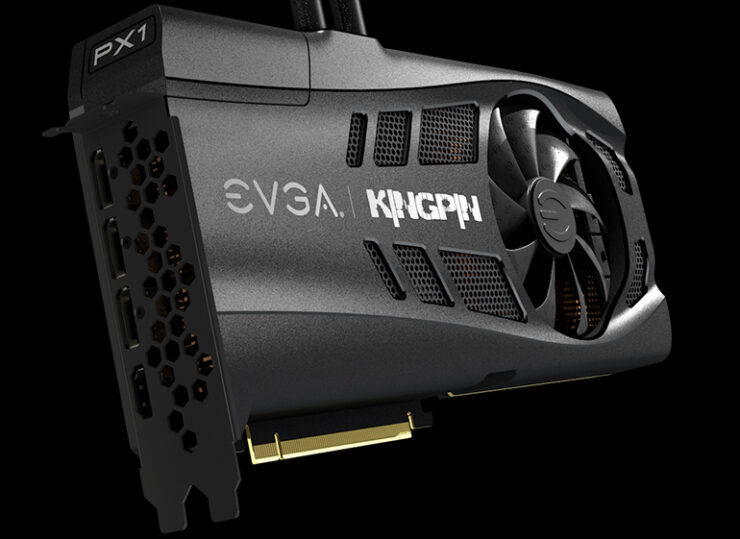 KINGPIN has shown that he used the upcoming EVGA GeForce RTX 3090 KINGPIN Hybrid series graphics card to achieve the world record. The GPU was pushed by +525 MHz which resulted in boost clocks of 2580 MHz (2550 MHz on average). The voltage of the card is shown to be set at 1069mV while the memory was overclocked to an insane 21.5 Gbps which is 2.0 Gbps higher than the stock 19.5 Gbps speeds that are offered on the RTX 3090 graphics cards. 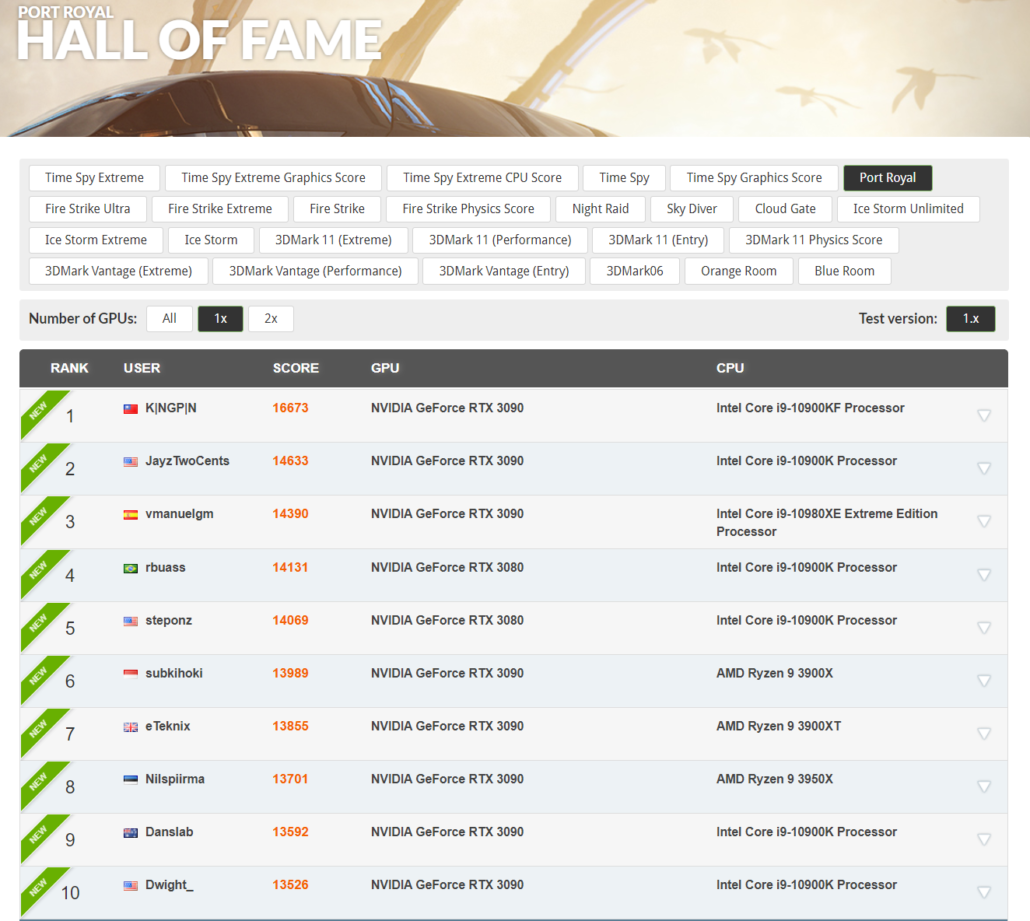 This nets a total bandwidth of over 1 TB/s for the 24 GB GDDR6X memory while the GPU pushes over 54 TFLOPs of FP32 compute horsepower at the mentioned clock speeds. KINGPIN used the Intel Core i9-10900KF and a Z490 DARK KINGPIN motherboard as his testbed. The CPU was also overclocked to 5.2 GHz. A total of 32 GB of DDR4 memory was featured on the system which was running at 4900 MHz (CL14) clocks. 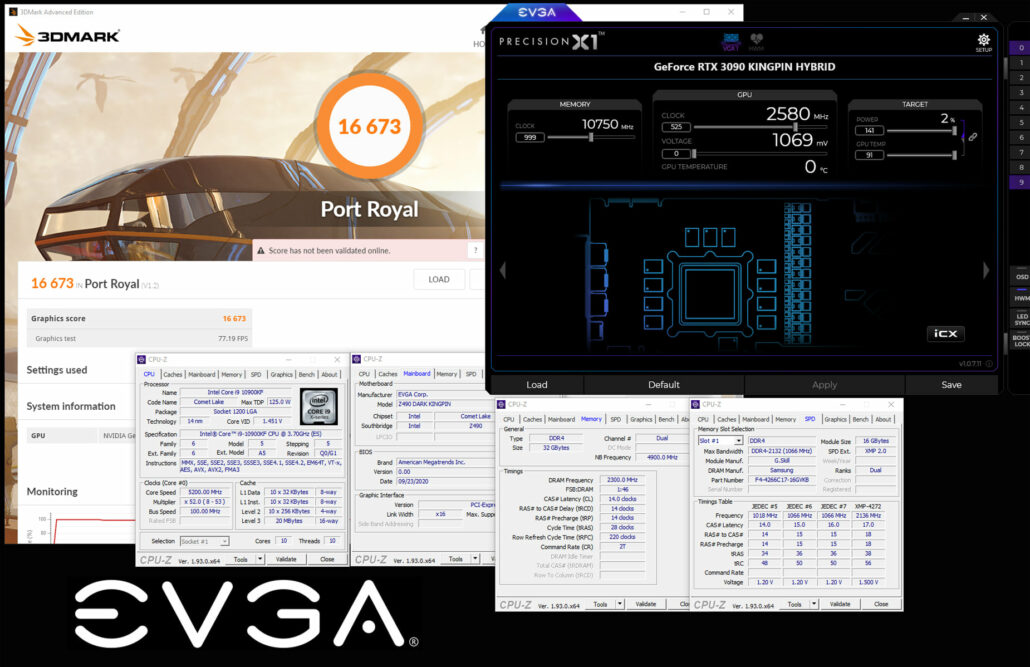 The final score reported within 3DMark Port Royal with the overclock was 16,673 points which is at least 25% faster than a standard overclocked GeForce RTX 3090 graphics card. While LN2 is not a realistic performance evaluation criteria, it does show just how much the GPUs can be pushed and how much extra performance they carry. It looks like other overclockers have also yet to put their RTX 3090 cards to the test and we may see even higher numbers in the coming months. NVIDIA's GeForce RTX 2080 Ti also broke various world records when it launched all the way back in 2018 & the first LN2 results only had the card pushed to 2.4 GHz with latter tests showing overclocks of up to 2.9 GHz.