December seemed to be a boring month for the PC hardware industry until all graphics card manufacturers decided it was a great time to unveil their latest custom design cards. EVGA is one of NVIDIA's several vendors who will be unveiling their soon to launch GeForce GTX 780 Ti Classified K|NGP|N graphic card while AMD's partners bring in new Lightning and WindForce solutions for the Radeon R9 290X GPU. 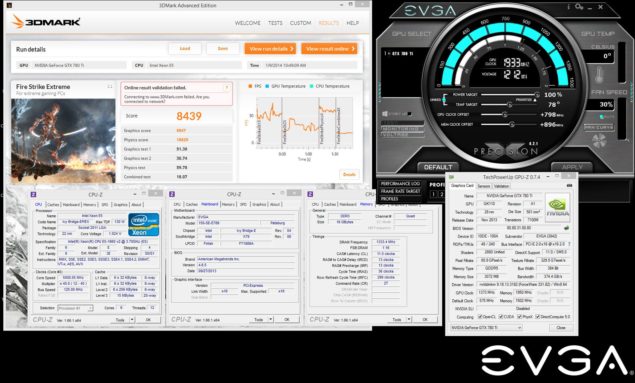 The EVGA GeForce GTX 780 Ti Classified K|NGP|N has gained some attention from enthusiasts since the day it was teased but today's news shows how capable NVIDIA's flagship chip could be in the overclocking department. EVGA's in-house and world's renowned overclocker KingPin was able to shatter the previous GPU world record with a single GeForce GTX 780 Ti Classified graphic card.

With some LN2 and a voltage beyond 1.5V with no additional modding, the EVGA GeForce GTX 780 Ti Classified was able to break past the previous world record of a single GeForce GTX Titan scoring an impressive 8439 3D Marks in FireStrike benchmark. The clocks were set at an impressive 1933 MHz core and 7.8 GHz effective clock for the memory which is just shy of 2 GHz on the core. The card was pumping an impressive bandwidth of 374.4 GB/s when overclocked.

But let’s see what’s under the hood, we are looking at a extremely powerful 14+3 phase VRM design powered with an 8+8+6 Pin power configuration and placed with several V-Check Points for enthusiasts. So that’s some massive amount of power being fed to the board. Aside from that, we are also looking at an EVBOT connector that allows overclockers and enthusiasts to overclock and tune their cards as they seem fit. 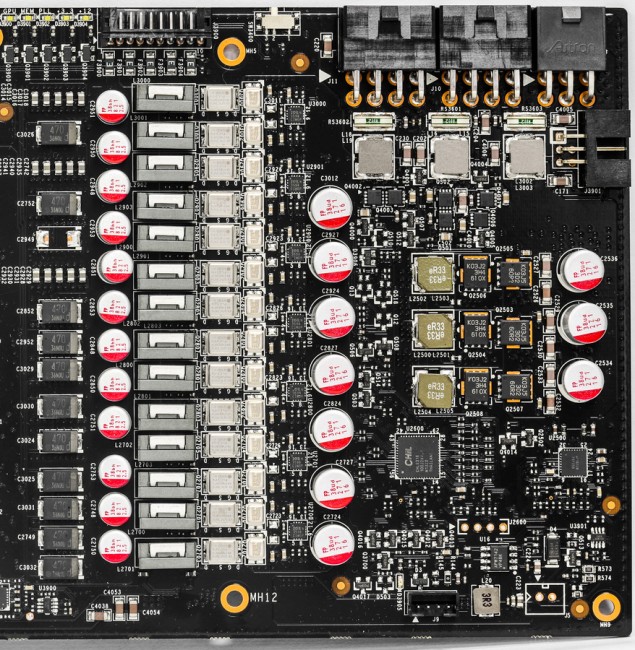 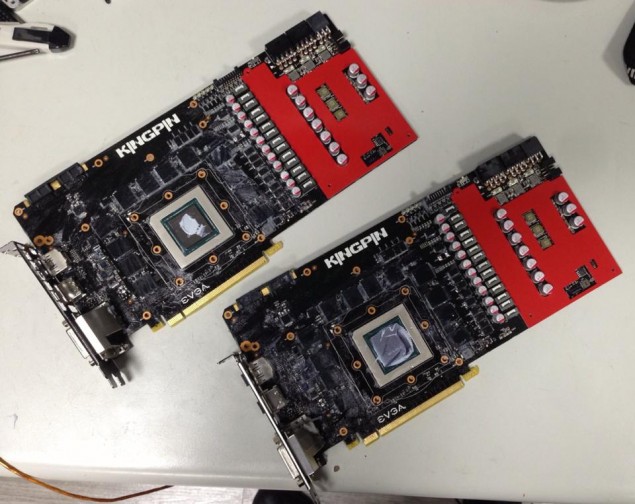