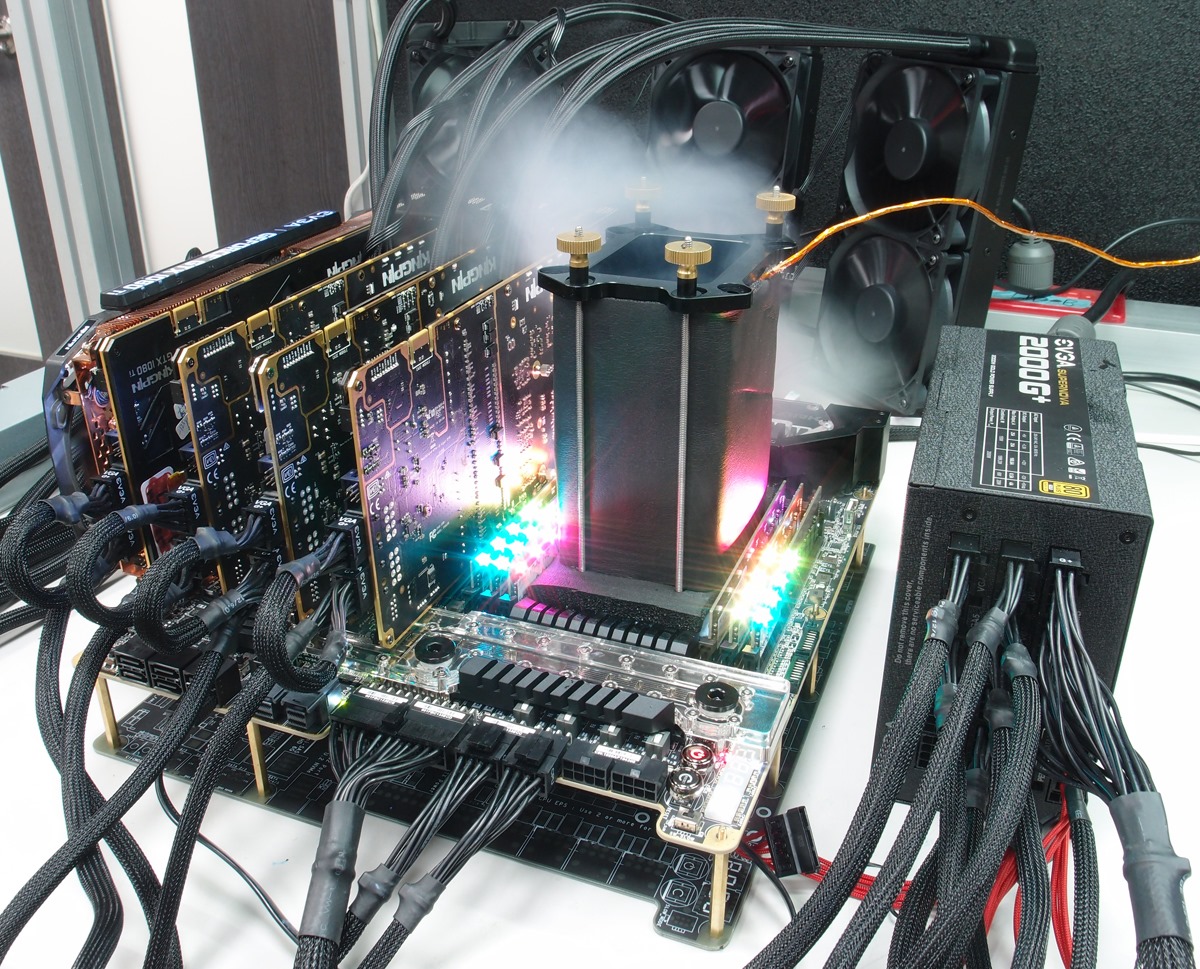 The EVGA SR-3 DARK is an insane motherboard and one of the three which can support Intel's only workstation-class HEDT chip, the Xeon W-3175X. We first gave you a good look at this motherboard back at Computex 2019, but EVGA has finished the final design of the SR-3 DARK and has scheduled a launch around New Year's Eve.

Talking about specifications, the EVGA SR-3 rocks the LGA 3647 socket, which is inverted, much like EVGA's Z390 DARK motherboard. The motherboard is surrounded by 6 SMT DIMM slots, enabling high-frequency and low latency RAM overclocking. On the other LGA 3647 socketed motherboards, you will find 12 DIMM slots next to the socket. The EVGA SR-3 DARK is also currently the only board to offer a water block over the VRMs and PCH which allows users to maximize the cooling potential through the use of liquid cooling. The whole water block runs from the top and to the bottom of the board, featuring some great aesthetics that you can make even better with your choice of colored liquids. The motherboard doesn't feature any RGB LEDs which is a plus for many high-end enthusiasts.

The SR-3 DARK features an Intersil NOVA-1 PWM controller which is said to be an ES PWM IC. The motherboard rocks 18+1 (CPU+VCCO) Intersil 99380 power stages (80A) which should provide at least up to 1200 Watts of power to the CPU socket. While this is a much smaller VRM design than the ASUS ROG DOMINUS Extreme which houses a 32 phase design, it is stated that EVGA wanted to maximize the performance per area for this specific size which is also much smaller compared to the DOMINUS Extreme or the C621 AORUS XTREME which come in a much bigger EEB form factor design.

Power is provided through a total of four 8-pin EPS connectors and a single 24-pin ATX connector. You can find the ever-useful DEBUG LEDs and Power/Reset buttons on the top right corner of the board. In terms of I/O, the motherboard rocks a total of 6 PCIe 3.0 x16 slots and dual M.2 slots. The PCIe slots are connected to a separate 6-pin EPS connector which should provide more power if running multiple devices at once. The motherboard also features the C622 PCH which is a slight upgrade over the C621 PCH used by ASUS and Gigabyte on their respective HEDT motherboards. You can also enable/disable each separate PCIe slot through switches right next to the SATA ports to conserve lane use.

The C622 chipset should theoretically provide higher bandwidth to the PCIe slots since it has an x8 uplink compared to x1 uplink on the C621 chipset. Storage options on the motherboard include 6 SATA III ports and dual U.2 ports. The board has a total of 3 ethernet ports with two of them being 10Gb and 9 USB 3.0 connections as well as a USB 3.2 Gen 2 (Type-C / Type-A) ports.

The board has since broken a few records with the most recent one from Kingpin, last month, who scored an impressive 20,440 points in 3DMark TimeSpy with the motherboard and the Xeon W-3175X clocked in at 5.78 GHz across all 28 cores on LN2 cooling with a voltage supply of 1.475V. The processor scored a Physics score of 19739 points while the graphics score was reported at 20570 points for the four GTX 1080 Ti KINGPIN graphics cards. 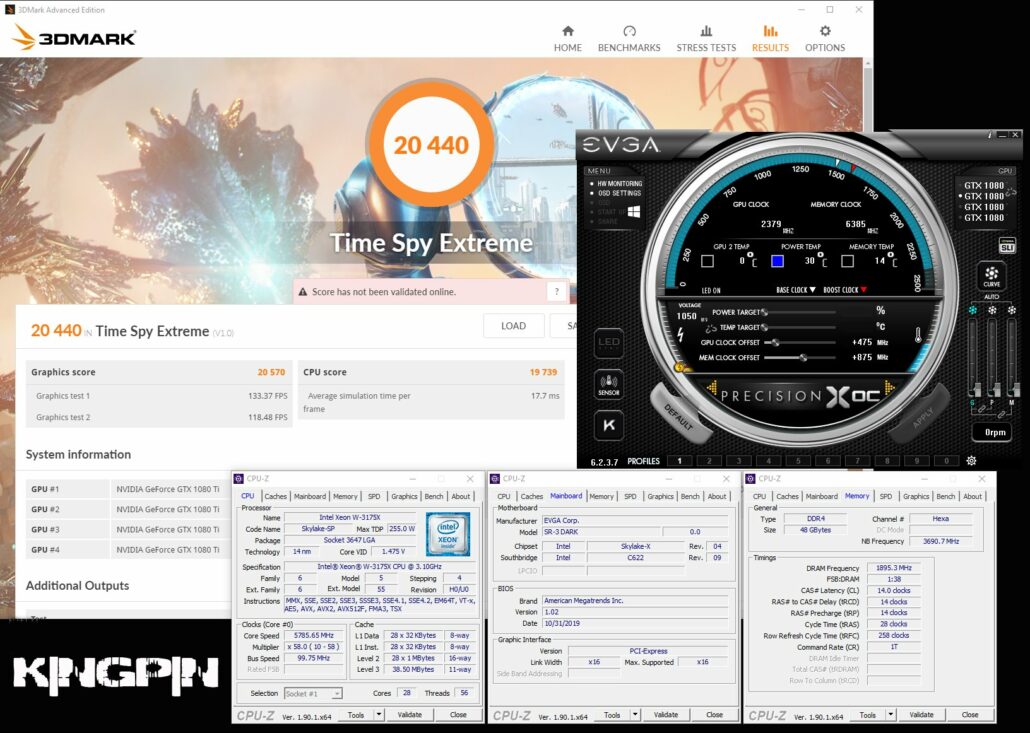 The board will be hitting retail for over 1000 Euros which is a very high price compared to standard motherboards and even the new TRX40 motherboards for the AMD Ryzen Threadripper lineup, but compared to ASUS's and Gigabyte's offering the EVGA SR-3 DARK would still offer a much lower price, since the other two boards are priced at over $2000 US and are super hard to find. There are also rumors that Intel will be dropping the price of Xeon W-3175X down to $2000 US or even lower to match the 32 core Ryzen Threadripper 3970X.