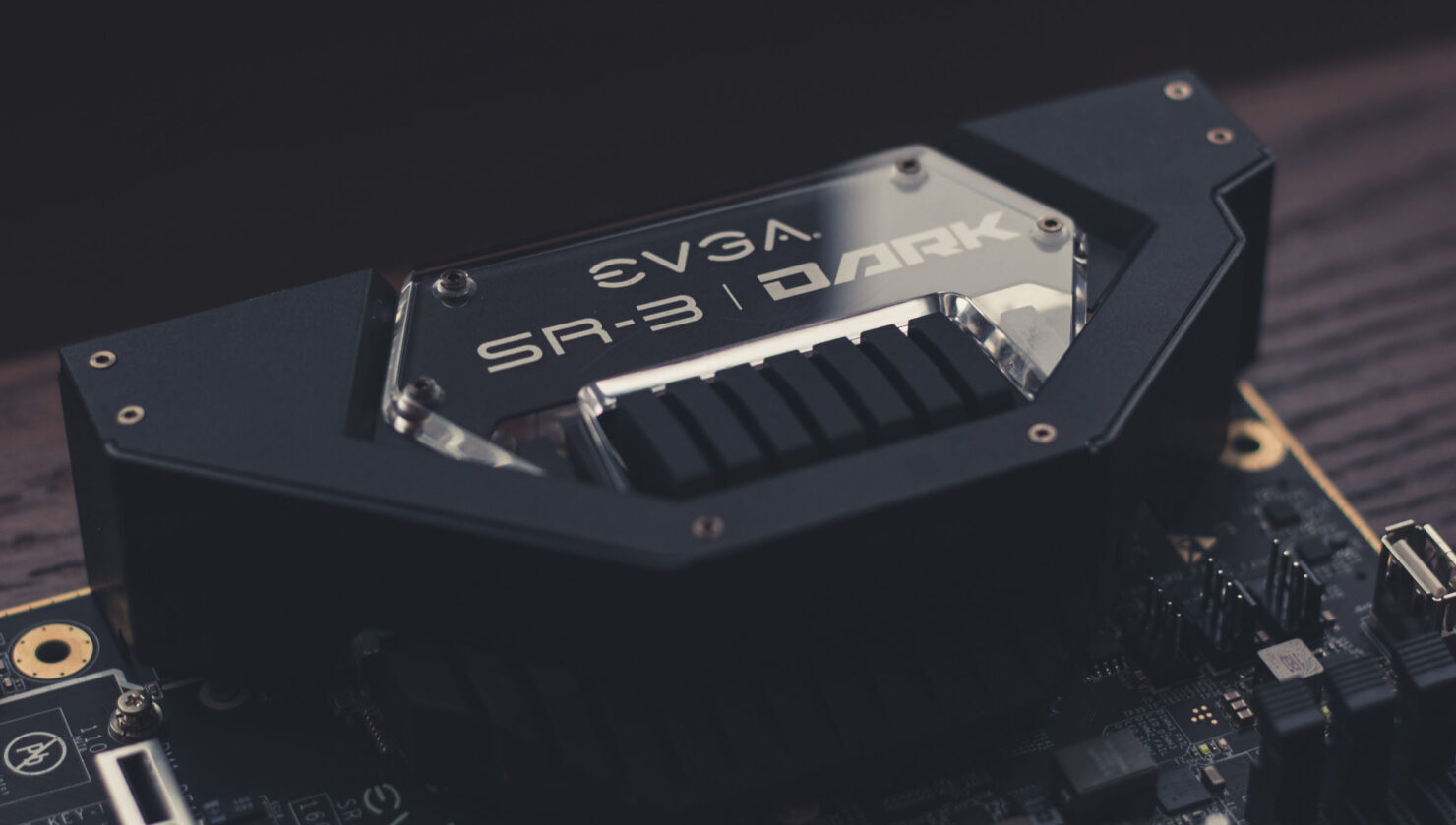 Probably one of the coolest motherboards we saw at Computex 2019 was the EVGA Dark SR-3 LGA 3647 motherboard. This is a very unique piece of tech in more ways than one as it’s the only commercially available motherboard that supports the workstation class LGA 3647 socket in an E-ATX format; meaning enthusiasts and prosumers can actually fit this inside their full towers. Alternatives from companies like Gigabyte and ASUS use the larger EEB format which does not fit in traditional DIY towers.

The EVGA Dark SR-3 motherboard is an absolute beast in terms of power delivery and considering this is designed to handle 28 cores – it’s not particularly surprising. The motherboard houses the standard 24 pin power connector alongside not 1, not 2, not 3 but 4 EPS power connectors! There is ample power being supplied here to support overclocking of the highest core count Intel processors out there including ambitions that require a water chiller.

The EVGA SR-3 also features 6 PCIe Slots, just in case you wanted to use those excess PCIe lanes for running a multi GPU configuration (or adding other PCIe cards). An iconic part of the design is the massive waterblock placed on top of the VRMS (which are on the right by the way, instead of the usual top design!) and the chipset which allows quick heat dissipation for the obscene amounts of heat this thing will generate. VRM cooling is one of the most important features of a high performance setup (and a must have for overclocking) and it is great to see this level of cooling available on what is essentially a consumer part.

It features 6x DIMM slots (2 slots have been sacrificed to be able to fit this into an E-ATX format) as well as the usual array of M2 and IO. The board has a total of 3 ethernet ports and 9 USB 3.0 connections as well as a USB C. There is ample IO available here for most prosumer needs and lets face it, anyone that is planning to put this into an off-the-shelf full tower probably does not need all 8 lanes of DIMM. 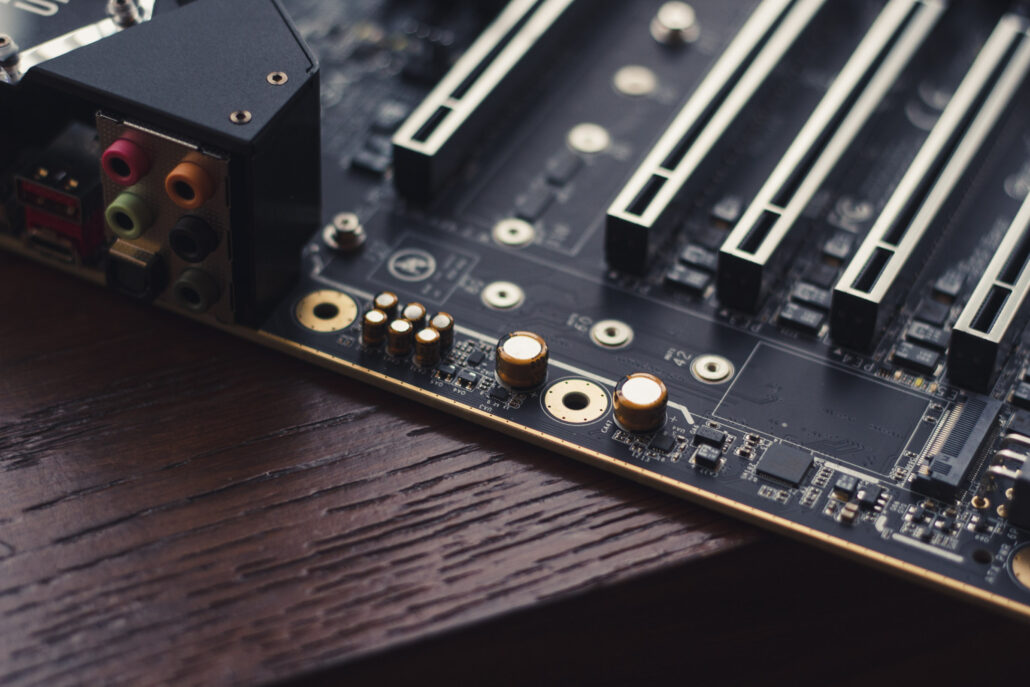 This is an absolutely insane design from top to bottom but if I had to nitpick, the sound circuitry is somewhat underwhelming and the caps appear to be fewer then what you would expect in a high end motherboard. Then again – if you actually need high fidelity sound you could simply buy EVGA’s Nu Audio sound card and plug it into the multitude of PCIe slots available and problem solved. 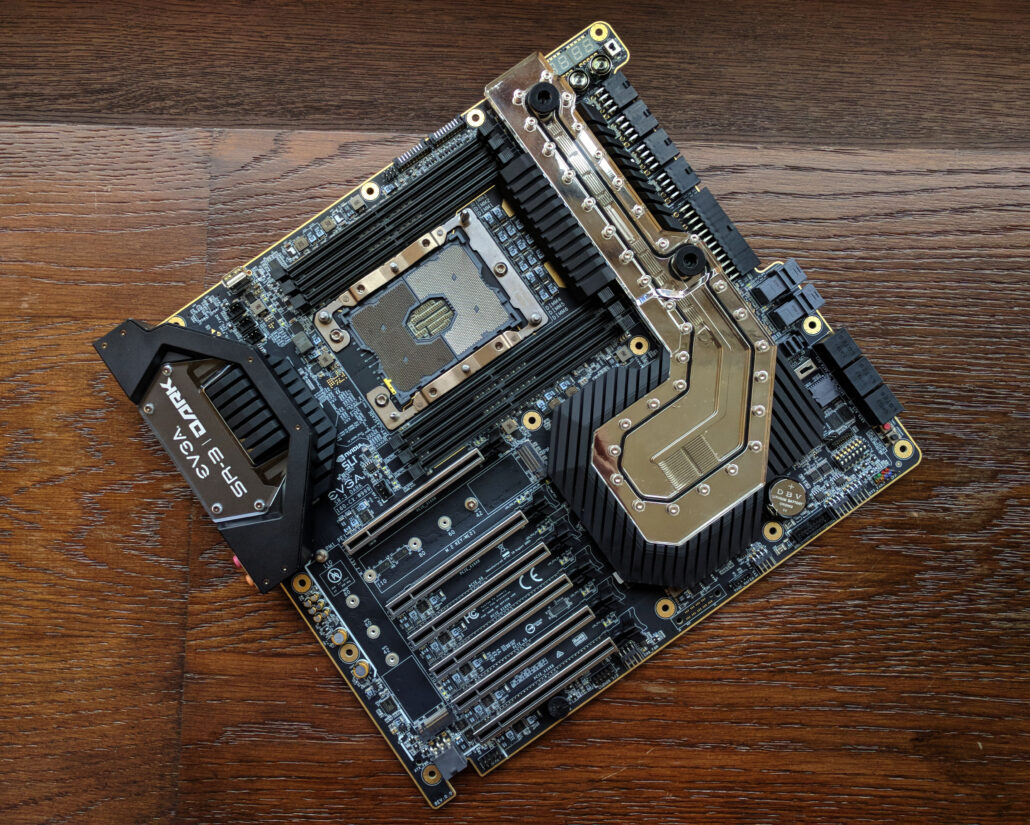