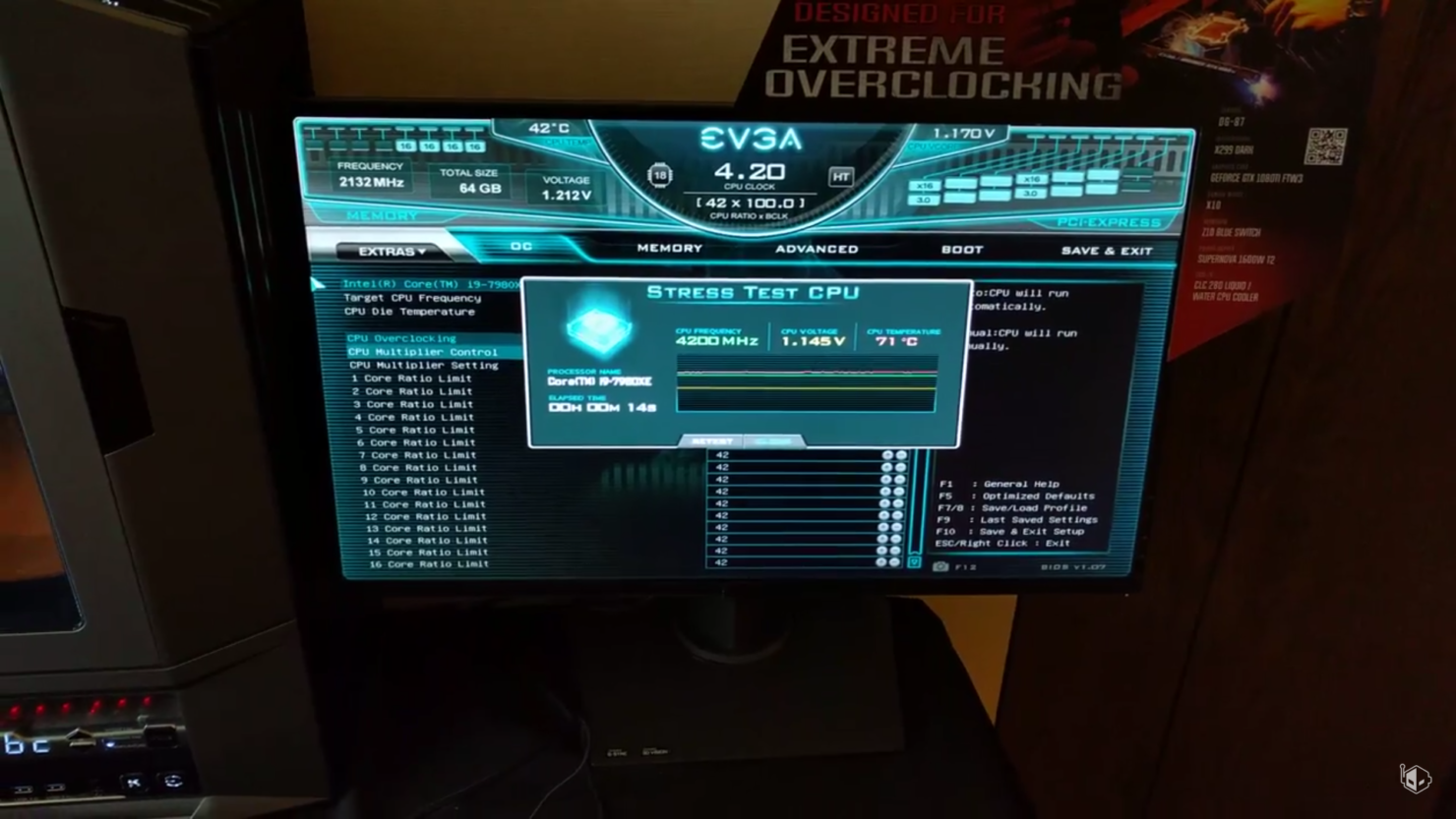 EVGA demoed its brand new BIOS interface at Computex 2018 recently and its something that we havent seen before. Apart from shiny GUI updates, the brand new BIOS actually contains a robot overclocker that will try to find the optimal OC for you. This is vastly different from the preset OC profiles we usually see with motherboard vendors. The new GUI also contains a built in stress testing tool.

There are three distinct features that we can immediately see with the new BIOS. Firstly, the GUI update is top notch - so much so that it feels and acts more like an OS now then anything else. The inclusion of animated and dynamic graphs during the benchmarking and overclocking process adds a level of polish that is a far cry from the BIOS of old.

You can view the full demo here:

Secondly, we have the built-in stress testing tool that users can use to test the new OC profile for the system to determine stability. The utility of a BIOS based stress test is that OS issues will be eliminated completely so this is one of th purest ways to check for a stable clock.

Last but certainly not the least, we have the main attraction - the robot overclocker. Usually when you hit an auto-OC button on a motherboard, what usually happens is that it uses a pre-set profile to apply the settings for all silicon of the same name.

This approach is much more intimate, with the motherboard painstakingly testing out the CPU and trying to find an optimal OC level - exactly how a real human overclocker would do it. Its a great tool to have - especially for first time builders and we can see it becoming pretty popular with OC builds.