The R9 290X already runs at a very high core volt (1.25v) which is one of the reasons it runs so hot. Reducing the voltage to 1.15v can yield a temp difference of 10c even in the reference design. Now it seems that lightning is focusing on power as well, increasing power BUT giving it a more stable phase design as well (12+3+2). Naturally this unlike the reference design, Lightning will actually be able to handle all the heat. Not only that this would net a highly highly stable overclocking gpu since 3 power connectors are short of overkill. If it was any other gpu then the R9 290X i would be flabbergasted.

Our friends over at Videocardz actually managed to get pictures of the PCB.

The interesting thing to note about the PCB is that it is the first Custom PCB of the R9 290X (its missing CrossFire edges as well) MSI will soon release their GTX 780 Ti custom design as well for the ultimate custom showdown. The PCB features your usual standard features of MSI Lightning cards with the only intriguing thing being the 3 power connect design. Just recently iGame released a very powerful competitor into the arena of custom cards. Once the Kingpin edition comes out however with 6GB of Vram, that is when the final saga of this generation of Green Vs Red will conclude.

MSI will probably be using their Tri-Frozr cooler for this card which was featured on the GeForce GTX 780 Lightning or they might go with an old school Lightning design. You can see voltage check points for PLL, Memory and Core on the back of the PCB and we can easily see that the PCB would be equipped with MSI's top of the line Military Class IV components. You can see more pictures of the PCB below: 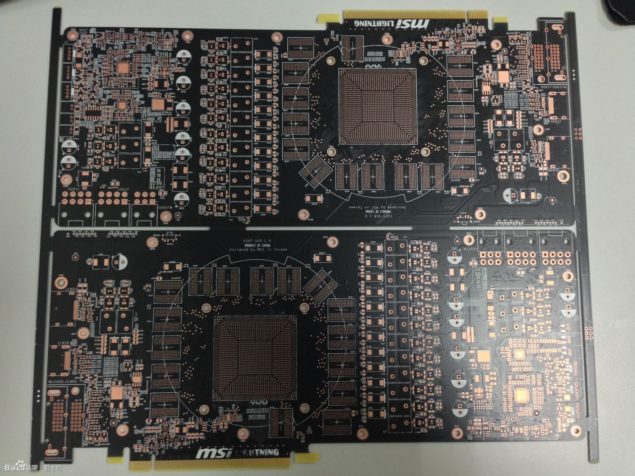 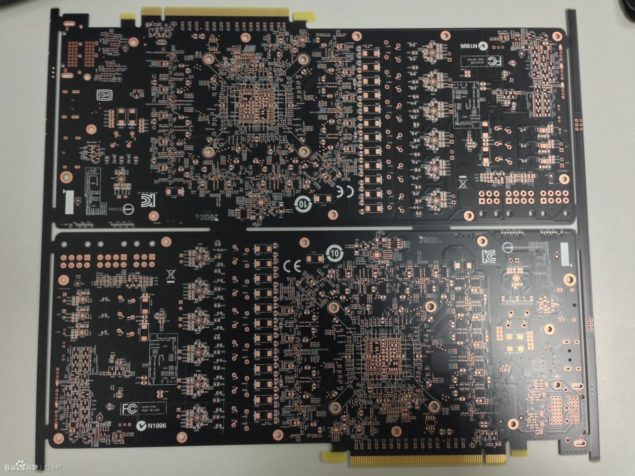 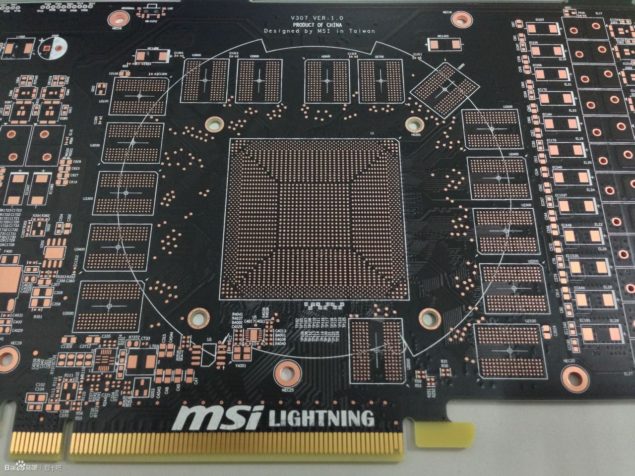