The Stock and Superclocked GTX 670 stick to the reference design featuring a dual slot cooler. The reference version runs at 915MHz/980Mhz Core/Boost clock while the Superclocked model runs at 967Mhz Core and 1046MHz Boost Clock. Both models are available in 2GB - 4GB variants, 4GB models come pre-equipped an EVGA backplate. Product links are given below: 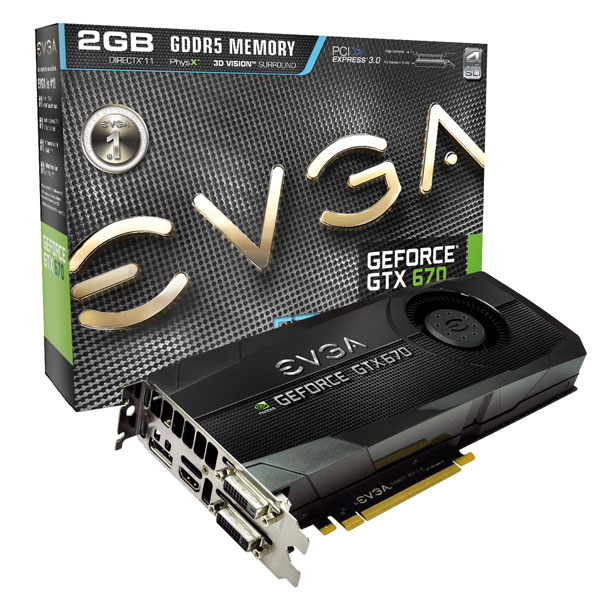 EVGA has also announced its non-reference GTX 670 FTW which is based on the better GTX 680 PCB featuring a core clock of 1006MHz and 1084 Boost clock, Memory has also been clocked to 6208MHz. EVGA's GTX 670 FTW is available for an MRSP of $439.99 which is actually a great price considering the non-reference design and high factory overclocks. For more details head over to product link here - http://www.evga.com/products/moreInfo.asp?pn=02G-P4-2678-KR&family=GeForce%20600%20Series%20Family&sw=