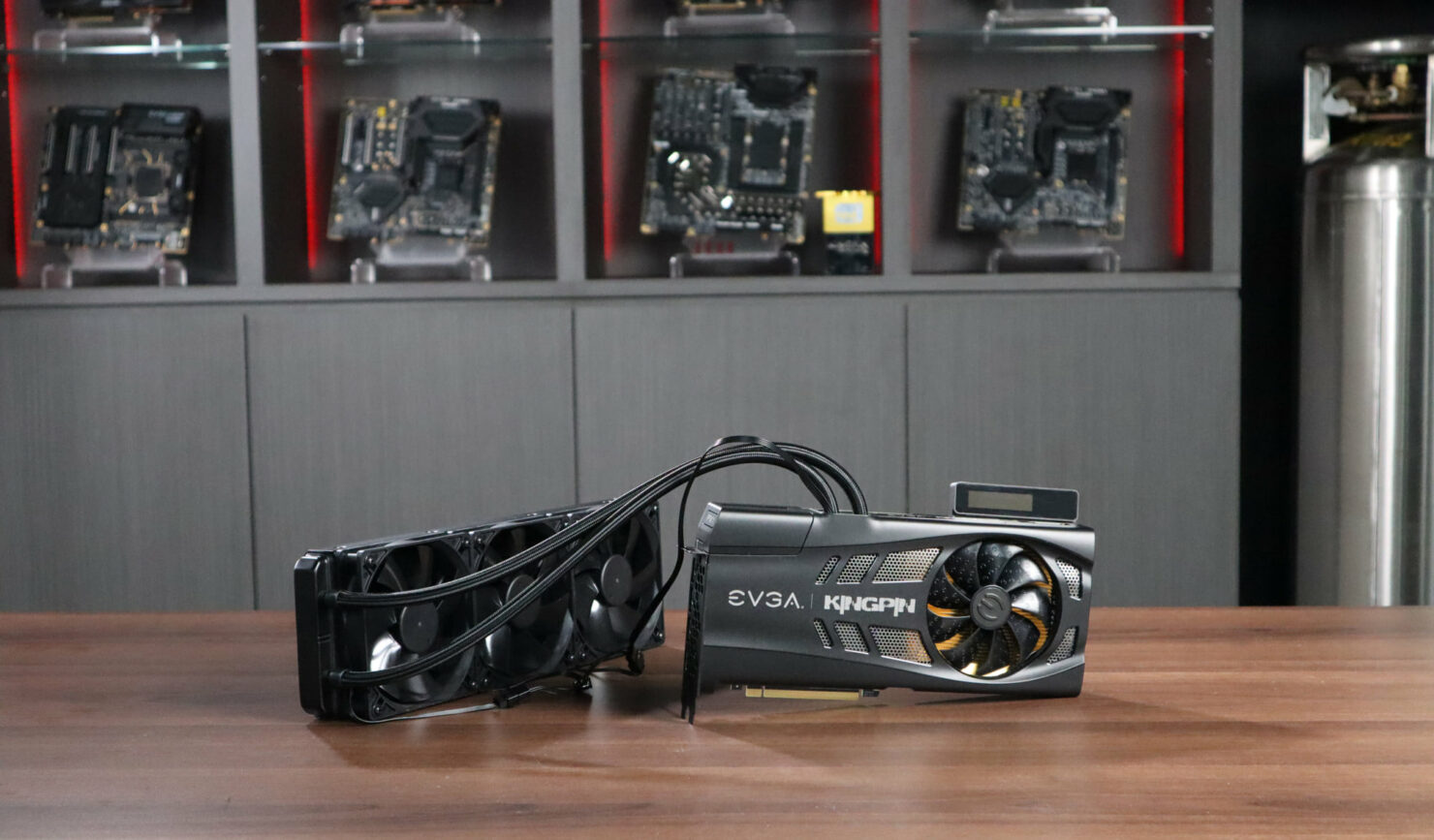 KINGPIN himself has given us a first look at the flagship GeForce RTX 3090 graphics card from EVGA, the GeForce RTX 3090 KINGPIN Hybrid. The graphics card features a design that is made solely for enthusiasts and overclockers. KINGPIN even demonstrated the insane overclocking potential of the card last week by breaking the 3DMark Port Royal world record with a massive 2580 MHz overclock on the same card.

There are definitely a lot of interesting details to talk about regarding the EVGA GeForce RTX 3090 KINGPIN Hybrid. We already got to see how the card looks like when EVGA officially announced its RTX 30 series lineup but other details have been kept a secret. Well, it looks like KINGPIN just went ahead and posted the first full picture of the card itself.

The EVGA GeForce RTX 3090 KINGPIN Hybrid will be the flagship design in the GeForce RTX 30 line from the company. It features a dual-slot design with a wide PCB that is covered by the massive shroud. The wide PCB is used to accommodate more electrical components & a beast of circuitry that is used to power this card. The card features a matte black shroud with mesh grills at the front and a large 9 blade fan that pushes air through the internal assembly. 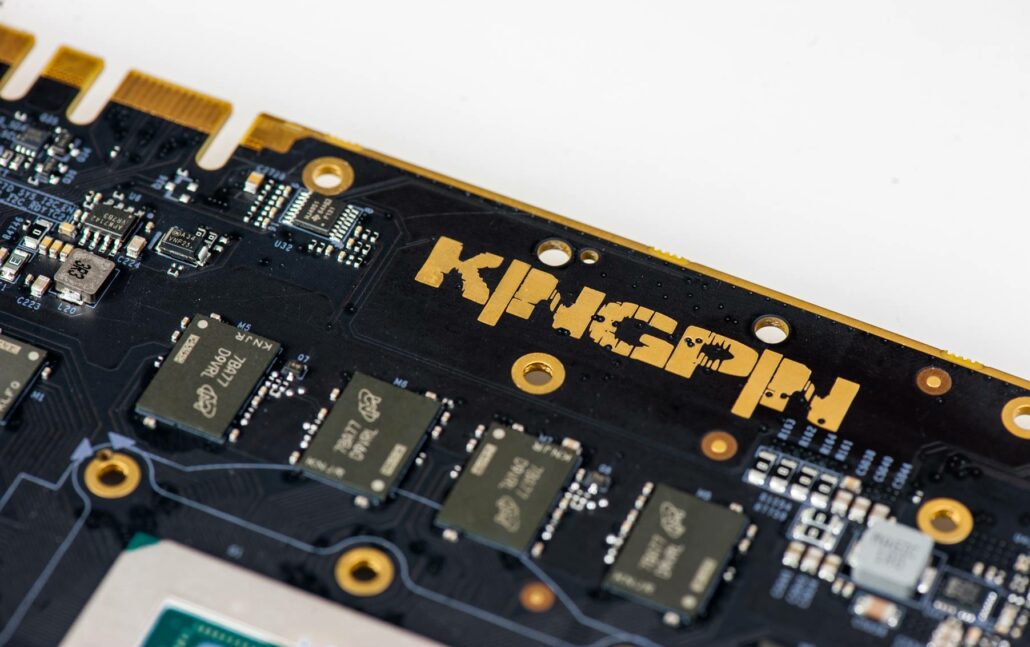 The heatsink for the GeForce RTX 3090 KINGPIN consists of a large copper block that covers the electrical components while the GPU sits underneath the copper cold-plate of the pump. The card is a hybrid design that makes full use of liquid cooling and is attached to a 360mm radiator with three 120mm fans included. This should allow for some cool operating temperatures whether running at stock or overclocked.

Another interesting feature of the EVGA GeForce RTX 3090 KINGPIN graphics card is the small LCD display which can be seen on the side by the end of the shroud. This LCD should provide some useful functionality and maybe even some tuning options to users. In teaser shorts, it can be seen that the card will feature three 8-pin power connectors featured on the back of the PCB.

Display outputs include the standard three DP and a single HDMI 2.1 ports. There's no word on the pricing and availability yet but we can definitely see the card being a hit amongst overclockers and enthusiasts when it launches.