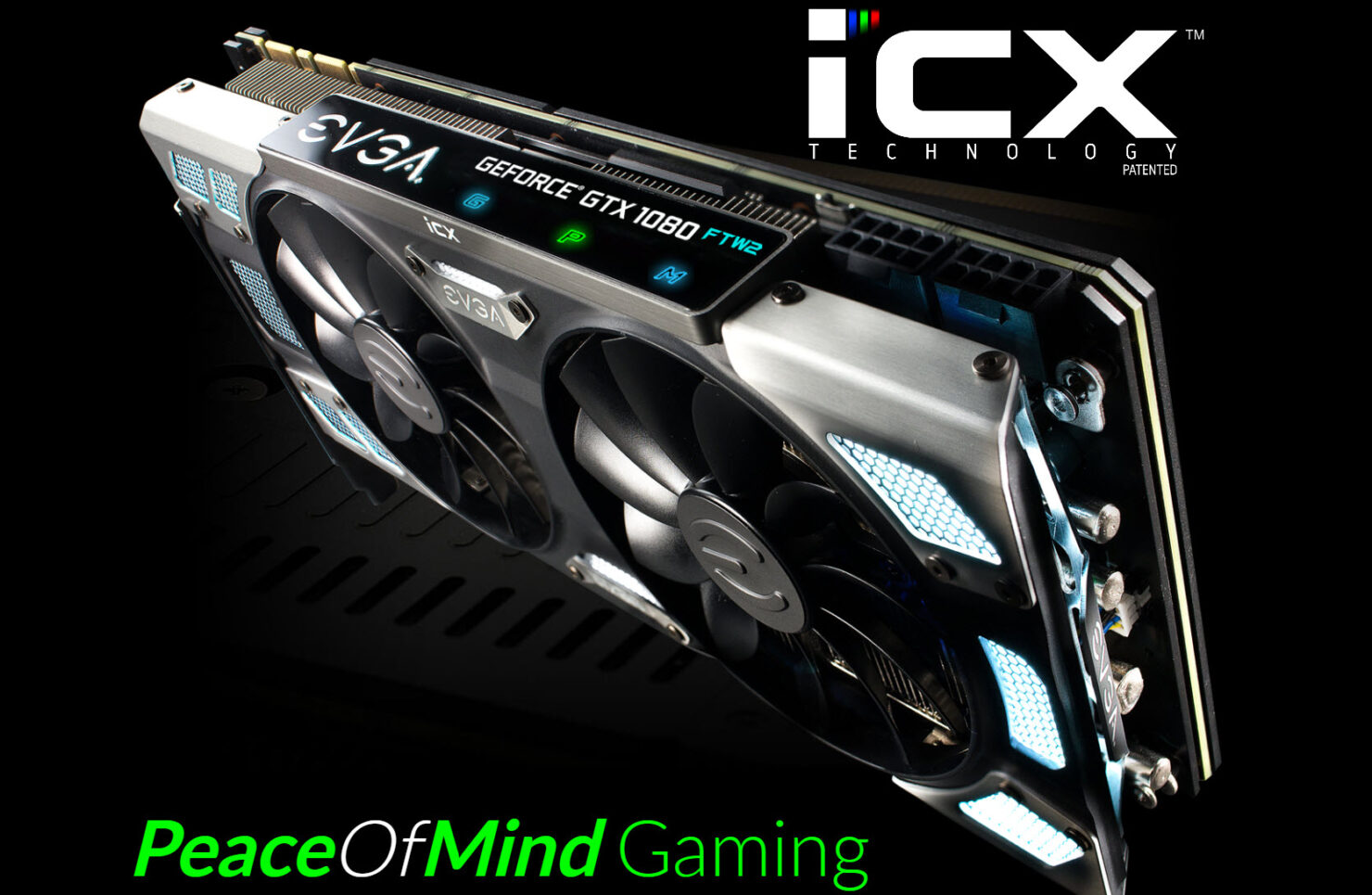 EVGA was recently hit with a massive backlash due to their cards featuring poor VRM cooling. This led to a lot of users facing thermal problems and even entire cards exploding which made a dent in EVGA's reputation. The company decided to fix this issue by replacing the older ACX (Active Cooling Xtreme) line of graphics cards with the new iCX family.

The GeForce 10 iCX family comes with a range of enhancements over ACX. A total of 9 new features have been deployed in the lineup which include: 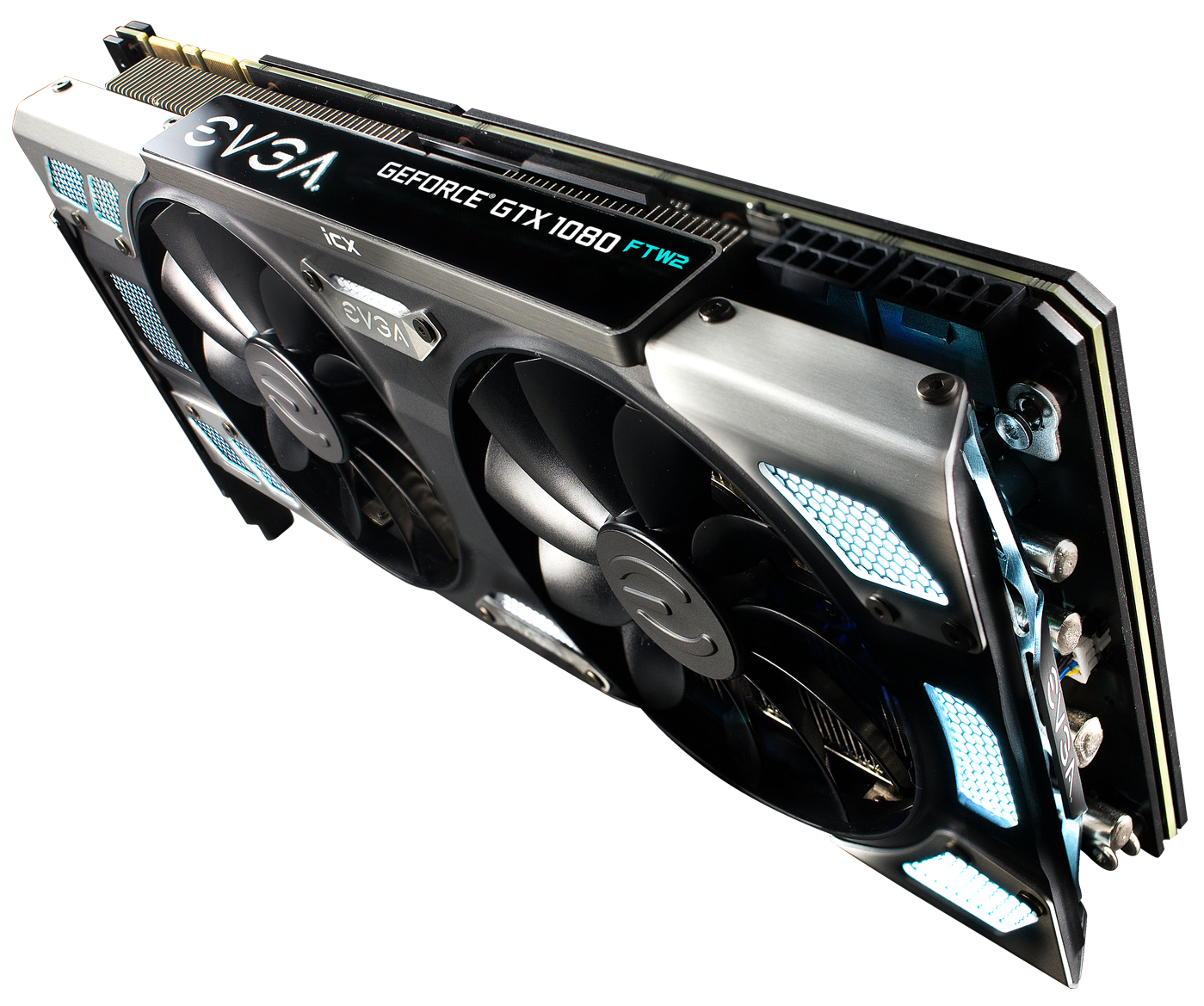 The cards feature a fully custom built PCB that is a combination of quality engineering, new thermal modules and an elegant LED and Precision XOC tuning system.

Finally, we have the internals which are made of an airflow optimized fin design that has several fin holes that direct air through them. The half open fin maximizes airflow and L-shaped fins increase surface contact with GPU and memory. The interlaced pin fin on the baseplate maximizes heat dissipation through increased surface area on the baseplate. To top it all up, there's a gorgeous die-cast, form fitted baseplate and backplate that comes included with the new cards. You can read some reviews/previews of the new iCX graphics cards in the links below:

iCX graphics cards come with a PCB that features 9 thermal sensors and multiple MCUs (Micro Controller Units ). All 9 sensors are displayed in the EVGA Precision XOC and OSD utility. These sensors point out load and temperatures of the various power delivery systems featured on the card, including the GPU. EVGA has also integrated a safety fuse that adds an additional layer of protection. It ensures that the card doesn't reach the point where it would explode as the previous ACX variants.

The cards also feature new asynchronous fan control technology which includes separate fan control and fan curve for both fans. This technology ensures that the specific parts underneath them are cooled adequately. For instance, the GPU may be running hot but the VRMs under the second fan would be under optimal load. The first fan would start spinning at higher RPM compared to the second fan. The two functions of this fan cooling technology are:

The cards also feature an internal RGB side panel which displays thermal activity. It's a small yet useful feature which would let you know the temperatures of various components (GPU/Mem/PWR) on your new EVGA iCX cards. 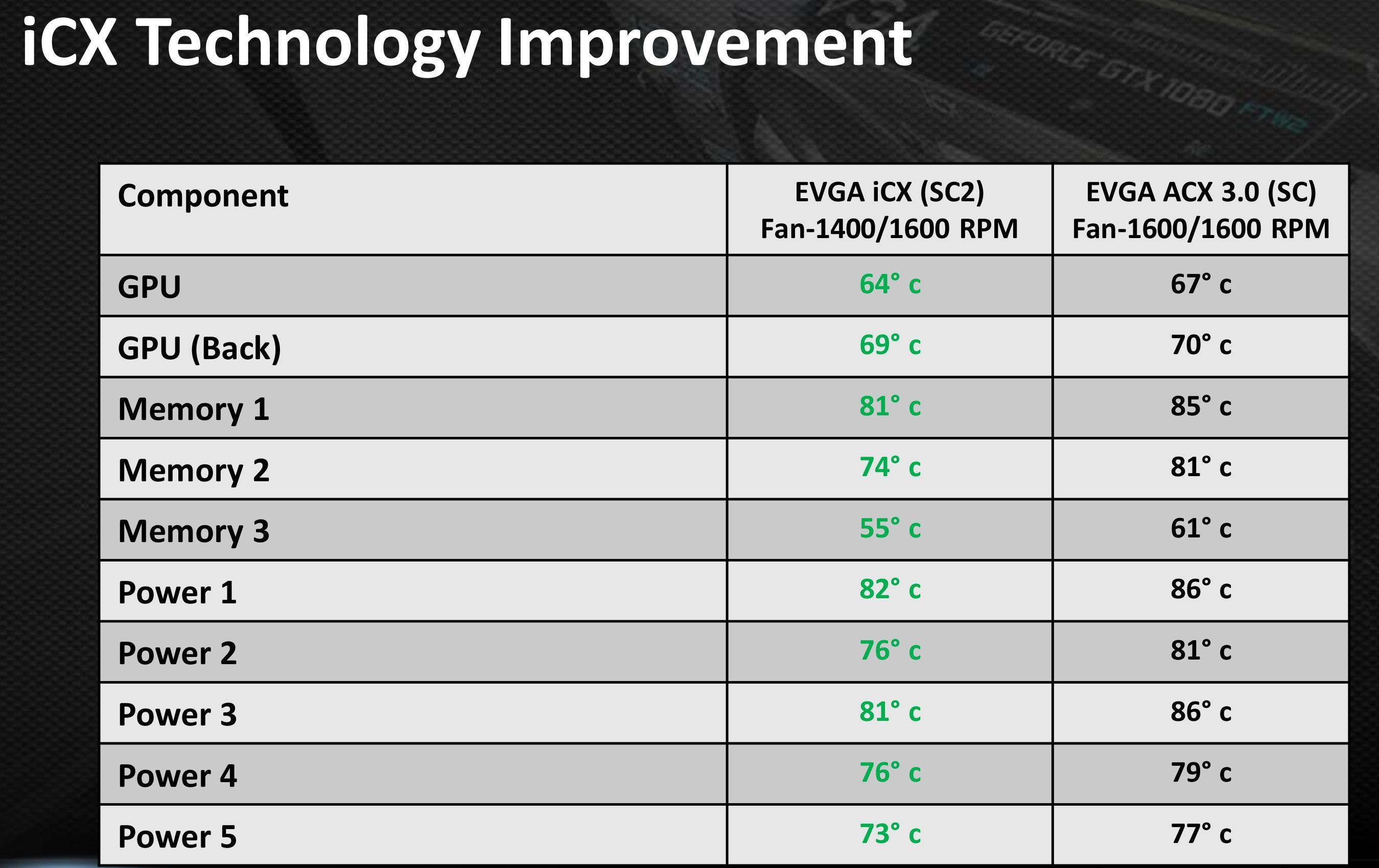 EVGA ACX Owners Can Upgrade To iCX By Paying $100 US 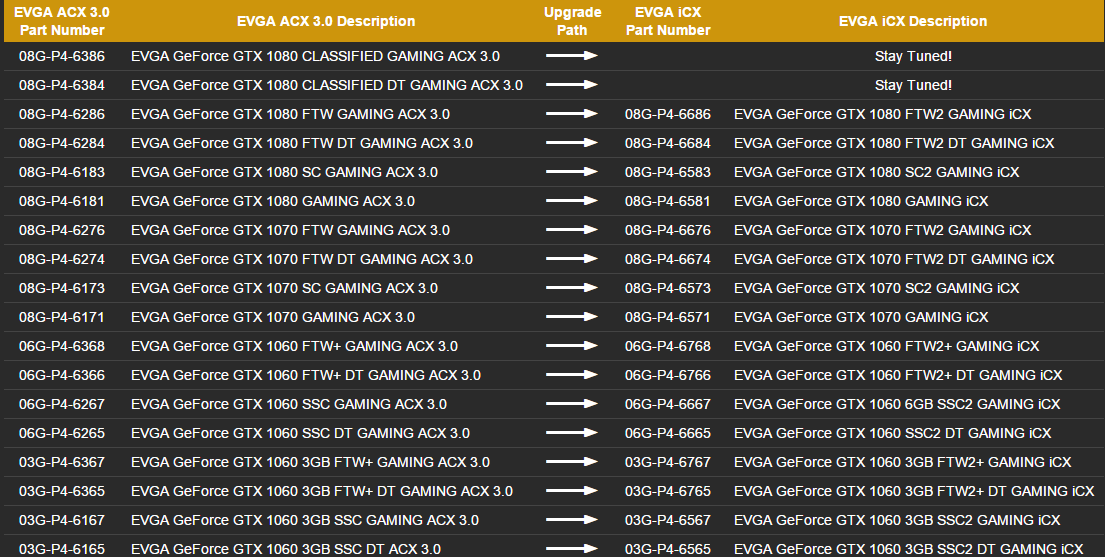 What does it cost and what do I receive with an iCX Upgrade?

The EVGA ACX 3.0 to iCX Upgrade Program also has other great benefits:

There are 10 new cards in the lineup which include three GTX 1080s, three GTX 1070s and four GTX 1060s. The various cards are based on FTW2, SSCC2, SSC2 and reference clocked designs. The following is a list of all graphics cards along with their pictures, prices and product links:

All models have their clock speeds and further specifications listed on their respective product pages. Most of these cards will be available at retail, starting today. We can expect a few more variants such as GTX 1060 class products available in the coming weeks. They have already mentioned Classified variants to be added to the iCX lineup so expect details on those soon too.