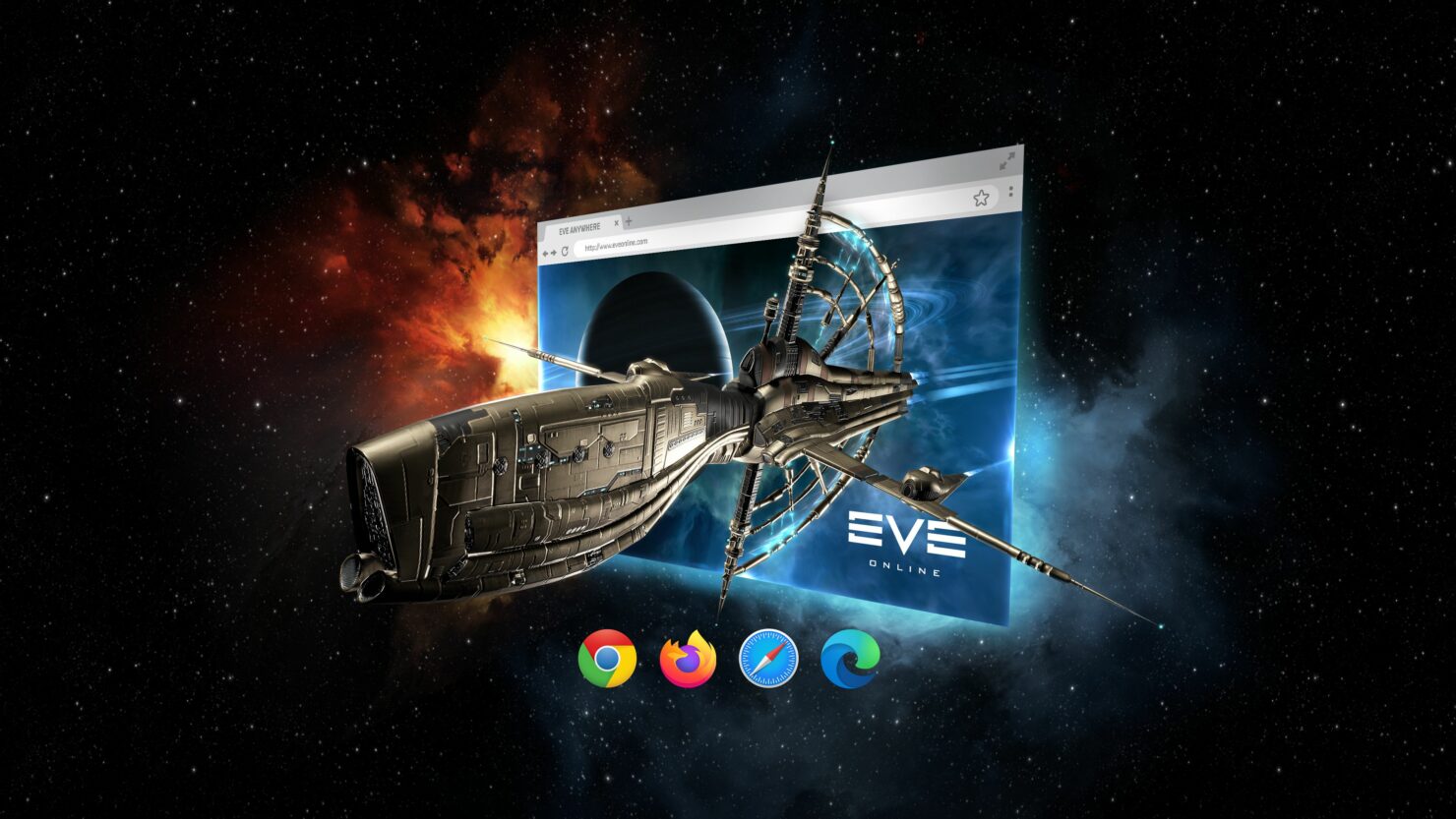 It seems like CCP Games is really committed to allowing players to play EVE Online almost literally anywhere possible. Especially when you consider that just last week, we had the announcement of the game becoming playable in the form of Excel spreadsheets. This week, the team at CCP has announced that the game will now be playable in browsers as well through the power of the cloud.

CCP Games announced a Cloud-based platform that allows players to play EVE Online from their favorite browser. This initiative is called EVE Anywhere and it's made in partnership with Intel to allow pilots to command their fleets through Chrome, Edge, Firefox, and Safari on any desktop or laptop computer.

CCP Games explained how this platform works in a press release:

EVE Anywhere is powered by Intel technology, allowing CCP to remotely access high-capacity servers with state-of-the-art CPUs via the cloud. By operating in the cloud, EVE Anywhere removes the barrier of hardware limitations and opens up the MMO’s iconic adventures to new audiences.

This revolutionizes both the accessibility and pace of the game, as anyone can play ‘virtually’ anywhere they want and seamlessly switch between a web browser or the EVE Online client’s launcher.

EVE Anywhere was incredibly well received by those testing it in beta over the past year. We truly appreciate you Capsuleers who tried it out and shared invaluable feedback to help us improve the experience. Thanks to all of your help, we’re finally ready to get EVE Anywhere into your hands, no matter your browser preferences.

EVE Anywhere might not sound new to some players. The platform was originally presented as a beta last year for select members in European regions. It was met with positive reception and it also had more than 11,000 users across the globe who have streamed 86,000 sessions.

This new platform is currently leaving its limited beta form and is now available for all EVE players in the United States and select European regions. EVE Anywhere will be available for additional territories later this year.