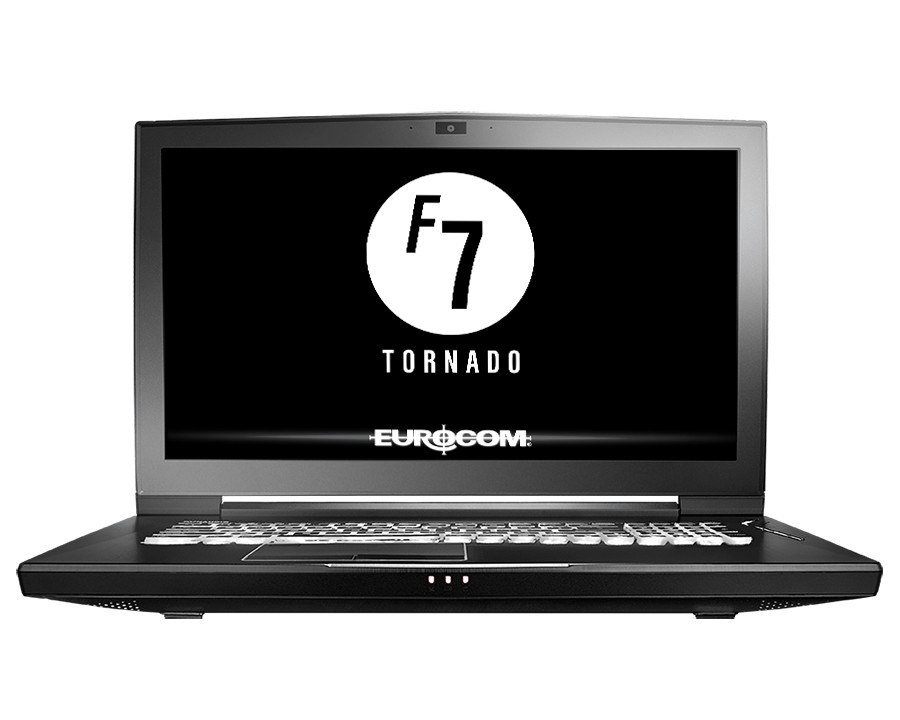 The GPU's are upgradeable via MXM 3.1, slot-based GPU technology and the size of each module is 82mm x 105mm. Eurocom offers a wide choice of processors ranging from i9 9900K, i7 9700K-which are 8-core CPU's, as well as Xeon 6Core/12Thread E-2816G CPUs. These processors are LGA 1151 socket-based, allowing for future upgrades to next-generation processors once they are available.

The Tornado F7W comes loaded with security features critical to the management of intellectual property assets of users, companies and organizations. It is equipped with a SmartCard Reader and a Fingerprint scanner for security access as well as TPM 2.0 and BIOS disk encryption for data encryption. These added security features by Eurocom improve the protection of intellectual property assets and restrict access to critical data.

In terms of storage space, the Tornado TFW supports up to 5 physical drives with a total space of 22TB. It supports three M.2 NVMe SSD slots and two 2.5-inch SATA3 bays running in multiple RAID configurations-including RAID 0/1/5/10. It also allows RAID 0/1/5 configuration with NVME SSD's. This feature is also uncommon in most of the high-end laptops in the market today and is one of the many reasons Eurocom laptops stand above the rest, in terms of offering power users extra capabilities they need to perform complex tasks and processes.

The Tornado F7W is loaded with many ports allowing the usage of 4 total displays. The following ports are also provided: Thunderbolt 3.0, 5 x USB 3.1, HDMI 2.0- just to name a few.

Unfortunately, they have not announced battery life, which with the specs listed here shouldn't be very good though mobile workstations are generally designed to work plugged in.

Eurocom has not announced pricing nor when it will be launching.