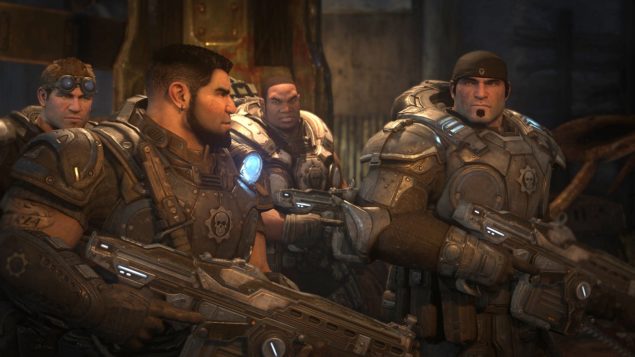 Gears of War 4 is now being developed by The Coalition, as you probably know. But the IP was originally created by Epic Games, the makers of the Unreal Engine, back during the Xbox 360.

In a huge, seven pages long feature article on Polygon, we learned a lot about the past and the future of Epic from the very founders of the company. Among many topics, they have discussed the reasons behind their decision to sell the Gears of War IP to Microsoft on January 27, 2014; on the outside, it seemed like it was a very successful partnership.

However, Co-Founder Tim Sweeney explains that Epic looked at the progressively shrinking margin of profit.

The very first Gears of War game cost $12 million to develop, and it made about $100 million in revenue. It was very profitable.

By the end of the cycle, Gears of War 3 cost about four or five times more than the original to make. The profit was shrinking and shrinking. We calculated that, if we built Gears of War 4, the budget would have been well over $100 million, and if it was a huge success, we could break even. Anything less could put us out of business.

That’s what caused us to move and change business models.

Now, Epic is completely focused on free-to-play online games for PC like Paragon, Unreal Tournament and Fortnite: a huge shift from the console oriented development of the Gears of War trilogy. But that's not the only reason, as there were also differences of opinion with publisher Microsoft.

When we released Gears of War: Judgment, a bunch of community players were complaining about all the multiplayer levels we created. We realized that, you know, there are some problems with this, we should rework it, create a bunch of new content and release multiplayer around a new game just like we did in the project that was the genesis of Unreal Tournament. We had all these plans to do this, and so we went to Microsoft and we said, ‘Hey, we want to do this.’ And they said ‘No, you don't want to do that.’

We weren't asking them for money, but you know as our publisher and proprietor of Xbox, it didn't fit into their business plans and so they said no. That made me realize very clearly the risk of having a publisher or anybody standing between game developers and gamers — and how toxic and destructive that process could be to the health of a game and its community.

Gears of War: Ultimate Edition recently released on Windows 10 PC, albeit with all of its performance issues. Gears of War 4 has been confirmed for an October 11 release on Xbox One, though a PC port seems likely.