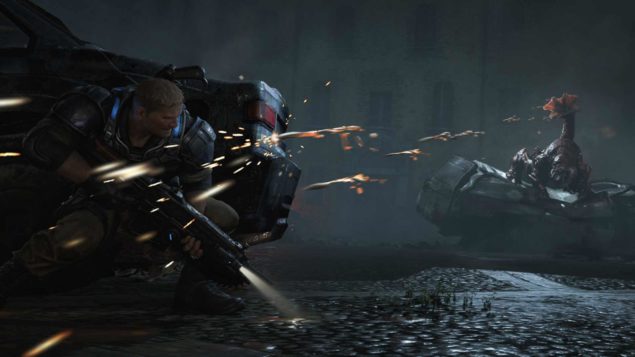 Just last week we reported a hint by Xbox's Marketing Head Aaron Greenberg about Gears of War 4 coming to PC. Today, The Coalition's Studio Head Rod Fergusson (who worked on the Gears of War franchise as Director of Production while at Epic Games) replied, in one out of 105 questions & answers with Game Informer, that the game is indeed "possibly" coming to the platform.

This definitely fits Microsoft's new policy, so we won't be surprised at all to hear a confirmation at E3 or Gamescom 2016. Of course, if the game indeed comes to PC we really hope for a better port than the one we just experienced with Gears of War: Ultimate Edition, though admittedly this new entry will be based on Unreal Engine 4 rather than the outdated Unreal Engine 3.

Fergusson also confirmed the resolution & frame rate targets for the Xbox One version: Gears of War 4 will run at 1080P@30FPS in the single player mode and 60FPS (presumably with a lower resolution) in multiplayer, following the trend of other games like Naughty Dog's Uncharted 4.

Other tidbits were that he'd use the word tense to describe Gears of War 4 and that there will be some jump scares; moreover, there will be three playable characters and two player co-op offline & online has been confirmed too.

Stay tuned for more information about one of the most anticipated third person shooter (TPS) games due in 2016.