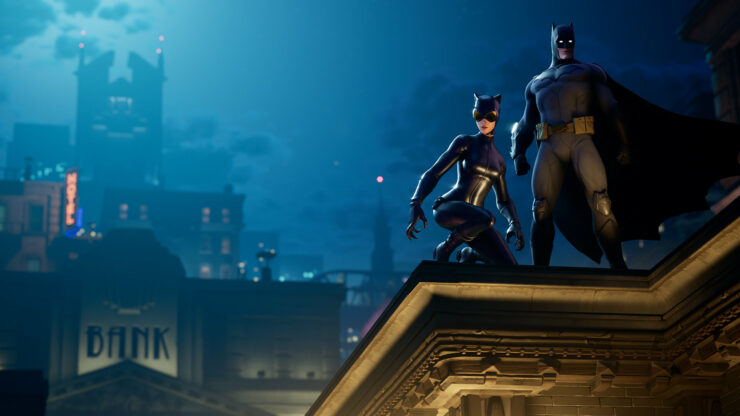 Epic Games announced with a brief news post that skill-based matchmaking and bots are coming to Fortnite Battle Royale.

Since Battle Royale launched, the matchmaking strategy for our core modes has remained mostly unchanged. Over the past two years, however, the range of player skill has grown considerably. In Arena, we use Hype-based matchmaking to ensure players are matched evenly across platforms.

In the v10.40 update, we’re introducing improved matchmaking logic to Battle Royale core modes to create fairer matches. What does this mean? You will be more likely to match with players of similar skill, and as you get better, so should your opponents. We will slowly roll this out to all regions across Battle Royale core modes as we test and monitor how it performs. We’re excited to get this out for everyone to play with and will continue to update the system. We’ll update you when it’s fully live across all regions to get your feedback as you try it out.

Bots
In the next Season, we are adding Bots to Fortnite. They will behave similarly to normal players and will help provide a better path for players to grow in skill. Bots will work in conjunction with the new matchmaking system, and as your skill improves, you’ll face fewer Bots. Bots will not be present in Competitive playlists. This is another system that we will continue to update and iterate.

In related Fortnite news, Epic Games did a whole new crossover event (after the recent one with Borderlands) featuring Batman on the Caped Crusader's 80th birthday. Tilted Town has been turned into Gotham City and players can find Batman-themed items such as the Grapnel Gun and the Explosive Batarang. There are also plenty of Batman-themed cosmetic items to be found in the game's Store, as you might expect, including a Catwoman outfit and Glider.