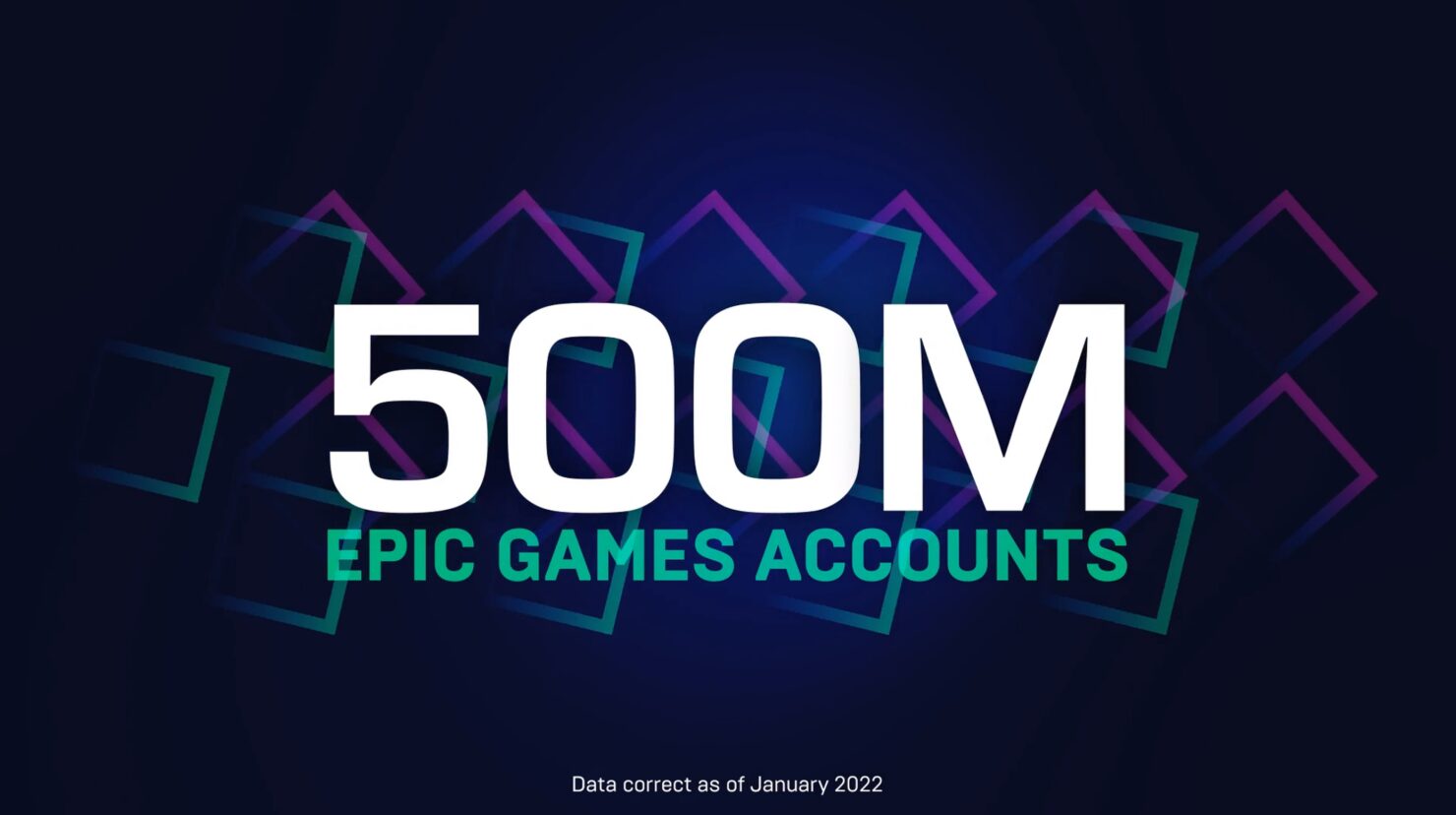 Epic Games shared lots of interesting new user figures and milestones, starting with having surpassed 500 million accounts on the Epic Games launcher as of January 2022. There are also over 2.7 billion 'friend connections' across the Store, Fortnite, and Rocket League.

In 2021, Epic also registered a 40% uptick in Unreal Engine downloads. As of last month, over a million MetaHumans were created with the free cloud-based app.

Sketchfab (acquired by Epic Games back in July 2021) recently passed the seven million member milestone, too. Quixel assets are also extremely popular among creators; according to Epic, the Swedish company (purchased in late 2019 to access the world's largest photogrammetry library) registered 32 million downloads in 2021.

Epic said 48% of announced next-gen games are powered by Unreal Engine technology. Of course, the Unreal Engine 4 still makes up the lion's share of that as several developers don't want to switch to Unreal Engine 5 yet. However, the first Unreal Engine 5 games are coming, such as STALKER 2: Heart of Chernobyl, Dragon Quest XII: The Flames of Fate, Senua's Saga: Hellblade II, and Black Myth: Wukong.

Meanwhile, Epic was all too happy to reveal that its The Matrix Awakens: An Unreal Engine 5 Experience tech demo for next-generation consoles has been downloaded over six million times as of February 2022.

Another growth area for the Unreal Engine is film and TV. Epic said there were 1.5 times more film/TV projects in the works with Unreal Engine last year when compared to 2020.  The following productions took advantage of Unreal Engine in some capacity: Jungle Cruise, The Suicide Squad, Free Guy, Mortal Kombat Legends: Battle of the Realms, Venom: Let There Be Carnage, Dune, Spider-Man: No Way Home, and The Matrix Resurrections.