Embark Studios’ First Game to Be Revealed This Year, According to NEXON 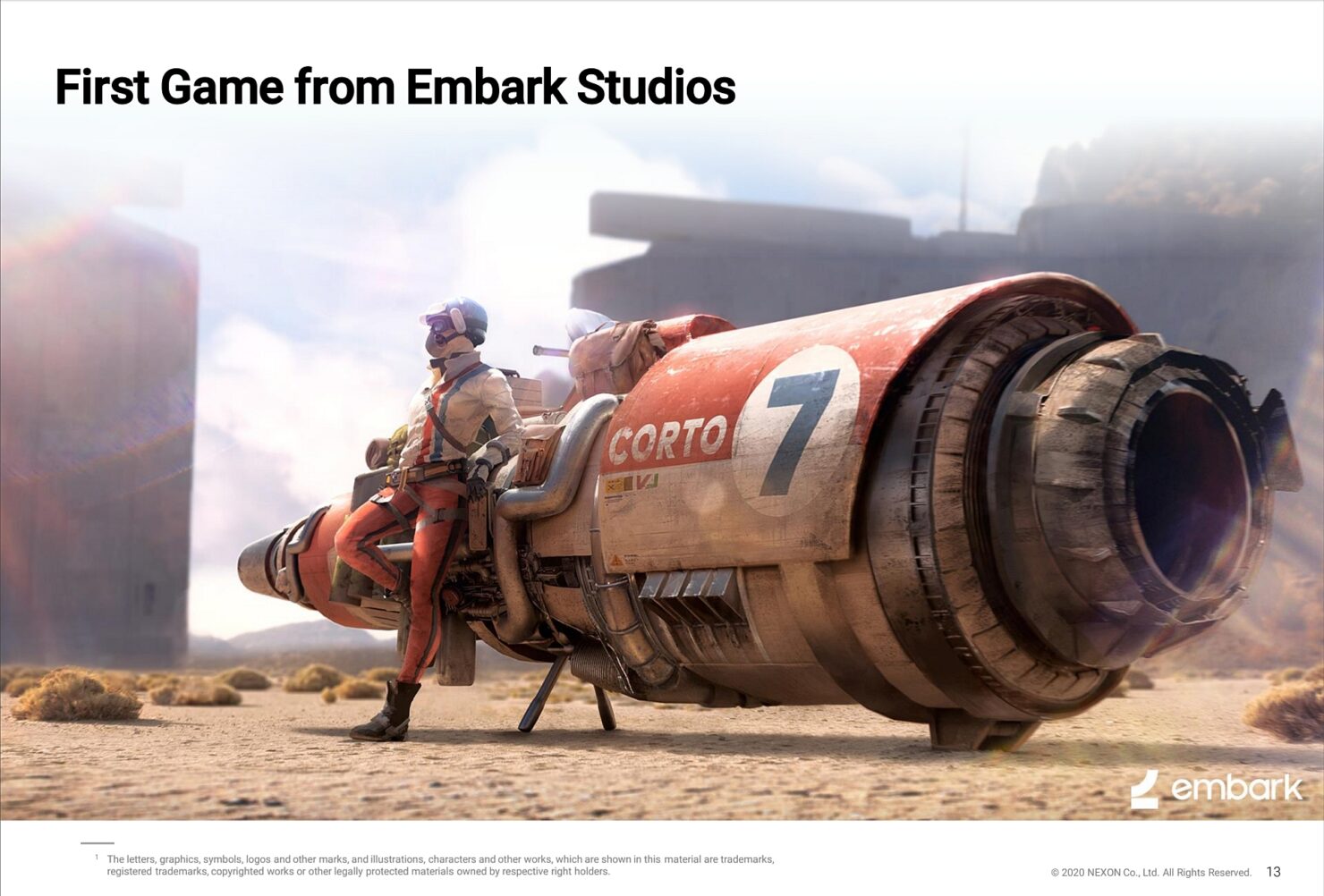 After reaching out to the developer, we got a statement from PR explaining that NEXON actually meant the game will be revealed, instead of released, this year. Still, we'll get to see it at least.

Embark Studios, the Stockholm-based development team founded by former DICE and EA executive Patrick Söderlund, might be releasing its first game sooner than we thought.

Embark Studios got established only in November 2018 and yet, according to NEXON's financial report from last week, they are set to release their first game this year.

Perhaps, in hindsight, there were some clues. The development team has been quite open about what's going on behind the scenes, posting regular updates on Medium, and one of these from about a year ago mentioned the goal to put the game out there as soon as possible.

[...] And for a small studio like ours, the right way to tackle this won’t be to hide away for years, trying to develop something big and complex that may or may not succeed.

Instead, we’re focused on getting something out there quite fast that we can build upon — a really fun game that, if popular, can expand with design and functionality that take us closer to our long-term vision.

It sounds like an early access release of sorts. What kind of game will it be, anyway? Well, Patrick Söderlund did provide some hints about that, too, stating that it'll be 'a cooperative free-to-play action game set in a distant future, about overcoming seemingly impossible odds by working together'.

One of the goals of Embark Studios is also to build tools that would let any gamer, even without any coding experience, participate in the game creation process.

But there's more, as the studio is also doing interesting things from a technical standpoint. Despite the relatively small team (around 90 employees), the goal is to create 'large worlds with high visual fidelity'. As you can see from the tests below, the visuals are already impressive, powered by Unreal Engine 4, photogrammetry and 'procedural workflows to avoid manual input to the largest extent possible'.

Embark does have the technical prowess to pull off such feats. For instance, they've got Johan Andersson, one of the creators of DICE's Frostbite Engine, as their Chief Technical Officer.

Beyond Embark Studios, as a side note, NEXON's pipeline for 'North America and the rest of the world' includes the Western release of mobile RPG SINoALICE, directed by Nier's Yoko Taro; the cross-platform free to play kart racing game KartRider: Drift; Dynasty Warriors 9 Mobile and, perhaps more interestingly, Final Fantasy XI R, the highly anticipated reboot of the original Final Fantasy MMO, made in Unreal Engine 4 technology for Android and iOS devices. That was announced back in 2016, so it's good to know it's still being developed. 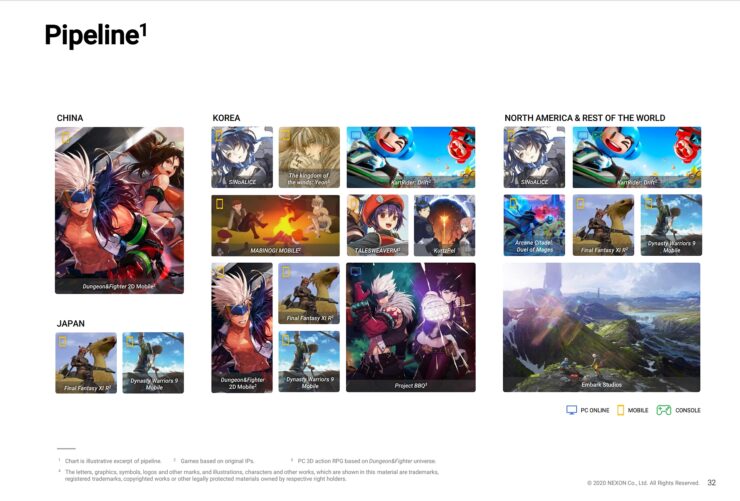 EA: You Should Get Full Value for the Money You Spend, We Don’t Want You To Be Able To Pay Your Way To Be Better Than Others

EA’s CDO: We Can’t Afford To Make Mistakes with Monetization in Anthem or Battlefield 2018, and We Won’t