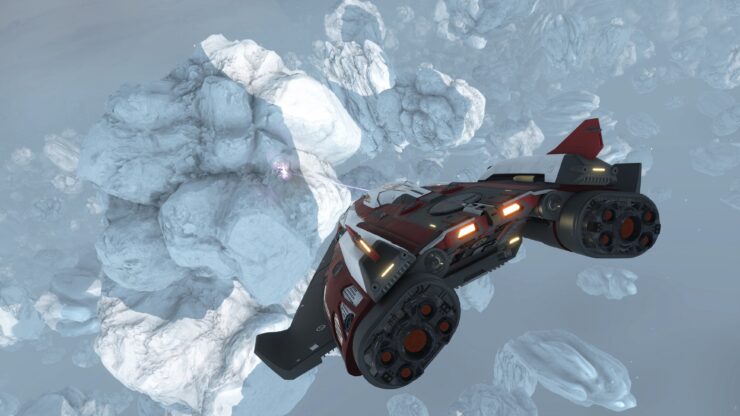 The developers behind Elite Dangerous apparently decided to ditch their marketing plans and just reveal three fairly big bits of news to make your Friday night that slightly more interesting.

That's because there's not one, not two, but three bits of information about upcoming expansions.

The Engineers will be the game's biggest update. That's not just PR exaggeration - it's absolutely massive. I'm pretty sure it would take all evening to go through it, and it'd be infinitely more enjoyable to see them firsthand. Still, that's an impressive list.

The longer version of the news, as explained by the developers, goes into more detail on new features and improvements.

New to PC on May 26, The Engineers opens up a world of customization options that change the way you fly, trade, explore and fight in the Elite Dangerous galaxy. Hidden on planet surfaces across the populated galaxy, each Engineer has a unique personality and history, and they just might choose to help you with their unique weapons and specialized modules… for the right price.

On May 26 Frontier will also launch its biggest ever free update for Elite Dangerousplayers on all platforms, featuring a new mission system, collectable loot and hundreds of gameplay additions and tweaks. Xbox One players will further benefit from the addition of Private Group play and fully customizable controls.