Remember the last time Elephone showcased its price performance handset? Yes, we are talking about the Elephone P7000, the $240 smartphone that would give Galaxy S6 a run for its money. Well, turns out that the company has announced Elephone P9000, which carries a price of $499, but that is only because you guys have not heard the juicy parts of the smartphone. It features MediaTek’s Helio X20 SoC; yes, the one that features a 10 core processor, coupled with 4 GB of RAM. Looks like the Chinese firm and its flagship offering are going to be making headline waves once more. 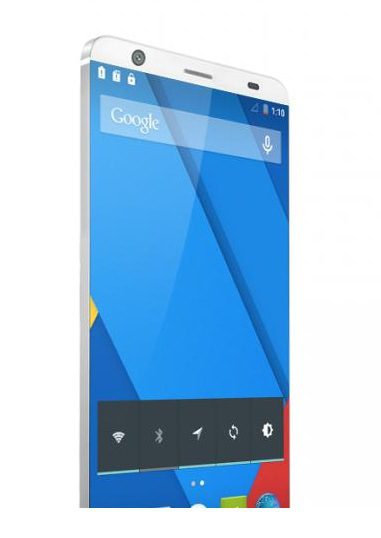 Elephone P9000 Is Armed With An Amazing 20.7 MP Camera Sensor And Is Expected To Be Released On October 20th

Details present on Elephone’s website state that the handset will be available to purchase on October 20th, so if you ever wanted to purchase the ultimate handset that features the ideal price/performance ratio, now would be a very good time to showcase your money saving habits. Apart from featuring a deca-core processor and an astounding RAM count, Elephone P9000 also features a 20.7 MP rear camera sensor that is supplemented by an 8 MP one.

Similar to Elephone P8000, Elephone P9000 possesses a 5.5 inch screen size that radiates the 1080p resolution. On the rear side of the smartphone, a beefy 3,100 mAh battery will be present. There will be sufficient amounts of storage on the smartphone since Elephone P9000 will not only feature 32 GB of internal storage, but users can expand that amount up to 128 GB via MicroSD card slot.

One distinct difference between the company and the remaining ones is that this firm is allowing 3rd party developers to roll out different ROMs for its lineup of smartphones. The handset might be running Android Lollipop 5.1 out of the box, but third party ROMs should be present in case the stock one gives the user a hellish experience.

It is disappointing to see that there is no 802.11 ac wireless adapter, just an 802.11 n dual-band one. Elephone P9000 does however, feature an LTE modem, though details have not been provided as to which speed category this modem satisfies.

Regardless, Elephone P9000 will be creating numerous problems for current generation flagship smartphones, and we cannot wait for the benchmarking reports to pop up.