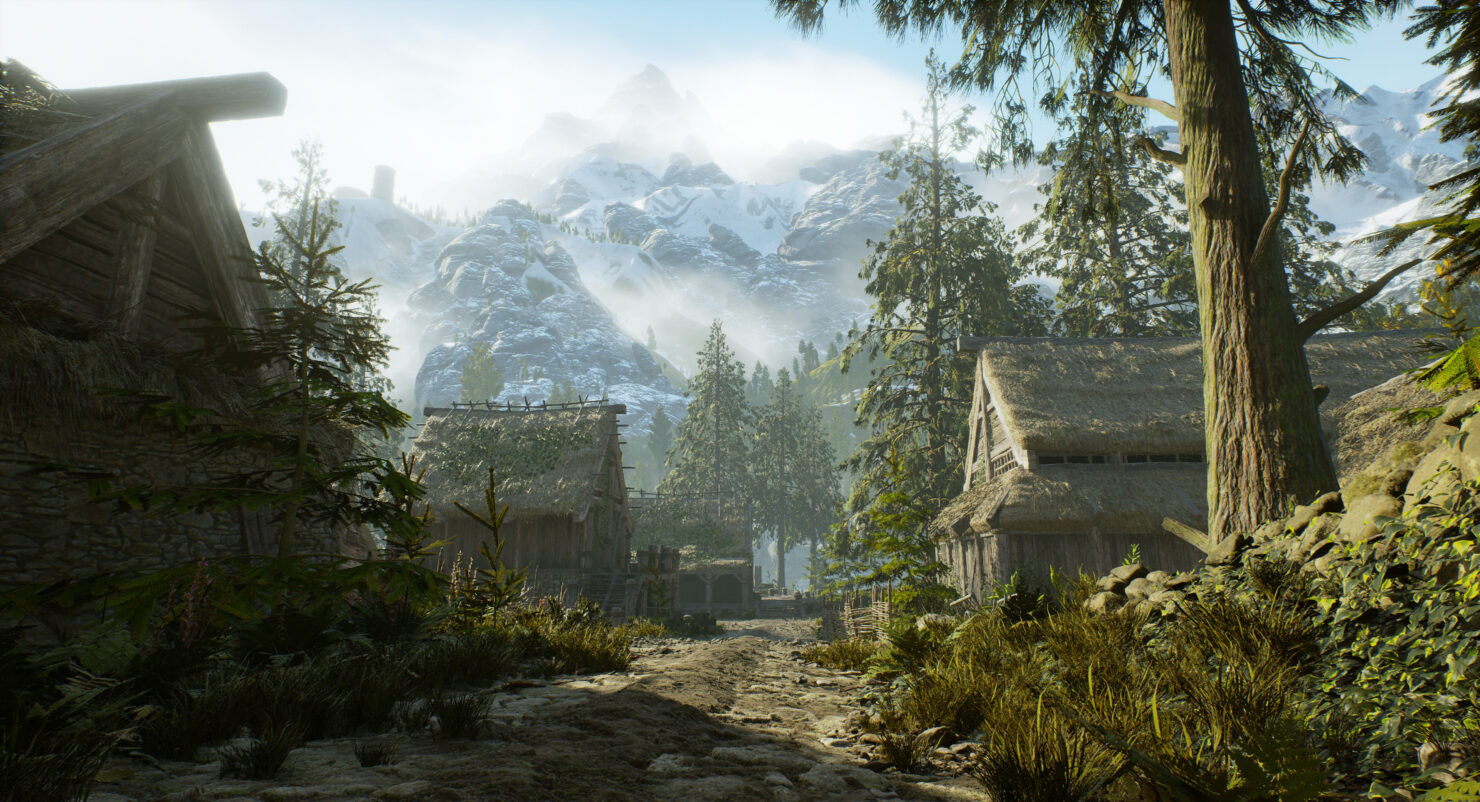 A new video has been released, showing off a part of The Elder Scrolls V: Skyrim, recreated in Unreal Engine 5.

“This is an environment I've been using to work on my photogrammetry workflow, and contains a mixture of my own photoscanned assets and materials, megascans and my own substance materials”, the environment artist writes. “The pine trees were made by me using Speed Tree, and the Spruce trees were from an unreal market asset pack.”

“The majority of the environment was made in a few days, but I've been slowly adding to it as I create new photoscans, including many of the stumps and logs, all but one of the stone surfaces, some bark materials and foliage pieces. Almost all of the assets in the scene have nanite enabled and range in polycount from 100,000 to 15 million triangles.”

We’ve included the Skyrim Unreal Engine 5 showcase down below as well as some high-quality screenshots.

Quite the showcase, and surely we wouldn’t mind a proper next-gen remaster of 2011’s The Elder Scrolls V. Unfortunately, Gomm doesn’t seem to have the intention to release his map publically. What are your thoughts about this showcase? Do you like what you're seeing or are you somewhat disappointed? Hit the comments down below.

The Elder Scrolls V: Skyrim is available globally now for PC and consoles. A special 10th-anniversary edition of the game was released last month.