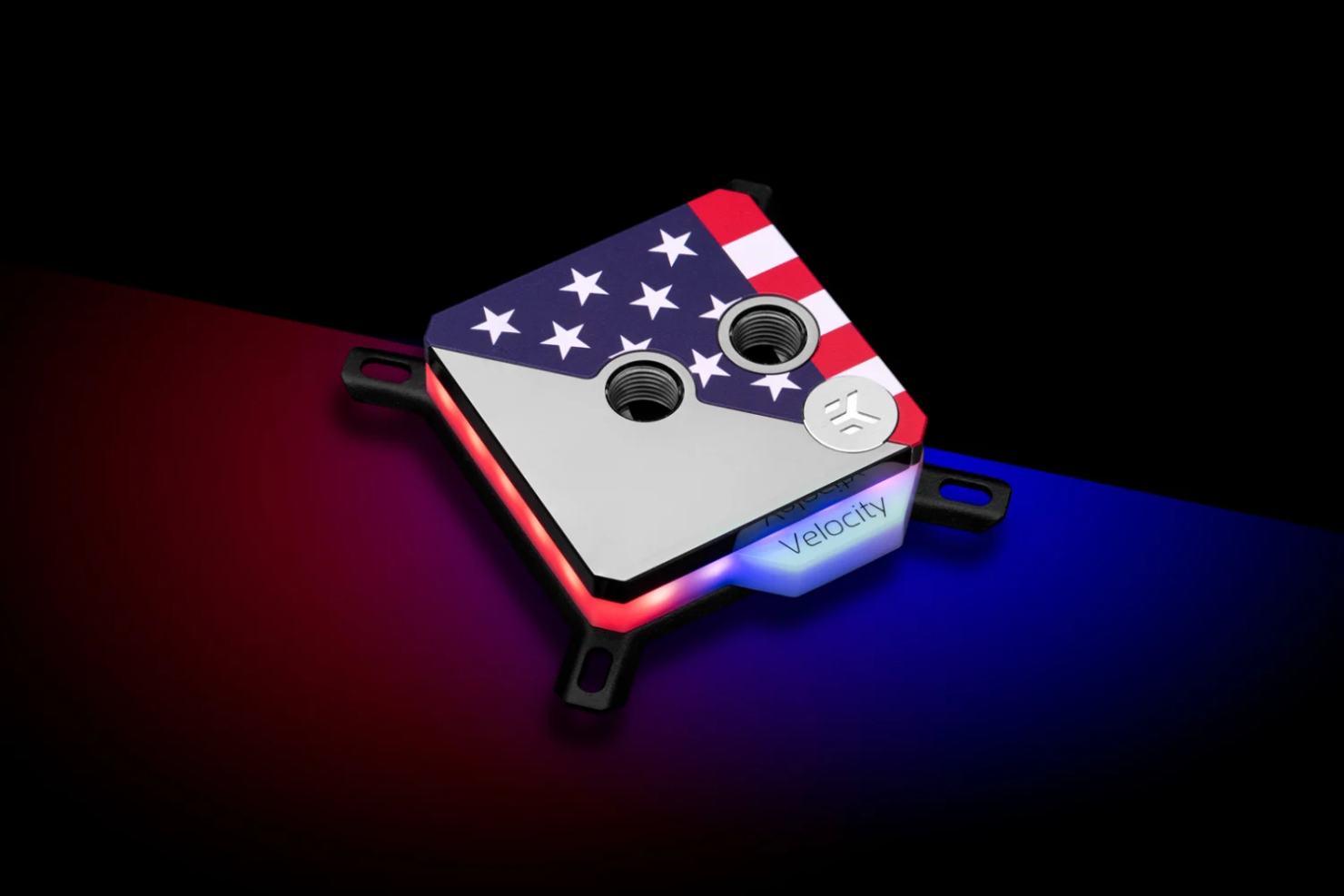 EKWB, a premium water cooling gear manufacturer, has decided to do something special for its American fans this Memorial Day Weekend. Apart from being the unofficial beginning of summer, the last Monday of May has a lot of meaning for many Americans. Memorial Day is the reason why EK has created a special red, white, and blue limited edition Velocity CPU water block with a genuinely noble cause. The brand new limited version of the water block carries the name EK-Quantum Velocity Honor. It is “decorated” with the US flag and will be sold at the price of $249.99. For each water block sold, EK will donate $100 to a charitable organization.

A Truly Noble Cause: Donating A Decent Chunk Of The Proceeds To Charity

Two hundred limited edition Velocity CPU water blocks were made. One hundred of those are equipped with an Intel mounting frame, while the remaining one hundred are AMD-compatible. EK is hoping that all two hundred EK-Quantum Velocity Honor water blocks will find a home, thereby making a donation of $20,000 in total.

All collected funds will go to Shellback Tech, a rapidly growing Disabled Veteran-founded charitable organization. The mission of this organization is to build at least two custom gaming/streaming PCs a month and donate them to disabled veterans and first responders in need, completely free of charge. For EK, this is not their first charity-oriented endeavor, and certainly not the last. Still, to keep this a tradition, EK would like to learn of any charitable causes worldwide that are of great significance to people in the PC enthusiasts community.

The top is CNC-milled out of a solid piece of nickel-plated brass, while the aesthetic cover piece is made of aluminum. The purest copper available is used for the EK-Quantum Velocity Honor cold plate and it’s precisely machined to a dense micro fin structure. The contact surface is machine-polished for better contact with the CPU IHS.

EK-Quantum Velocity Honor CPU water blocks are made in Slovenia, Europe, and are available for pre-order exclusively through the EK Webshop. This product is expected to start shipping out on May 28, 2020.