I spent some time at the bigger sights Rezzed had to offer doing some red carpet chats with John Carmack and David Braben as well as talking to Creative Assembly about Total War: Warhammer which is coming soon, but now we get to the meat of Rezzed and for this article, I had a play around on Raging Justice and a chat with Nic Makin of MakinGames who… well… makes games (geddit?!)

When I finally got my dirty mitts on the Xbox One Elite controller (actually unimpressed by it, check out my review here of the Razer Wildcat for a better alternative) I was instantly transported back to the halcyon days of the early nineties. A time of the Sega Mega Drive/Genesis, the Game Gear, with all its battery chewing glory and Streets of Rage fun. 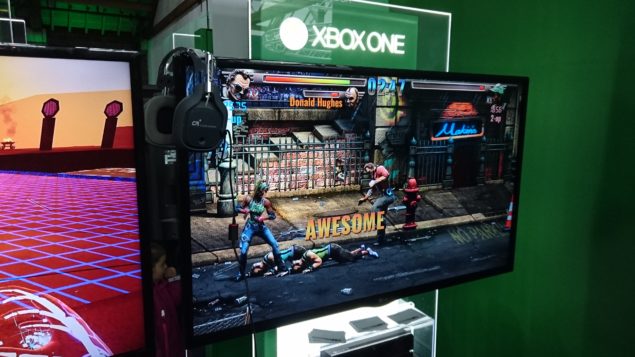 Punch, kick, jump, rush, pick up weapons, bodyslam, kill, repeat until you die or have completed the game. The game is awesome and I love it! 1 player or 2 player coop glory beckons!

W: So Nic, are you the sole person making Raging Justice?

NM: No there’s a small team of three of us developing it, I’m the sole programmer doing all the setup and level design, where the baddies are and everything like that, I’ve got Jay who is the art lead and does all the backgrounds, the characters, all the graphics and the designs of what the characters are going to do and what moves they can do. Then Steve who is our audio, music, sound effects and composer guy.

W: So it’s Xbox to begin with and then…?

NM: It’s going to be multi-platform, the main reason is I’m close with Xbox as I used to work with them, they’ve been really supportive and unfortunately I’m the only programmer so of course as I’m sure you know, the more platforms you support the more work you have to do in coding, testing etc. As such, the focus for now is the Xbox One. We do keep a PC Steam build working and tested and a mobile build tested, so it is coming.

It’s not out on Xbox yet but that will be the first platform we launch on. The plan is Xbox this year (as soon as possible) with a PC version shortly thereafter. We’ve already been greenlit on Steam and those are the two main platforms we’re targeting initially. 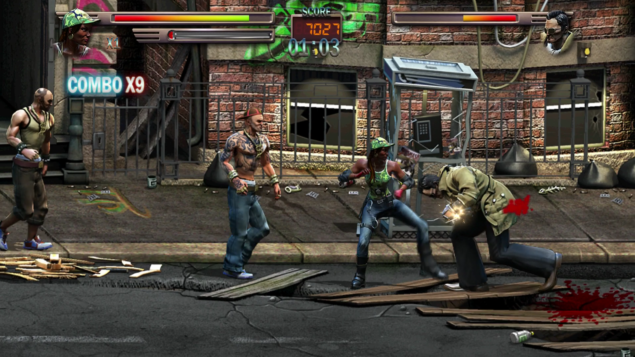 W: Out of curiosity then, consoles these days do seem kind of PC ish in that they use some kind of x86/AMD GPU type setup…

It’s not so much that the game is very problematic, it’s the extra stuff that the platform has that you want to support because that’s what makes the platform great.

W: You’re the sole programmer, so how long has it taken you to get this?

NM: It’s taken a number of years so far, we tend to be hazy on that because it’s almost an embarrassment. I’ve got a day job doing app development, the others also have day jobs. I was in the games industry for about 12 years full time, then a group of us pitched some app development to a company and got the contract. It’s a stable job and I’m at an age and position in my life where I need something stable. Games industry is wonderful but you’re as good as your last game and it’s often a boom/bust scenario.

W: How long do you envisage a single playthrough to take?

NM: We’re aiming an hour and a half or so if you don’t lose any lives etc, but you’re unlikely to do that on your first go. We’ll store your best outcome from each level so if you finish level 4 with only one life left and you struggle to get through level 5, you can go back and redo level 4 and try to finish with more lives and push forward the better score.