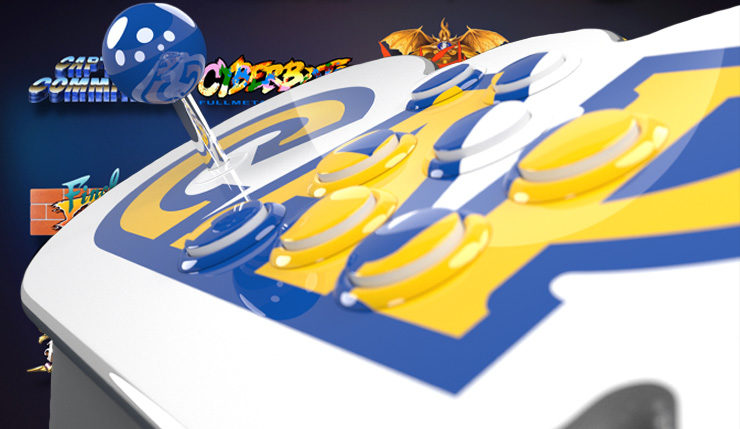 Capcom is following Nintendo, Sega, and Sony, and entering the plug-and-play console market, although they’re doing it in a very Capcom way. The Capcom Home Arcade packs 16 quarter-munching classics into a high-end arcade stick. You can check out a trailer for the Capcom Home Arcade, below.

Here’s the full feature rundown for the Home Arcade:

Emblazoned with Capcom's iconic duotone logo the Capcom Home Arcade delivers a classic single and multiplayer arcade gaming experience. Featuring 16 of the best Capcom titles from the golden-age of arcade gaming, the two full-size premium stick and button configurations allow these games to be played the way they were meant to be played.

Featuring a pair of competition class Sanwa JLF-TP-8YT sticks with 8-way GT-Y directional gates and OBSF buttons for the finest precision, response times and durability. The 16 pre-installed games are from the original Capcom CPS1 and CPS2 arcade ROMs with emulation provided by FB Alpha, delivering an authentic & accurate arcade experience exclusively for the Capcom Home Arcade.

Break some high scores in single player, team up with a friend in co-op multiplayer or destroy them in a head-to-head battle. Then upload your best scores via the Capcom Home Arcade's onboard WiFi to a Worldwide High Score Leaderboard to see how you match up against other players across the globe.

An interesting selection of games, to say the least. We only get a single Street Fighter game, but we do get Cyberbots and Progear? Not that any of these games are bad, but Capcom isn’t exactly playing the hits here. But hey, it’s clear the Capcom Home Arcade is for a very specific subset of fans, as the system costs a whopping €229.99 (US pricing hasn’t been announced yet, but expect it to be around $250).

The Capcom Home Arcade launches on October 25. What do you think? Are you intrigued, or is this too rich for your blood?