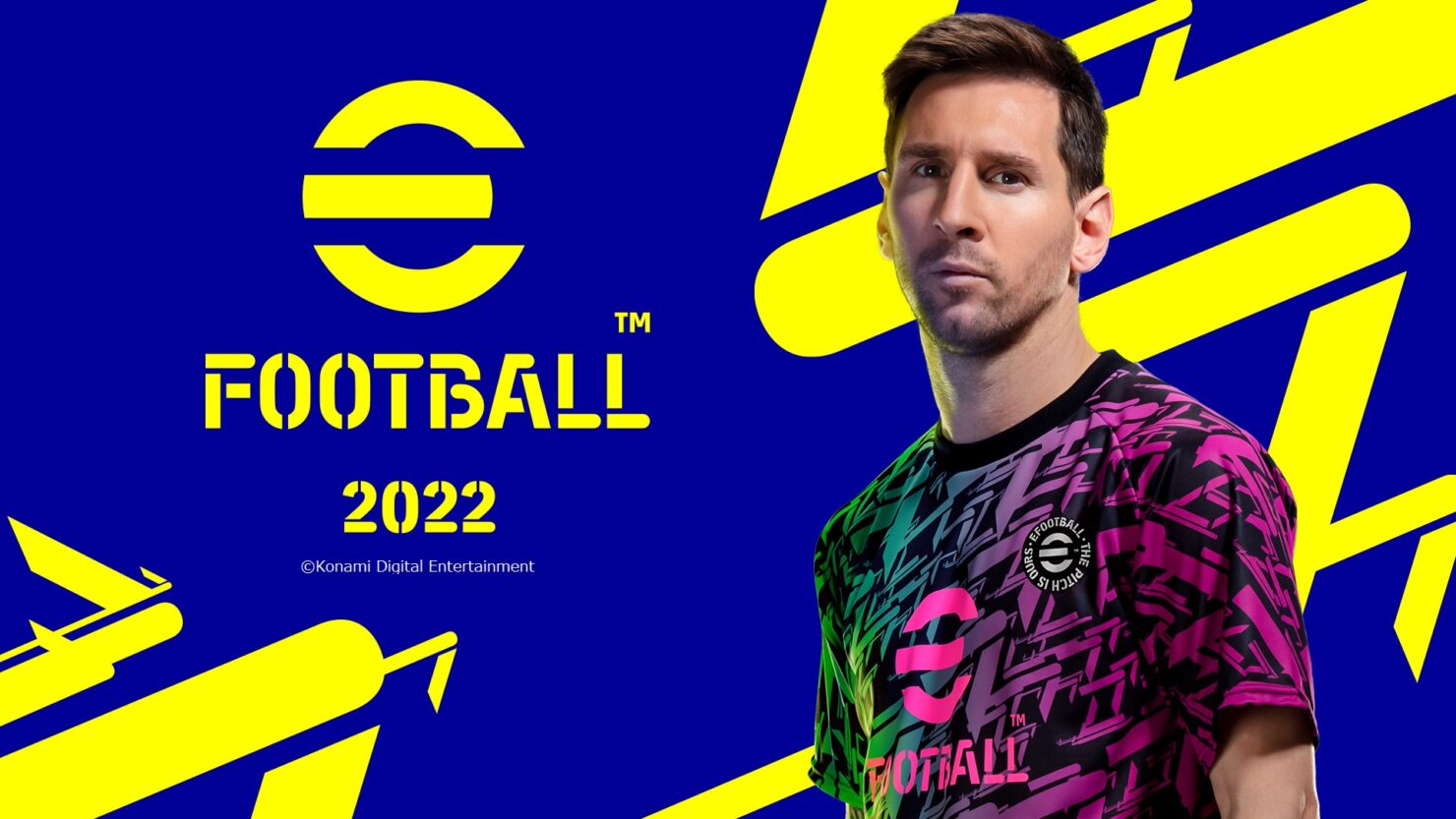 eFootball 2022 launched on September 30th to strongly negative reviews, as KONAMI essentially launched a beta version of the game.

The highly anticipated update 1.0 has now been confirmed to be going live on April 14th. However, in the announcement post, KONAMI also admitted that eFootball 2022 was simply pushed out too soon.

However, we were too focused on getting the game out on time that we lost sight of the most important thing — quality.
Naturally, we were met with critical reviews from rightfully disappointed fans.

The development team has been hard at work since to regain the trust of our esteemed fans, as well as to make the game even more enjoyable for football fans around the world.
As part of our commitment to improve the game, we have added new commands and numerous elements (both offensive and defensive) that are prevalent in the modern game of football. We have also readjusted the balance of the game and fixed bugs, to ensure an enjoyable gaming experience.

While the full patch notes are not available yet, the developers of eFootball 2022 shared plenty of details on the improvements coming to defending, passing, shooting, dribbling, and more.

Changes to Defending Controls and the Addition of "Call for Pressure"

After reviewing the prioritisations of defence-related plays, we have decided to change the default button settings of eFootball 2022 in order to make defending more intuitive. Pressing commands that were available in previous instalments will also be re-introduced into the game. Furthermore, we added a new command, "Shoulder Charge", for you to regain possession in a more proactive manner.

Pressure: Regain possession by applying pressure to the opposition ball holder.
Match-up: Jockey the opposition dribbler with a lowered stance and finer steps. This is also effective for blocking passes and shots.
Shoulder Charge: Win the ball back by barging your shoulder against the opposition player. Especially effective when the opponent has touched the ball far from his foot, or is trying to trap the ball.

Besides defending, we have also received a lot of feedback regarding passing. Many of you have commented that the passes were too slow in eFootball 2022, and that there were too many unforced passing errors. In light of this, improvements have been made to the game with a focus on game balance and satisfaction of controls.

We have generally increased the pass speed, so that the pace of the game matches with the aforementioned defence-related improvements. Moreover, we have also implemented a mechanism that utilises the rebound of the ball as a force of acceleration. This will be useful when performing one-touch passes, for example, for the ball speed will increase due to this mechanism. The result of all these changes is a "rhythmic passing game", which is an important element in modern day football.

Regarding passing errors, we have deduced that they were caused by both the passer and the receiver's actions during and after the pass was made. As such, we have implemented fixes to the following points:
- Improved targeting decisions for passes
- Improved AI decision-making when receiving passes
- Improved movements when receiving passes
Following these corrections, the occurrence of unnatural passing errors has decreased substantially.

On top of that, as a new element to make the passing game all the more enjoyable, we have added "Stunning Pass" commands which allow you to kick the ball with various special trajectories.

Regarding shooting, we have made specific improvements to the following 2 points:
- Improved shooting speed, with focus on realism and satisfaction
- Adjusted the rate of on-target shots to reflect match circumstances appropriately

Furthermore, we are adding to eFootball 2022 a wide range of shot variations and trajectories for each situation, such as the incisive "Stunning Shot".

In terms of dribbling manoeuvrability, we have made significant improvements to the following points in order to present a gratifying one-on-one experience through realistic motions. These include:
- Better ball tracking accuracy and response to L Stick inputs
- Improved response to Dash inputs

Other functional enhancements include improved response and ball behaviours for the new "Sharp Touch" command, as well as simpler feint inputs.

Are you going to check out eFootball 2022 version 1.0? Let us know in the comments.