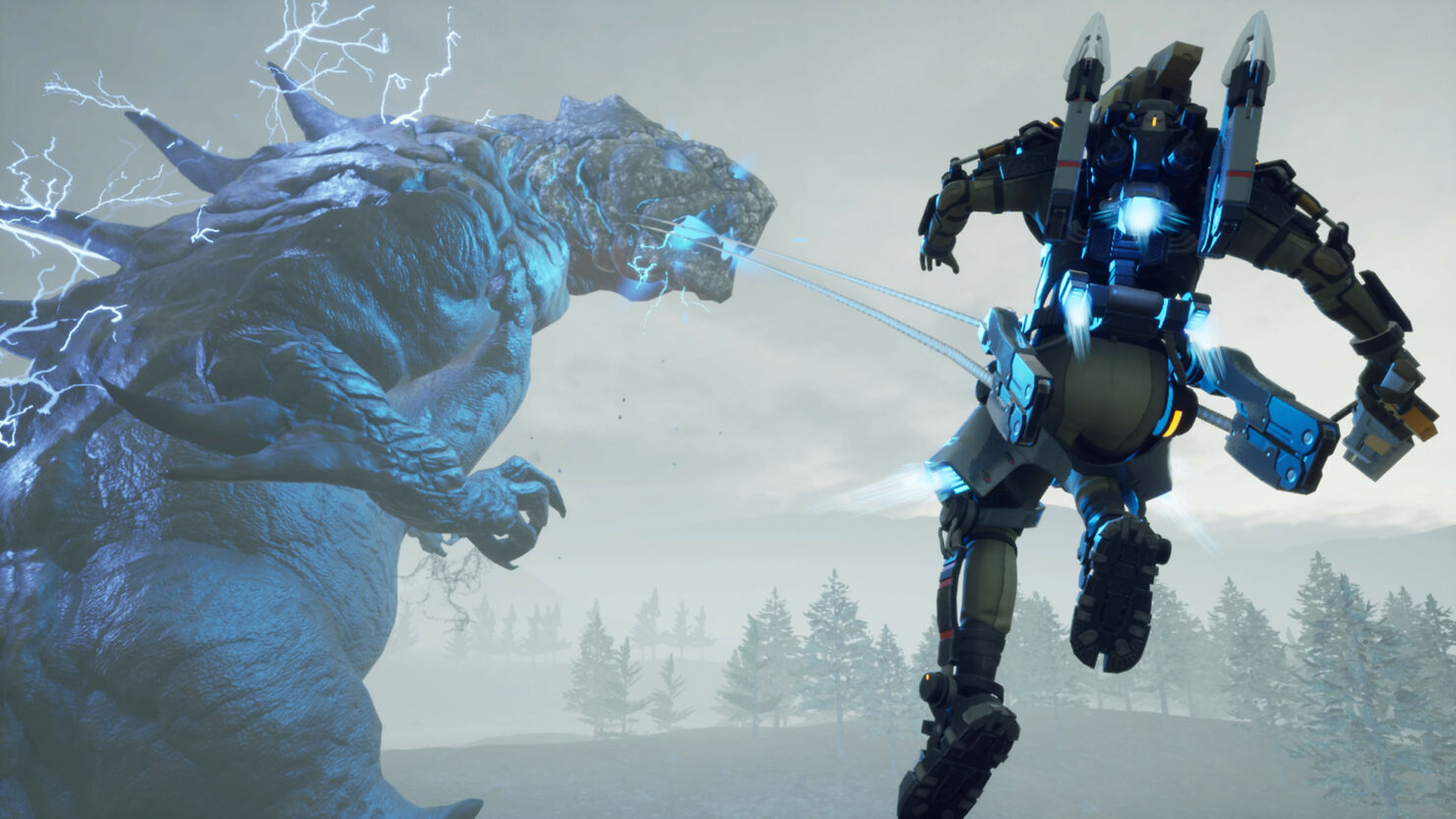 It's been roughly a week since I got my hands on Earth Defense Force: Iron Rain and I'm already longing for more. This fresh take on the Earth Defense Force series stays true to the core formula from the bit I played while taking some new approaches. 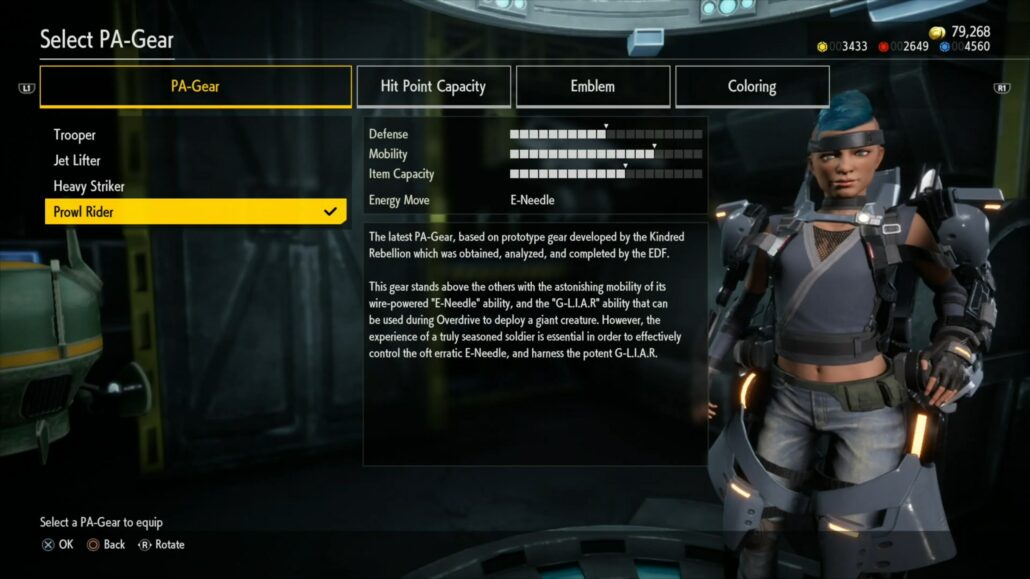 Right out of the gate, Iron Rain begs players to follow the series' simple tenet: Pick your class (now PA-Gear), weapons, and mission then go out and slaughter whatever gigantic threat that wants to take over the Earth. Perhaps the very first thing that players will notice to this simple formula is how much the first two have changed.

In previous numbered Earth Defense Force entries, your class meant everything. It was your health, your mobility options, your weapon loadout. All of that is flipped around and made to be infinitely more accessible in Iron Rain. Fancy taking a shotgun into an alien ant hive? Every PA-Gear can wield it. Tired of farming armor boxes? Cash in those credits you've earned to permanently increase your character's health. Every piece of upgrade you earn benefits the other PA-Gear class types equally, giving you far more reason to experiment with a new class type once in a while. 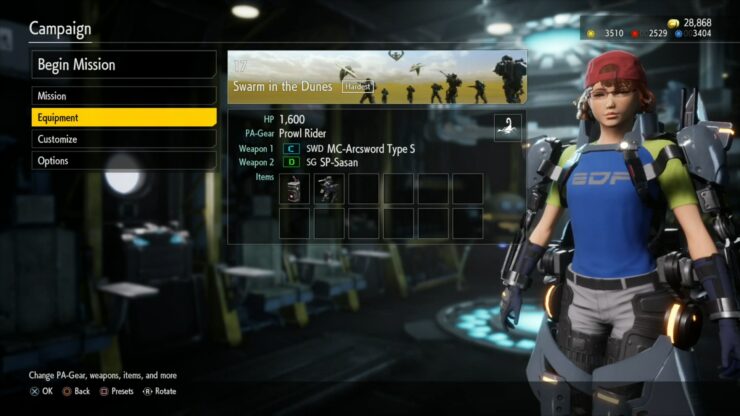 Those PA-Gear harnesses you can equip before each mission determine a number of basic stats: defense, mobility, item capacity, and most importantly, your energy movement ability. Of the four classes available in Iron Rain, I was instantly drawn to the Prowl Rider and their E-Needle ability. Sure, they can summon giant insects as their signature ability, but the E-Needle was the star of the show. This quick-firing grappling hook transformed EDF into the Freedom Wars sequel I've always wanted, zipping around the map and scaling buildings with great ease.

If you're familiar with EDF's traditional classes, the Air Raider was the one that could summon in vehicles and ordnance from on high. The new Item system in EDF: Iron Rain lets players slot in a selection of vehicles or consumables to bring with them on a mission. If you don't use them, there's no cost and you're rewarded with a higher performance rating at the end of the mission. If you do decide to summon a tank into battle, it'll eat up some of your rewarded credits, one of four primary currencies to Iron Rain. 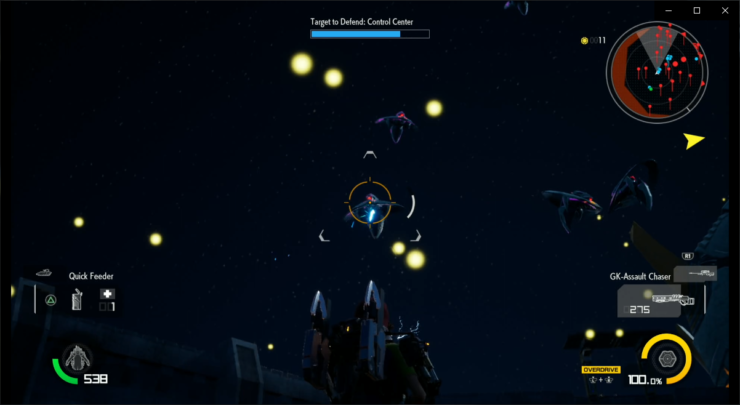 Those other three currencies (gold, red, and blue gems) are each used to purchase new weaponry (which sometimes will consume a chunk of credits in addition). After each mission, depending on enemies faced or difficulty, you'll be rewarded with the opportunity to purchase select new weapons. This is a drastic change from the numbered Earth Defense Force series, where players would have to scour the map to pick up every weapon and armor box left behind in hopes of scoring a new valuable upgrade. Instead, you'll simply have to remember to collect these colored resources before killing the last enemy bug or else they'll be lost for good. I have yet to see just what the criteria is for new weapons is quite yet, but this could certainly be a change for good for the EDF series. 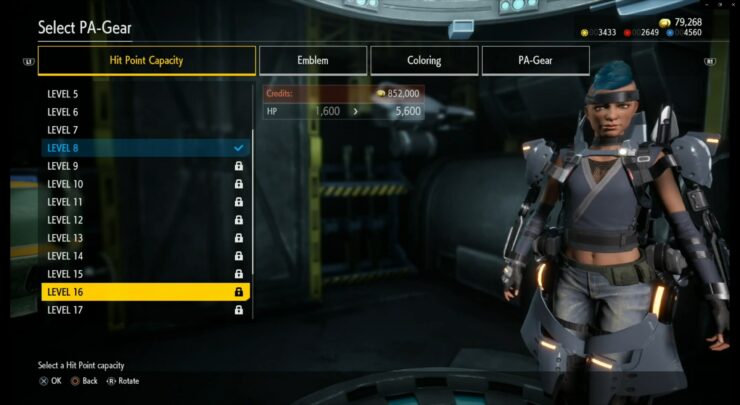 When it comes time to get your boots on the ground and face off the alien menace, fans will be pleased to know that the team at Yuke's have done their best to recreate that thrill of facing off against hundreds of aggressors each many times your size. Save for some very rare weapons, nearly everything you take into battle can be recharged and reloaded once out of ammo. There's a new active reload system that takes inspiration from other modern shooters, giving the player a much quicker reload if they can time the minigame just right. The shooting still feels solid by EDF standards and most weapons work great for those 20-to-1 fights that spring up so often during campaign missions. There was a bit of jerkiness to the aiming where the initial acceleration wasn't very smooth in small horizontal or vertical tilts. Finer adjustments with a sniper rifle didn't feel that smooth, whereas wider sweeping sprays with an assault rifle didn't suffer from similar issues.

Vehicles, on the other hand, have either gotten worse since EDF 5 or I simply didn't have enough time to get my learner's permit. Let's just say that my sixty seconds with trying to fly the Black Mass spaceship ended up in a smoldering mess.

That delicate dance of slaughtering all but one enemy bug then running around the map to collect every leftover gem before a map is over is a core part of that EDF experience. While it may have changed from item boxes since the last iteration, it's still a chore that will be a part of every player's day in EDF: Iron Rain. Perhaps we'll see how effective cleanup can be with the six-player campaign co-op!

It's hard to tell that Earth Defense Force: Iron Rain is developed by a new studio, given how closely it plays with the existing EDF formula. Rather than taking great liberties with creating a whole new series to appeal to Western audiences, instead, Yuke's has added in modern conveniences and a fresh coat of paint that help prove that EDF: Iron Rain is worthy of being a PlayStation 4 exclusive. It may not have my favorite Wing Diver class available to fly around with, but the new weaponry and that E-Needle grappling hook definitely caught my eye.

Earth Defense Force: Iron Rain will be available in North America on April 11th, 2019, exclusively for the PlayStation 4. Do check out our exclusive interview with Series Producer Nobuyuki Okajima, too.