EA hasn't revealed much details regarding Command and Conquer since some time but at Gamescom 2013 today, the publisher showed off a PVP battle between two players live. EA also heard gamers and is also adding episodic missions to their next generation RTS. Command and Conquer which is being developed by EA's Victory Games studio would be based on DICE's Frostbite engine showcasing real-time destruction and particle effects along with the much obvious awesome visuals. 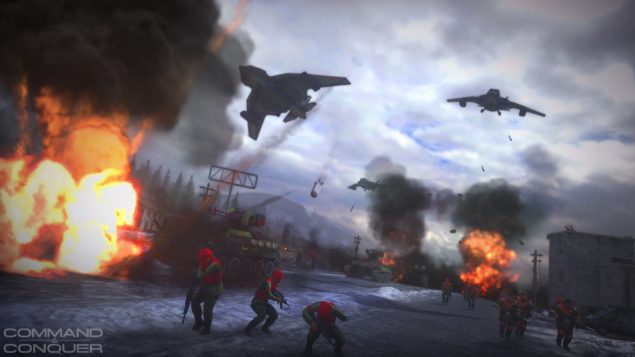 The PVP gameplay takes place on a desert map with two players pitted against each other. The game looks amazing sticking to the original gameplay design of original general series. The unit count is unlimited and the battles are intense but the best part about the game is that the classic series is not only driven but its online aspect but also features episodic missions which are a much needed addition to the game since past Command and Conquer games have each featured a rich universe around which the story revolved. The new game sticks true to the Command and Conquer: Generals legacy advancing it to the next era.

AND THE WORLD ONCE AGAIN TEETERS ON THE BRINK OF WAR.

The China dominated Asia-Pacific Alliance (APA), having sat comfortably as the world’s foremost geopolitical power for nearly a decade, finds itself challenged on all fronts. The upstart European Union (EU), a high-tech, single-state entity with an increasingly expansionist agenda continues to flex her muscles, while a series of increasingly bloody uprisings have torn key APA and EU satellite nations asunder. Rumors point to a newly reconstituted Global Liberation Army (GLA) as the instigator, but witnesses have described technology far beyond the reach of any normal terrorist organization. Concerned, the APA dispatches an elite force to infiltrate the latest, most volatile rebellion, one targeting an EU backed dictator.

Their mission - learn the truth about the GLA, undermine the EU and restore peace to the globe.

This is just the beginning. 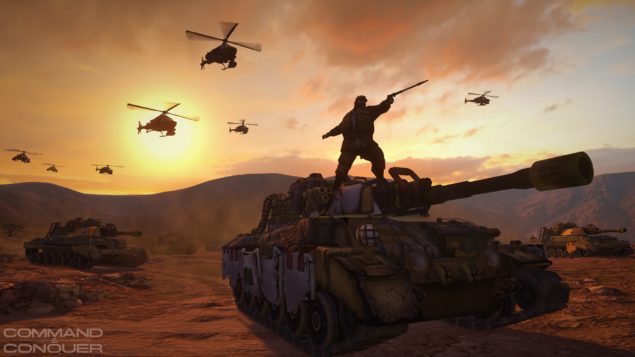 We’re finally able to announce that we have heard your feedback and are bringing a highly demanded content feature to Command & Conquer in the form of Campaign Missions! What’s most exciting is that Campaign Missions will be something we will be able to support and expand as time goes on. EA

EA revealed that the game would feature new generals, new game play modes and tons of new units and characters for gamers to play. Command and Conquer would be available exclusively to PC gamers in 2014 as a free to play title. For now the game is under going intense Alpha testing which would make the game better by sorting out balance and bugs.