Imagine getting great discounts and exclusive access to every single Electronic Arts' games on Xbox One console for a monthly fee of $5 only. Well, EA has just announced an exclusive Netflix-like video game subscription service called EA Access for Xbox One that will allow users to access all EA games that have been or will be released on the console for one flat rate of $5 a month. EA Access has already been launched on Microsoft's console for selected beta testers, and it wont be long before all users would be able to join the party. 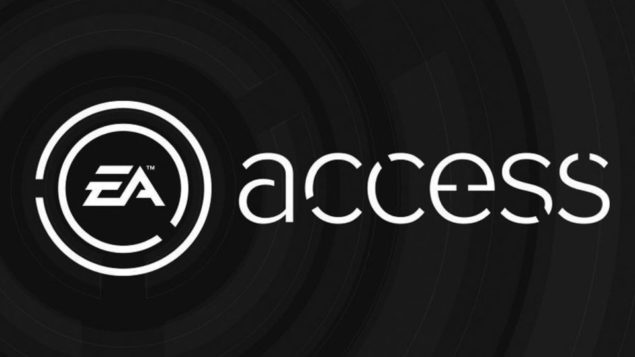 With the beginning of a new generation in the video game industry, the path to the "all digital future" has become even more aligned, and EA's latest video game subscription service is a proof that many top companies have started to support the idea. Today, via it's official website, EA Games announced EA Access, a membership service for Xbox One players that will provide unlimited access to The Vault, a collection of some much praised digital EA games. The official note reads:

"At EA, we are always looking for new ways to make it easier for gamers to play more EA games across all platforms, and we are excited about what EA Access will offer to players on Xbox One."

According to the publisher, EA Access is already available to selected beta testers, and will soon be launched officially for all users on Microsoft's latest video game console. The beta version of the service includes four games i.e. FIFA 14, Peggle 2, Battlefield 4 and Madden NFL 25, addition of more games is being processed. Hopefully, when the service launches publicly, the library will be more extensive than just these four games. 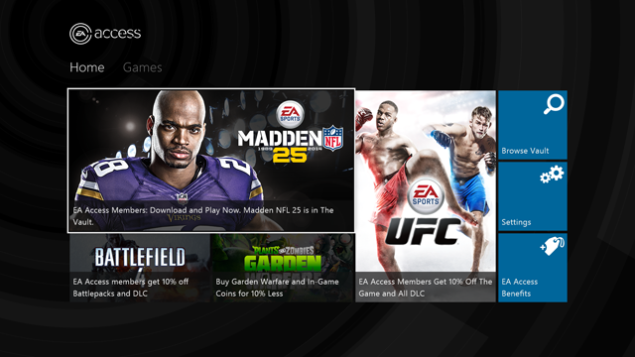 Besides providing the access to top games in The Vault, EA Access offers 10% discount to all members on purchases of EA digital content for Xbox One console from the Xbox Games Store. This discount covers everything from full digital-download games to additional membership services such as Battlefield 4 Premium and FIFA Ultimate Team points. Members will also get early access to trails of upcoming EA games such as NBA Live 15, Dragon Age: Inquisition and FIFA 15 "up to five days before the release date." Members will be allowed to save their game progress during trials, and it will be carried forward if they upgrade to the game's full version.

EA Access subscription is currently priced at $4.99 for a month, and $29.99 for one whole year. Video game retailers such as Gamespot will also sell the memberships, which will be available in the US, Canada and Europe. You can have more details about the EA Access service at its official website.