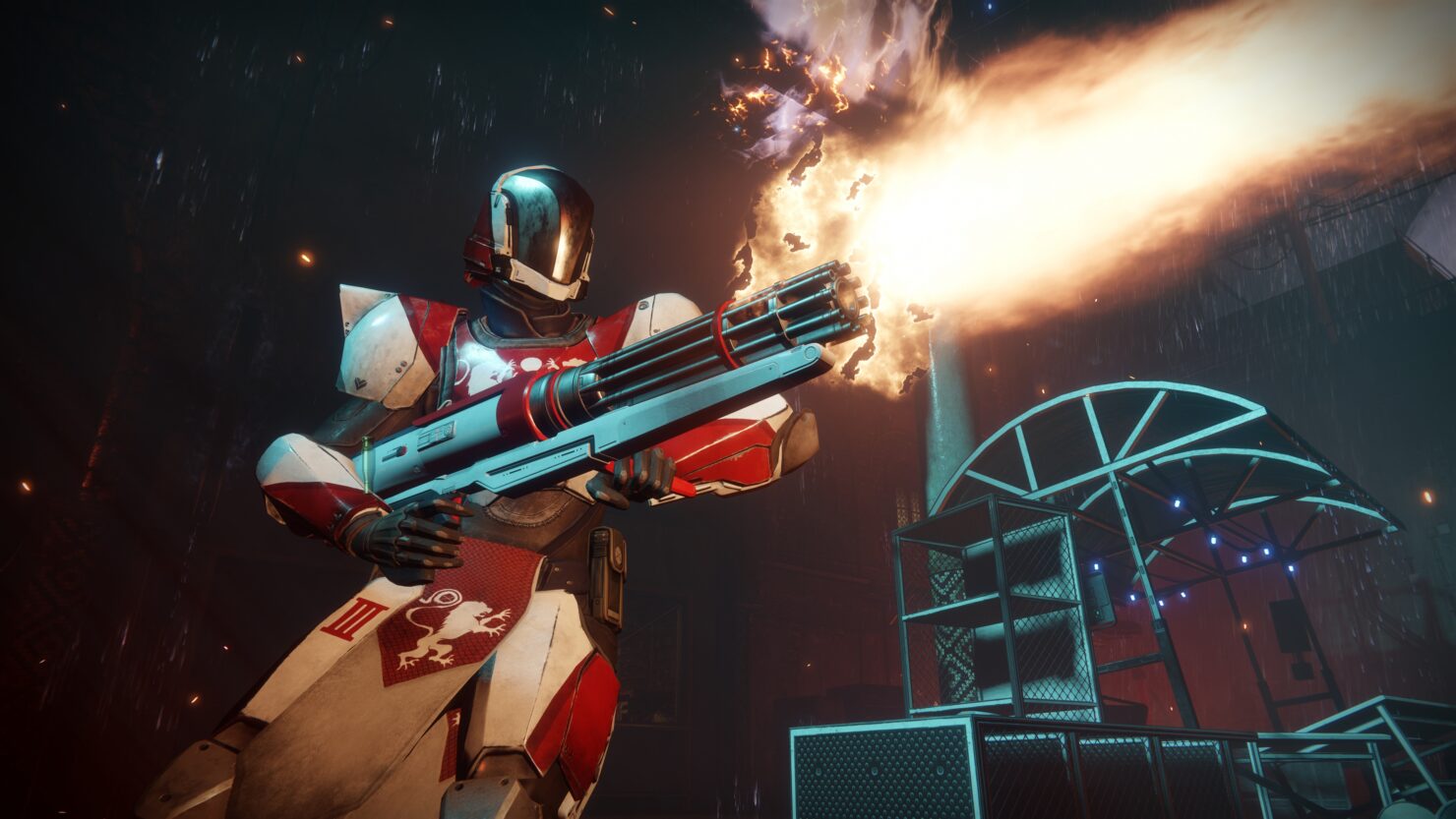 Call me a fair weather Destiny fan. I played through the beta events on PlayStation 4 prior to the actual launch, then held off from properly getting onboard until The Taken King. I missed a majority of the time when players were starved for content or calling for Bungie to patch in new reasons to aide the Traveler. That may have been the best time to get in, as I ended up sinking in easily one or two hundred hours into The Dreadnought and its hidden secrets. Now, in a private session with Activision’s E3 2017 lineup, I finally got my hands on Destiny 2 and not on a familiar PlayStation 4 controller, but with mouse and keyboard.

Given the choice between multiplayer and a brief look at the campaign, I opted for the latter for Destiny 2, which gave me the chance to enjoy the world at my own pace. With a little bit of dabbling in the menu, I was able to confirm a few extra settings for the players with adequate rigs: Ambient Occlusion (both off and HDAO were available), Local Light Shadows, and Wind Impulse to name a few. Strangely, no FoV slider was available to toggle but Mark Noseworthy already confirmed this to be a feature for the full PC release of Destiny 2.

While the settings claimed to simply run on Medium, Bungie later confirmed they were actually high-ish. Running at a full 4K resolution and 60 frames per second, the clarity to the action in Destiny 2 was absolutely breathtaking. If I wasn’t so invested into the PlayStation 4 Pro with my previous Warlock and had a sufficiently powerful PC, that would certainly be the version I'd pick up on October 24th, slight delay be damned.

The campaign mission itself centered around spectacle rather than new ideas, with grandiose cutscenes that help to introduce players to the new threat in one of Destiny 2’s opening missions. Sometimes for a trade show where you’re trying to get the widest range of appeal, sticking to the basics and presenting a familiar experience is what’s necessary to get everyone onboard. Even the primary mission objective that I recall playing should be instantly familiar to fans of the original Destiny: fight against three waves of Cabal in increasingly difficult configurations. These wave-based fights are a staple for Destiny and while I certainly wouldn’t want another title focused solely around that style of gameplay, sometimes a basic firefight is a great way to get a feel for the changes and the new Dawnblade subclass.

In a candid chat with Lars Bakken, competitive multiplayer design lead for Destiny 2, I asked about the controller support for the PC build. To make the experience feel like a proper PC release, some of the more novel console enhancements wouldn’t be available to the keyboard and mouse users. This included the auto aim and ‘bullet bending’ that make taking down the Cabal significantly easier with an Xbox One controller.

However, as soon as that controller (or a PlayStation 4 pad, if you prefer) is connected to the PC, Destiny 2 claims to have settings to automatically recognize the controller and automatically map the controls accordingly to their console counterparts. Regrettably, I didn’t have the opportunity to inquire whether the competitive multiplayer would support auto aim as well. I personally wouldn’t want to square up against a squad on keyboard and mouse while I’m rocking a PS4 controller, but the option is nice to have for those that want the console experience with the best possible graphics.

If you’re a PlayStation 4 Pro owner and thinking of switching things up by the time the Xbox One X hits the market, you might want to reconsider keeping your Hunter around on the current platform. While all console versions run at a solid 30 frames per second, there haven’t been any confirmed graphical enhancements for the Xbox One X over the Playstation 4 Pro. When pressed for further details, this design choice was said to be because Bungie wants “the same experience for players across all platforms.”

No matter what platform you play on, Destiny 2 feels like it’ll be a solid experience to jump in whether you have already faced off against the Taken and Cabal in the past, or starting with a fresh set of eyes. After all, Bungie is committed to giving returning veterans some extra perks for making the return for this full-fledged sequel.

If you have the machine that can handle the requirements, Destiny 2 looks and feels like the PC release will be the definitive version to play and the promise of uncapped frame rates is just icing on the cake. Destiny 2 is already available for preorder and will have console launches for PlayStation 4 and Xbox One arriving September 6th, with the PC release currently marked down for an October 24th release date.