The Witcher 3: Wild Hunt, the next installment in the most critically acclaimed The Witcher series, is coming out next year, yet still, it is one of the biggest games that are all over the gaming community this year. Being developed by CD Projekt Red, the game has seen several gameplay trailers and screenshots in previous months. Here is the latest The Witcher 3: Wild Hunt gameplay footage that was presented today on the Xbox One at Microsoft E3 2014 press conference. 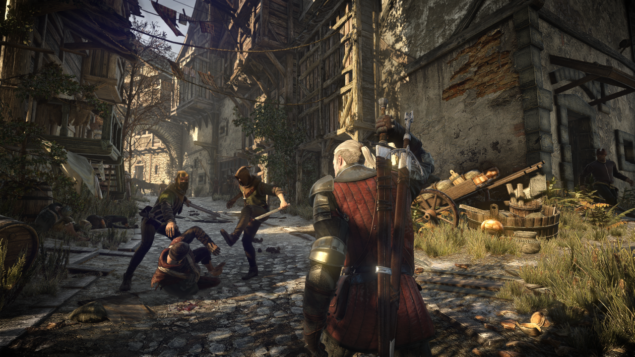 The Witcher 3: Wild Hunt Demoed on Microsoft's Xbox One Console - Looks Nothing Less than a Charm

Being right on the paper with Elder Scrolls titles, The Witcher series is greatly backed up by the fans of western RPGs. The Witcher 3: Wild Hunt is the upcoming game in the CD Projekt Red’s fantasy action role-playing video game series. The game is boasted to be much larger than any previous Witcher game, featuring highly detailed and visually stunning in-game world that, according to the developer, was difficult for last-gen consoles to render.

The Witcher 3: Wild Hunt was announced for Microsoft Windows, Mac OS X, PlayStation 4 and Xbox One. Talking about bringing the game to Linux, the developer said that it would only be possible if SteamOS, a Debian Linux kernel-based operating system by Valve Corporation, provides constant Linux environment in future. Now recently, the game was announced for SteamOS too. The game was expected to make a big entrance at E3, and it indeed has. While the main The Witcher 3: Wild Hunt E3 2014 event is yet to come, the developer already showed the game off running on Xbox One at Microsoft show floor.