By this time, plenty of survival horror video games’ fans have fully taken it to the Zombie-loaded streets of Dying Light, one of the well-received open world games released last year. Developer Techland has been fully supporting the game since its release with updates and downloadable content, and while the action survival game is already in a much better state than it was back at its launch, things are about to get even better and exciting for players with the launch of Dying Light: The Following – Enhanced Edition. 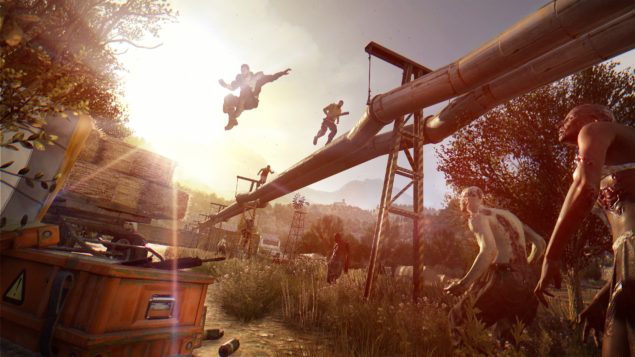 Techland is all set to take Dying Light’s parkour-fueled zombie survival action to a whole new level with Dying Light: The Following – Enhanced Edition, an all-in-one package that will allow players to get their hands on the base game along with the upcoming brand new The Following expansion as well as all the previously released downloadable content and content updates. That’s not all, the bundle comes with added extras and fresh enhancements to the main game. The upcoming update will enhance the game’s visuals and draw distance, improve the console performance and the overall gameplay, and add more improvements.

However, despite working on the Enhanced Edition for apparently half-a-year, it seems like Techland was unable to boost the game’s native resolution on Xbox One console. Tymon Smektala, Lead Producer of Dying Light: The Following, confirmed to GamingBolt in an interview that the Xbox One version of the game will retain its native resolution of of 1536×1080. “It’s still 1536×1080. We believe a smoother frame-rate is more important than the exact resolution,” Smektala said. Dying Light already runs at full HD 1920x1080 resolution on PlayStation 4.

This implies that Techland’s main focus has probably been the gameplay and the post processing effects along with better frame-rate. Dying Light already runs fine on Xbox One in terms of resolution and the slightly lower resolution of the game is apparently not even detectable in normal conditions. Smektala was also asked if the development team has any plans to offer DirectX 12 support with the game, to which he replied saying that there are no immediate plans but they will see what they can do. He said:

“We’ve been tinkering around with DX12 tech for a bit,” Tymon tells us. “[However] there is no immediate plan for an official DX12 release before we are done with Dying Light: The Following. After that, we’ll go right back into tinkering and see what we can do.”

The first-person, parkour-style Zombie action survival game allows players to explore a devastated city, scavenge supplies and smash hordes of Zombies. The Following, once released on February 9, will introduce a new campaign story to the game along with new vehicles, a new map, and more. Dying Light: The Following – Enhanced Edition will launch alongside the standalone expansion as a complete game package with a price tag of $59. You can read our exclusive interview with Techland about Dying Light: The Following right here.