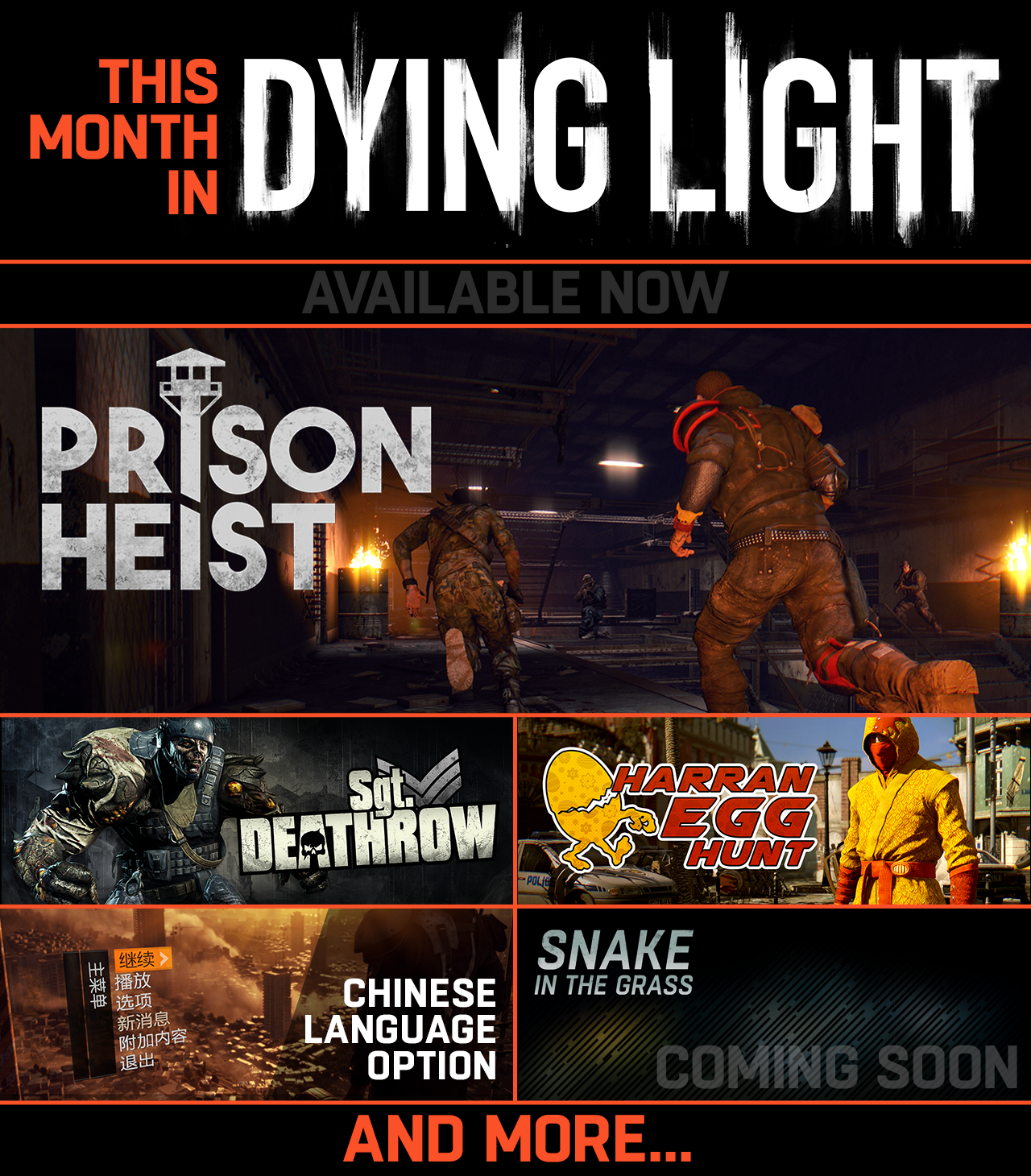 Techland released Content Drop #4 and #5 for Dying Light, their popular zombie game. Both are available now for free and add a new location and game mode, a new boss enemy and a limited time community bounty. Below you can find the official trailer for these updates and a few more details on the additions.

Content Drop #4 takes players to Prison Island -- a brand new location to discover. This isolated fortress is home to Prison Heist, a fresh game mode where you must break into the armory as fast as you can -- either solo or with friends in co-op. The faster you break in, the better the rewards. This is a time-attack mode designed for seasons players, so come prepared!

Today is also the start of a brand new community bounty. In the Harran Egg Hunt, chase the zombified Easter Bunny and collect the eggs to unlock the magnificent Easter Outfit. Check out the in-game What’s New menu or go to http://dyinglightgame.com/bounties for details. The bounty ends on April 3rd.

Dying Light is also going to get a PvP focused standalone expansion. Titled Bad Blood and inspired by the exploding Battle Royale trend, it should launch later this year though there's no release date yet. However, a free global playtest is expected to be available shortly.