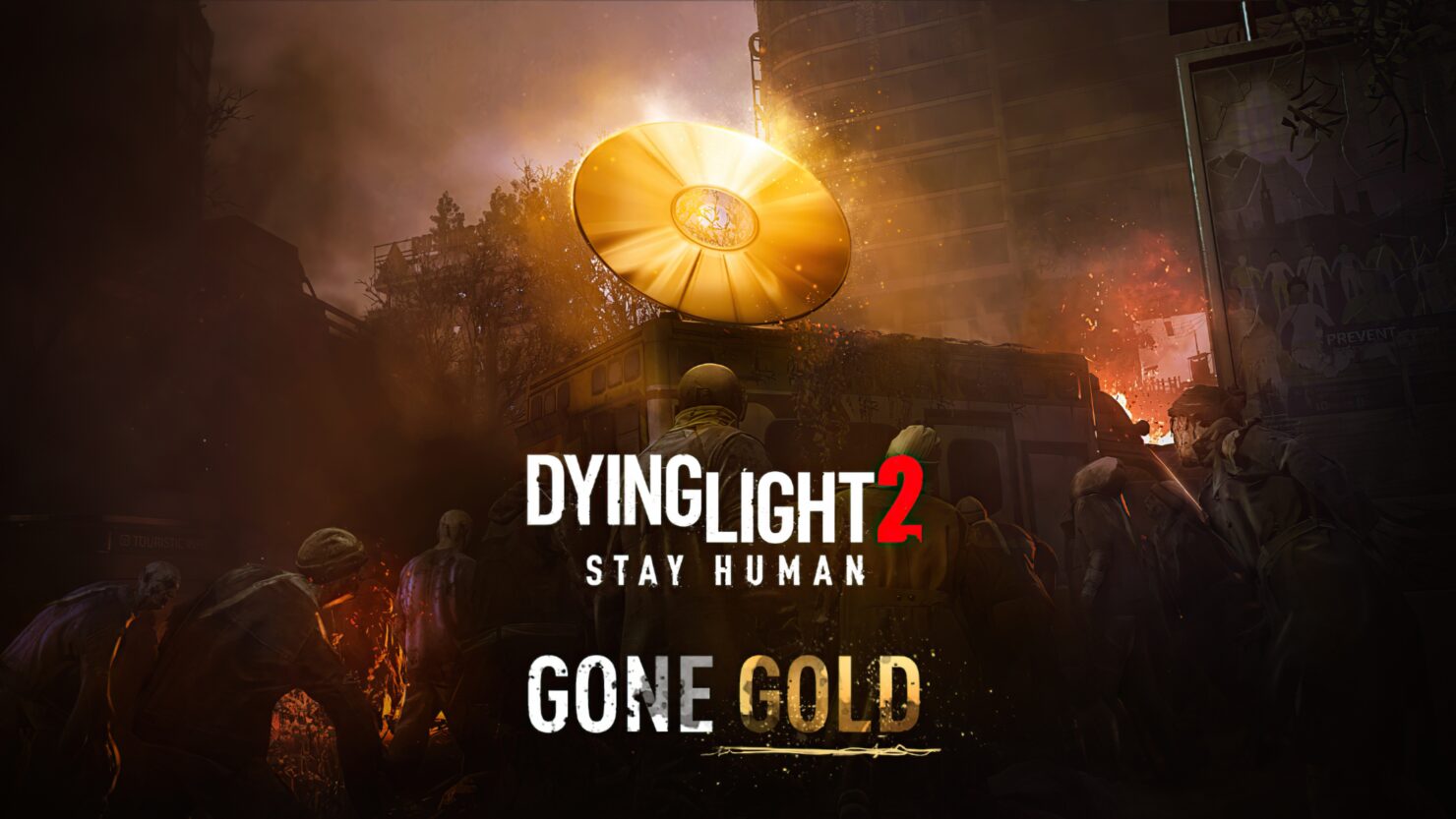 Techland announced that its long-anticipated Dying Light 2 game is now officially gold. This means it's ready to be manufactured on discs ahead of the February 4th, 2022 release date.

Of course, since it's nearly 2022, that doesn't mean the developers' work is over. They will continue preparing the day one patch, and subsequent patches as well.

We are very excited about this and now we can truly feel that this is actually happening! After so many years of hard work we are proudly looking forward to the release of Dying Light 2 Stay Human.
This is it. The final and crucial moment for us. The game is ready to be manufactured, but we will not slow down. The fact that the game is done and we hit the gold status two months before the release is a great sign but it doesn’t mean that our work ends here. There are still some upgrades and tweaks to add, and community feedback to implement, but the base is solid and ready to play. I’m extremely proud of the whole team!

Dying Light 2 was originally due for release in early 2020, but the developer said the game needed more time and delayed it indefinitely. This sequel is, after all, much more ambitious than the original given its RPG-like choice and consequences mechanics.

Eventually, on May 27th, 2021, Techland hosted an event where they revealed the game would launch on December 7th, 2021. Then, on September 14th, the Polish studio delayed it again for a couple of extra months.

Dying Light 2 fans can look forward to a brand new 15-minute gameplay video captured from the game. Techland is planning to air this as part of the fifth episode of the Dying 2 Know series on December 2nd, 2021, at 12 PM PT / 9 PM CET via Twitch.

In case you haven't already, do check out Kai's hands-on preview and/or his interview with Tymon Smektała from a recent press event.