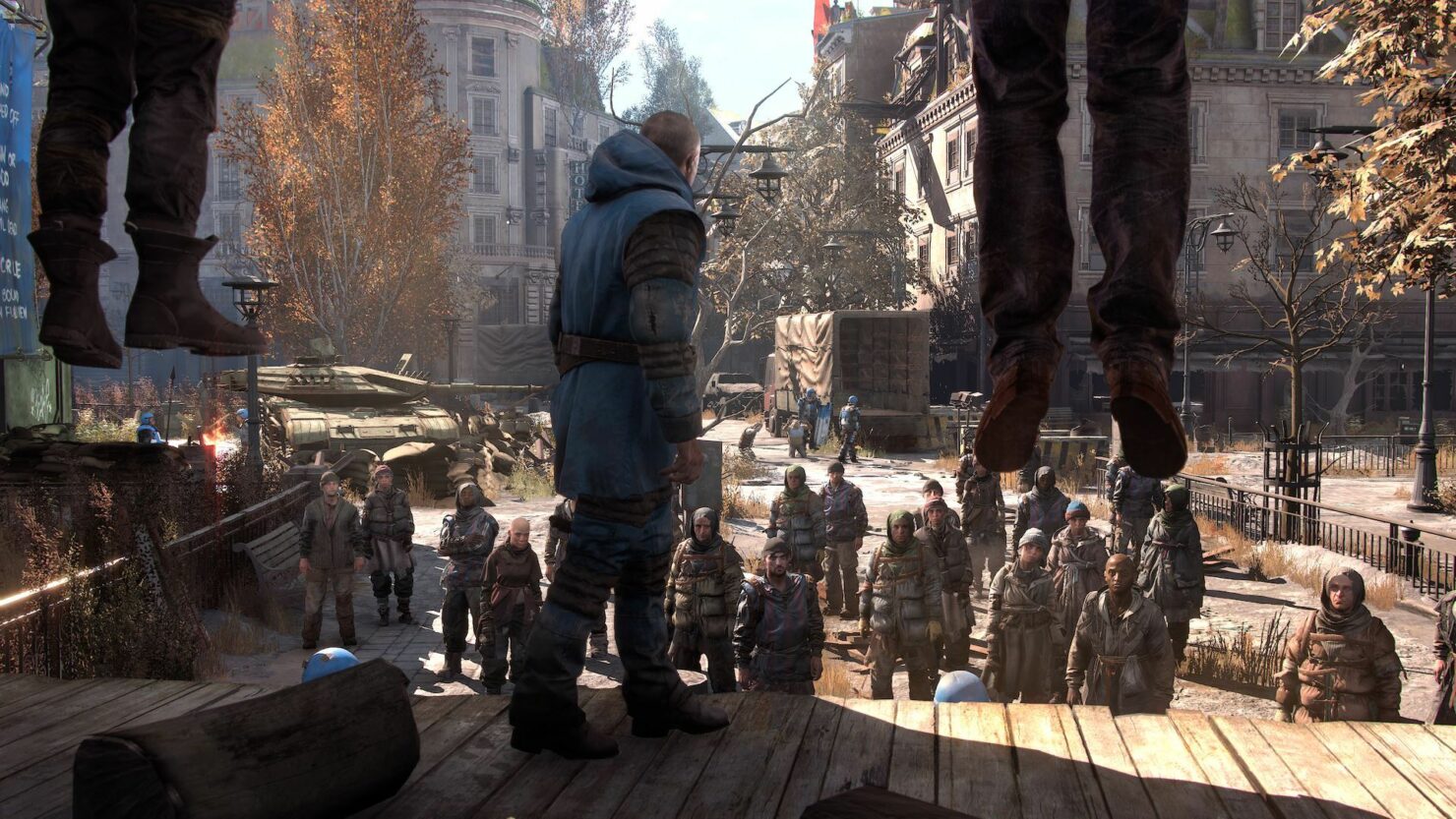 Dying Light 2 was one of the most impressive games our reporters saw at E3 2018. It's also way more ambitious than the first installment, as Nathan explained in his preview, featuring a brand new and deeply embedded choice/consequence system.

In an interview published by GamesIndustry, Adrian Ciszewski (Chief Creative Officer at Techland) talked about the studio's decision to inject several RPG elements into Dying Light 2.

There's a better connection between the player and the game if it's part RPG. It makes it better to express yourself, you can do something with your character or avatar. Choices and consequences are just an example of RPG mechanics that gives you the feeling that it's your hero, your character.

But it's still an action game. That's the crucial thing. Choices and consequences are always connected with RPGs, especially hardcore ones. But our vision for choices and consequences is different. We're creating a sandbox experience on the gameplay side - there are systems, rules, limitations, things like that. Players understand they're able to combine these things to create their own [experience], and we thought maybe it could work the same way on the story side.

We're thinking about choices and consequences as a gameplay, as a narrative sandbox - not just picking a dialogue choice in a cutscene and branching the story.

Interestingly, level gating won't be much of an issue according to Ciszewski, due to the way the zones are designed.

It's not like a linear approach from level 1 to level 10 - sometimes close to a level 10 location there is a level 1 chunk, for example. It's a randomly populated thing, and it's related to enemies.

So in one part of the city, for example, there might be a lot of zombies - even during the day - because there are no people. But if you make people interested in this location, there won't be as many zombies so the difficulty level will drop. It's up to you, as you have the tools to manipulate these things. There's no way for us to create this linear approach because you as the player can shape it.

Legend RPG designer Chris Avellone has been brought onboard as the Narrative Designer and Techland also hired a bunch of writers who previously worked on The Witcher 3 at CD Projekt RED. Needless to say, we're eager to learn more about Dying Light 2. It should launch at some point in 2019, barring any delays.