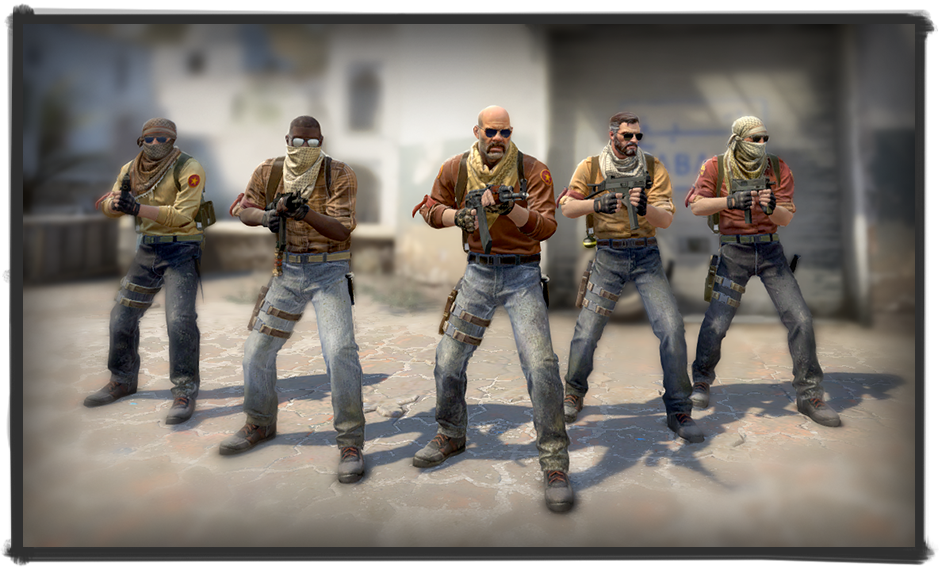 Dust II, possibly the most beloved map in all of Counter-Strike's history, has been overhauled in Counter-Strike: Global Offensive.

The developers tried to upgrade its visuals to bring it more in line with modern maps, improve overall player readability and refine movement (cover included).

You can find out more on the changes below, including a gameplay video showcasing the new Dust II map. To play it, you'll need to opt in the beta branch of CS:GO.

BOMBSITE B - THE KASBAH

A number of overly dark spots in Tunnels have been addressed with natural light pouring in by way of a crumbling, torn away roof. The broken down car at the bomb site has also been moved a bit, allowing a more free player flow around it. The break in the wall, 'Window', has now been widened and the movement brushes around it relaxed. Just beyond this, Scaffold has been simplified with no more metal pipes to stand in the way of your next frag. In addition, a few electrical poles have been moved outside the play space as to simplify unnecessary distractions while not taking away visual fidelity.

With player reads in mind, entry fragging at site A has been refined as the back wall has had the dark doorways removed. Corner peeks are also improved with the removal of the pesky drain pipes.

The broken down cars at A are now one car with increased player flow around and on it. Experienced players will now not have to worry about whether they’re going to get hung up and newbs won’t wonder if they’re going to get burned. Annoying physics based detritus props have also been replaced with more predictable static prop detail such as weeds and rocks.

The middle section of the map has seen upgrades to the lighting in lower Tunnels to address those dark corner campers.

A number of other dark doorways have been adjusted and 'neither here nor there' door cover has been eliminated. With fewer alcoves to get hung up on, you will have more time to sweat the important stuff.

While Dust II's gameplay doesn’t seem to age, the art needed a good sandblasting. The Bombsite B section of the map is now a historic Kasbah under restoration while Bombsite A is a bazaar and hotel. The texture resolution has been quadrupled and a North African prop set established for all you community mappers to use. Now, the bad news is the 2 pizza parlors are no more. The good news: they’ve been replaced by 2 dentist offices. Coincidence? Probably not.

The infamous Leet Krew, classic villains of Dust II and previously known as “Durah,” have received an overhaul to match their updated environment. These T's feature upgraded character models, redesigned at high resolution to be more identifiable, cohesive, and iconic; hardened veterans of countless rounds of CS and still hell-bent on world domination. You'll notice a few of the Leet Krew are regulars at the new Salon De Coiffeur.