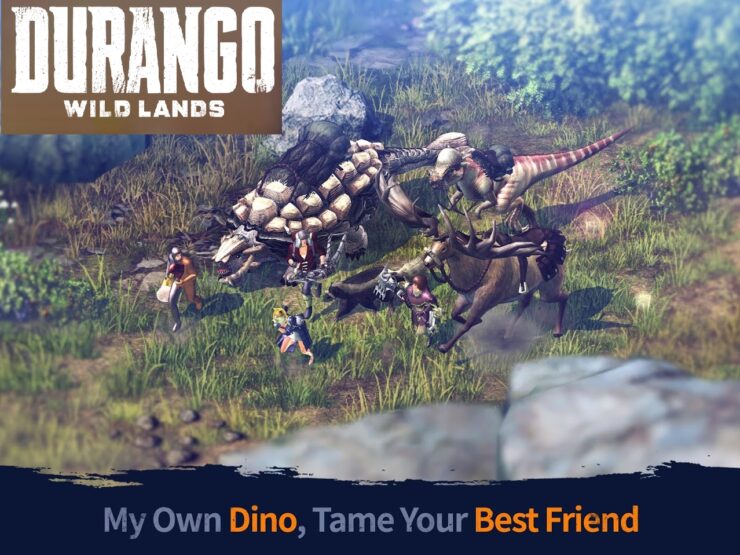 Durango: Wild Lands made its debut on Android back in May this year. It doesn't look like the game is doing particularly well, as the developers just announced via a Facebook post that the game would be shutting down on December 18th. All in-app purchases have already been disabled, and the game will cease to exist on the Play Store after the previously mentioned date. Users who have it installed on their devices can still play it, though.

Durango: Wild Lands is set in a post-apocalyptic universe where humans coexist alongside dinosaurs. It is a survival MMO that has players hunt, craft, cook, farm, and build settlements that have co-op elements baked into it. The franchise was massively popular in the south-east Asian market but failed to capture the hearts of western audiences, by the looks of it. The shutdown is very likely due to some internal conflict within Nexon, as the Play Store ratings of Durango: Wild Lands are largely positive, with most players stating that they're satisfied with the game. Even the comments on the Facebook post express a similar sentiment.

Another possible explanation for the shutdown is that the game simply didn't generate enough revenue. Keeping things fresh in an MMO is often tricky as things tend to get repetitive, and without enough revenue generated, rolling out new content becomes even trickier. The decision to pull the plug just five months after its release is a rather interesting one, though. Usually, companies tend to slug it out for a little bit longer before giving up on a franchise. For example, Pokemon Duel was in the red for months before it got marked for deletion. Durango: Wild Lands will get one last expansion patch that will bring a final chapter, balance improvements, and new PVP elements. If you want to give it a try, head over the Play Store, one can rest easy knowing that the game doesn't have IAPs anymore, so the playing field is pretty much leveled.