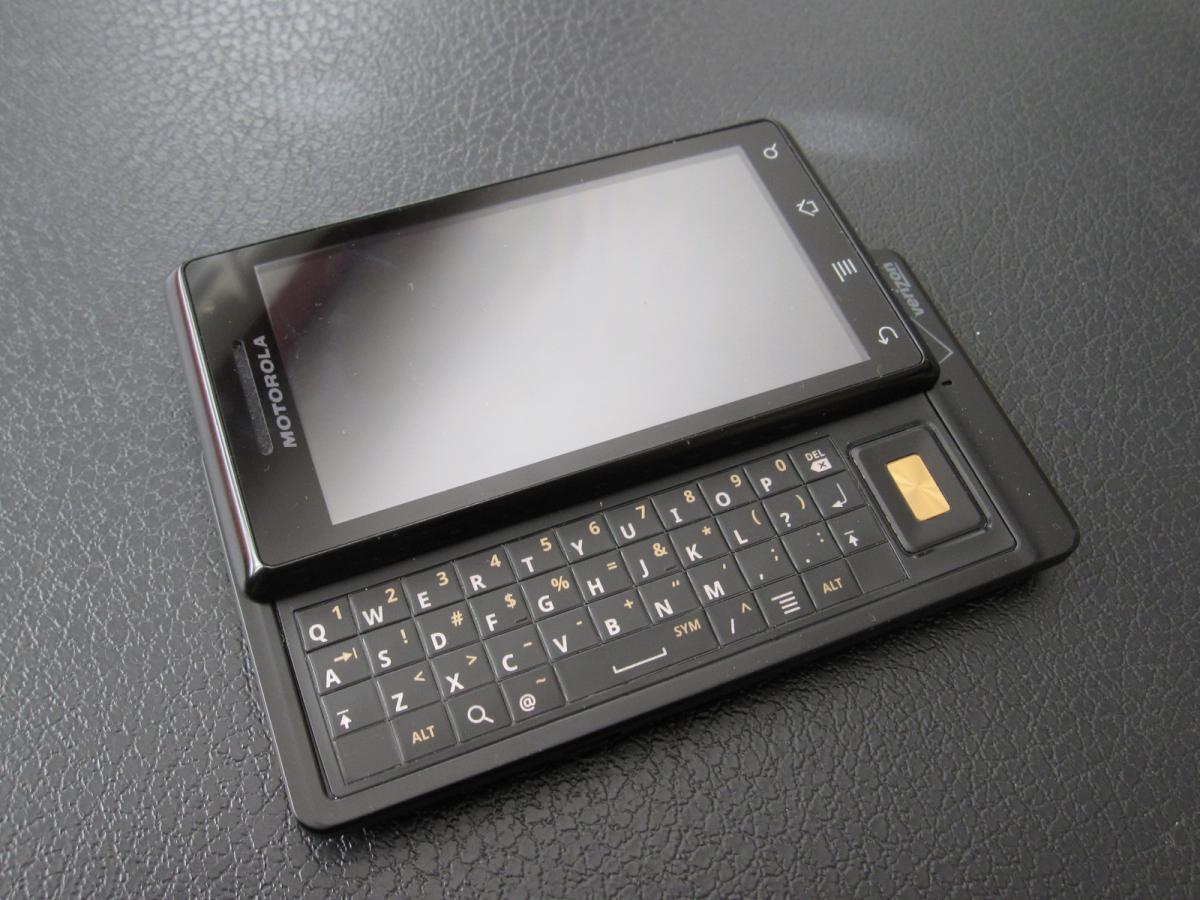 The very DROID X we all have been waiting for, is set to make a debut launch this Thursday, the 15th of July on Verizon's Wireless 3G network. The DROID X has already set many good previews praising its beautiful 4.3" display along with its multimedia features and a withstanding batter life, as compared to many other phones in its comparison. Expected sales of DROID X are set to be quite staggering but are not going to compare with the ones of iPhone 4 - an amazing 1.7 million units sold on first three days.

However, Verizon recently made fun of iPhone 4's reception issue in a full page ad in the New York Times and praised the DROID X on the other hand of its "double antenna design" saying the phone could be held in any way unlike the iPhone 4. 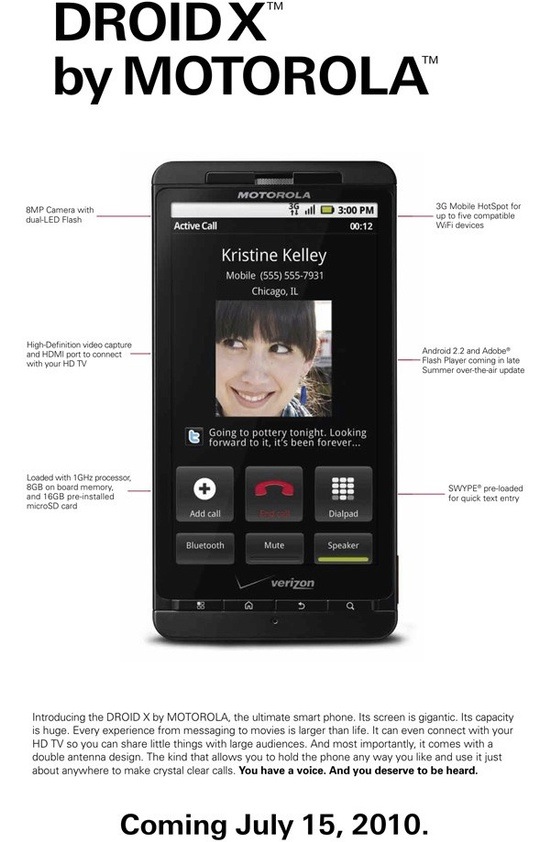 Another reason for the expected DROID X success is the rise of the Android OS in the market. Recently, Android's mobile shares bloomed by 44% from Feb to May and are expected to overcome the Windows Mobile anytime. It is no doubt that Apple is loosing market to Android pretty fast, also if you remember,

in a battle of browser test speed.