Sony's upcoming racing video game Drivelub is getting a lot of heat. Developed as a PlayStation 4 exclusive by Evolution Studios, Driveclub is the most highly awaited next-gen game for Sony's latest video game console. A week ago, after a long period of delay, Evolution Studios finally announced the launch date of the game. Today, the developer has revealed some details about Driveclub PlayStation Plus Edition. 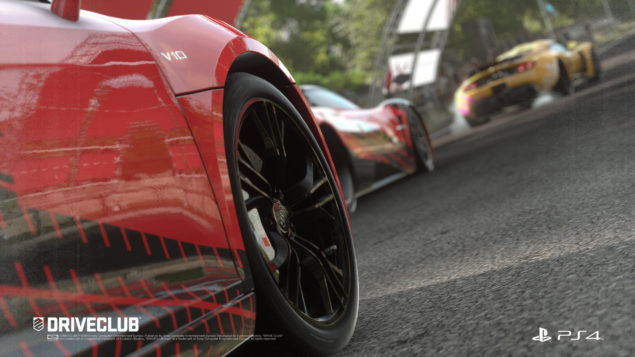 Sony has shown no sign of a Gran Turismo title for its latest video game console, this is why millions of PlayStation 4 users have their eyes set on Driveclub, a socially connected racing game where players join different clubs to race. Evolution Studios re-revealed Driveclub a week ago and announced that the game will hit the platform on October 7, 2014. Fulfilling its promise of providing frequent updates to the fans, the developer today released this week's first of three Driveclub updates, giving out new details about the PlayStation Plus Edition of the game.

So here is how it goes. To seduce you, Sony is offering a "free" copy of Driveclub to those PlayStation 4 users who are active subscribers of PlayStation Plus, an online service by the Japanese firm that provides entertainment media content and multiplayer gameplay to PlayStation users. The thing is, so-called "free" copy of the game is obviously scaled down. Users will be able to try out every game mode, but with only a few cars and tracks available.

Now that you have tested the game and want to upgrade to full package, you have two options to choose from. First, just like all other games, you will either have to grab a physical copy of the game stored on a Blu-Ray disc or pay for a digital version of the game on the PSN store. Both digital and physical versions of the game will cost $60. They will be your standard Driveclub with all the tracks, all the cars and all the other stuff that the game packs. Of course, you will have to pay for a PS+ subscription in order to play game online but if not for multiplayer, $60 is all what standard version of the game will cost you.

Driveclub PlayStation Plus Edition is cheap, but it comes with a very disturbing access mechanism. Conclusion? Getting the standard version for $60 is much better. Below is a video just released by Evolution Studios explaining all this upgrade mechanism.

Driveclub Made Easier To Be As Inclusive A Game As Possible & To Have Fun; Elite Levels Remain Tough