Driveclub Made Easier To Be As Inclusive A Game As Possible & To Have Fun; Elite Levels Remain Tough

The announced difficulty settings and brake assist option for Driveclub, will be introduced to the racer to ensure that Driveclub will be as inclusive a game as possible. According game director Paul Rustchynsky, chances are made to make sure that everyone feels like they can make progression. 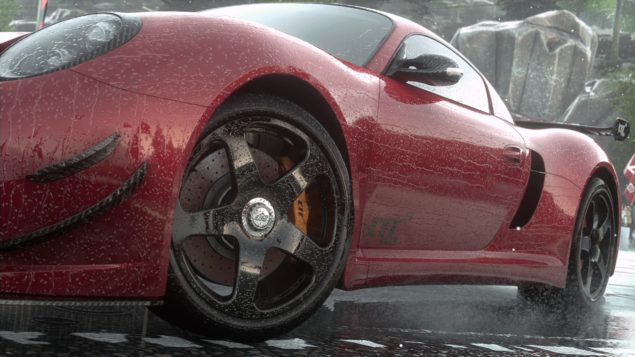 Driveclub released a year ago and has come a long way since then. Coming from a disastrous launch, developer Evolution Studios has stepped up to ensure the game's success. Over the year, the game has received tons of new maps and cars, and a 'big' October update was recently announced as well. The October update will introduce a new, fully optional, brake assist option to allow 'less experienced' players to get into the game more easily.

The game isn't known for its easy difficulty and this seems to put of a large number of players from continuing the game. Level progression for instance, has been tied to specific events. Players who want to progress beyond a certain level, will need to beat certain events, even though these can be insanely hard for some.

Game director Paul Rustchynsky, seemingly acknowledged this as well in a recent post on the Neogaf forums, and assures that the team is looking to make a few changes in this area. According the game director though, no changes will be made to the game's elite levels. Hopefully, more info on these changes will be announced in the coming months.

Rustchynsky further explained Evolution's decision to offer an optional brake assist, and adjustable difficulty setting in another post. According Rustchynsky, there are hundreds of thousands of players whose skill level isn't up to Driveclub's current difficulty level. This doesn't only apply to progress in the game, but also to actually have fun while playing. The game director continued that Evolution has always wanted that Driveclub to be as inclusive a game as possible. The adjustable brake assist and new difficulty levels, will ensure that the game opens up to a lot more people, ultimately more enjoying it.

Have you tried out Driveclub yet? Did you find the game to be too hard?