DRAM Bit Output To Grow By Less Than 13% YoY, Nudging Contract Prices Up 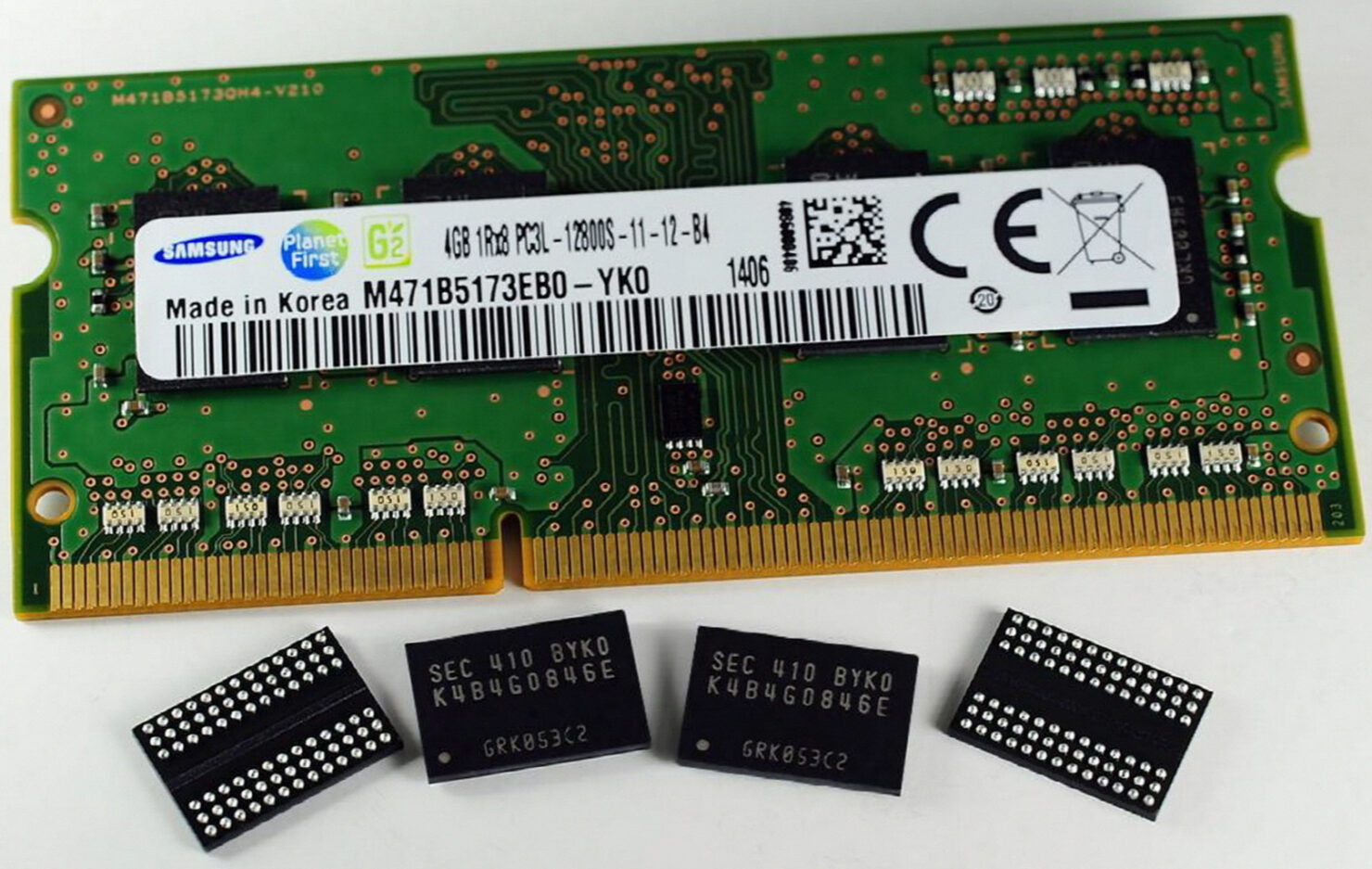 As we exited 2019, Korean tech giant Samsung's semiconductor fabrication plant in Hwaesong, South Korea suffered a power outage. This reportedly affected DRAM and other production lines, which in turn generated speculation about the potential impact of this breakdown on prices globally. Given the fact that this was a minor event, most folks expected the impact to be small. Now, TrendForce is out with its latest analysis of the DRAM market and as expected, the firm reports that the power outage and an uptick in DRAM spot prices have not adversely affected the supply side of the market. Additionally, the firm also reports that the aforementioned outage affected Line 13 in the fab, with the manufacturing line responsible for producing specialty DRAM chips on the 20nm and 25nm nodes.

For the first three months of this year, graphics DRAM prices are expected to rise by at least 5%, and subsequently affect a large array of users in the form of price hikes. The industry as a whole has operated under pressure throughout December as the threat of tariffs on goods imported from China inside the United States loomed above everyone. To mitigate this impact, manufacturers and suppliers ensured that deliveries of notebooks made their way inside American shores before the new rules were announced.

In its analysis, TrendForce believes that PC DRAM prices will either stay flat or trend slightly upward for Q1 2020. This is due to the fact that while OEMs have stocked PC notebooks last month, DRAM suppliers as a whole will cut down output this year. Projected growth for this output is less than 13%, and OEMs are looking to get their hands on as much memory as they can while it's available. Subsequently, with this incentive in mind, most personal computer original equipment manufacturers are willing to buy DRAM on similar prices or tolerate slight increases should suppliers be willing to guarantee numbers.

The aforementioned uptick in graphics DRAM prices expected this year is due to the fact that demand will outstrip supply. Next-generation consoles from Microsoft Corporation (NASDAQ:MSFT) and Sony Corporation (TYO:6758) will use graphics-double-data-rate-6 memory modules, and graphics processing units from NVIDIA Corporation (NASDAQ:NVDA) and Advanced Micro Devices (NASDAQ:AMD) will also shift to the advanced memory. 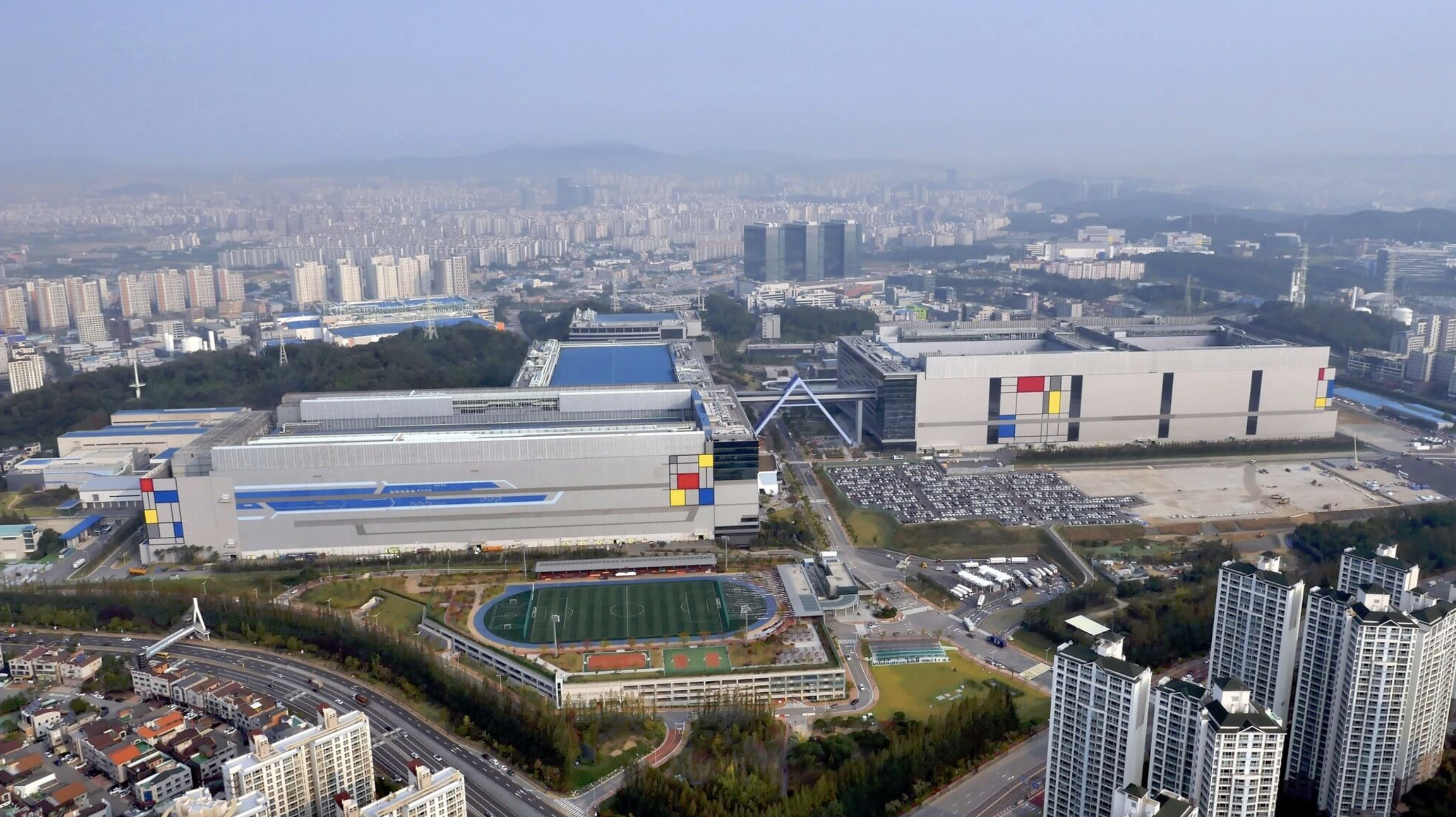 Samsung's facility in Hwaesong, South Korea that suffered from a power outage on New Year's eve.

Despite the hype being drummed for 5G cellular connectivity, TrendForce does not believe that demand from smartphone manufacturers will change pricing dynamics in the industry this quarter. The details suggest that the price uptick in DRAM contracts will be due to Graphics DRAM and server DRAM, with supply constraints from the NAND-flash market spilling over into mobile DRAM pricing and causing the agency to change its forecast for mobile DRAM prices to "holding steady".

Finally, while companies proactively built up inventories for notebooks in anticipation of tariffs, specialty DRAM buyers had not followed this trend. As a result, demand from their end for double-data-rate-3 and double-data-rate-4 memory modules will pick up this quarter. This, in turn, will drive up contract prices for these modules by as much as 5% this quarter, believes TrendForce. The scenario in the specialty DRAM market will be further complicated by the fact that the supplier fulfillment rate for this nice will stay at or below 60% in the quarter.