Dragon's Dogma Online, is a free-to-play RPG, with item micro-transactions for the PlayStation 4, PlayStation 3 and PC. It’s produced by Minae Matsukawa, directed by Kent Kinoshita, and executive produced by Hiroyuki Kobayashi. 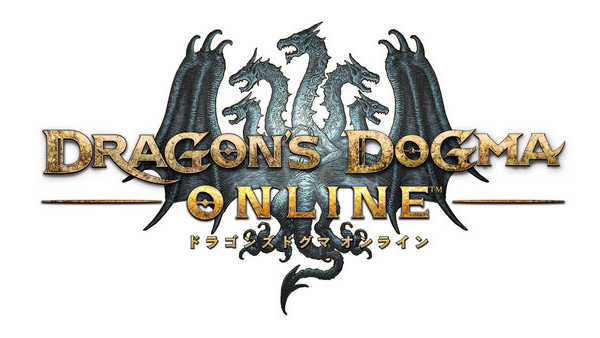 Players will take control of an Awakened in the land of Lestaria. Four player parties can be created to tackle the many quests, and those who prefer to play solo can use AI pawns for their party.

Dragon's Dogma Online' combat will be similar to previous entries, with the amazing clinging attacks being present. Jobs in the game include the Fighter, Hunter, Priest, and Shield Sage, which can be changed at any time. Dragon's Dogma Online is an open-world RPG, and it will be expanded little-by-little with large-scale updates. Bigger missions where up to eight players can participate are implied to be coming in one of these updates. Time-exclusive quests are also planned. 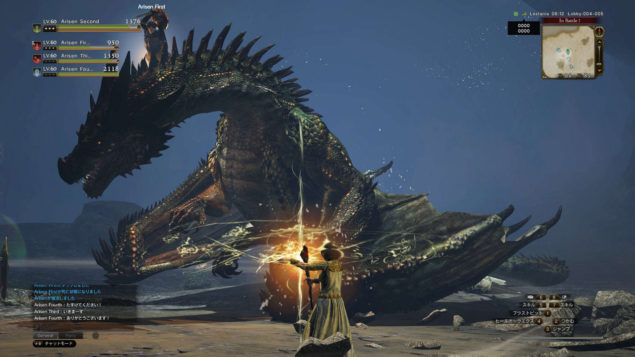 In an interview with Famitsu, producer Matsukawa and director Kinoshita share the following comments:

Development started with the basic desire of taking Dragon’s Dogma and making it playable in an online environment.
The game couldn’t be made in tandem with Dragon’s Dogma: Dark Arisen and was therefore pushed back.
Capcom contemplated a monthly fee, but chose freeo-to-play in the end in an attempt to get more players to try it out.
Though paid items are present, the game will still feel like a proper Dragon’s Dogma game.
The story is completely new and there are no character connections. (Editor’s note: We take it this means no character connections to the previous game.)
The game world will initially be the size of what players have come to expect from previous games, but will expand over time to be three times larger in scope.
Parties are formed in the lobby, after which players depart for the field.
An effort has been made to emphasize the strengths and traits of individual classes, but it’s not balanced so strictly that players need to be super meticulous about party makeup.

Sony has announced that Dragon's Dogma Online, will have its first aplha on PlayStation platforms (PS3 and PS4) in April . The build is invite only, but you can still sign up to be selected if you happen to have a Japanese-region PSN.

While the original game had some online elements, a fully online version deviated fromthe initial concept of the game.

" Dragon's Dogma was made with the concept of 'enjoying with a mild hint of connectivity' during a time when many online games were being released." director Kento Kinoshita said in an interview. "However, we had to consider the requests of Dragon's Dogma players and consider the advancement and evolution of the series, so I athought to myself, 'we should try to see if it can be done.'"

Dragon's Dogma Online, will include many of the features that made the original game special. The ability to climb over gigantic beasts to do battle, which is quite something, will be featured.

Producer Minae Matsukawa and director Kent Kinoshita explain that micro-transactions shouldn't prevent the game from feeling like a proper Dragon's Dogma adventure to returning players.
The world size is comparable to the original's at launch, but the goal is to expand it to three times the size. Dragon's Dogma Online will launch with fourclasses : a Fighter, Hunter, Priest, and Shield Sage.
Capcom producer Yoshinori Ono also adds that the game’s development is benefiting from the cooperation of Sony Computer Entertainment.