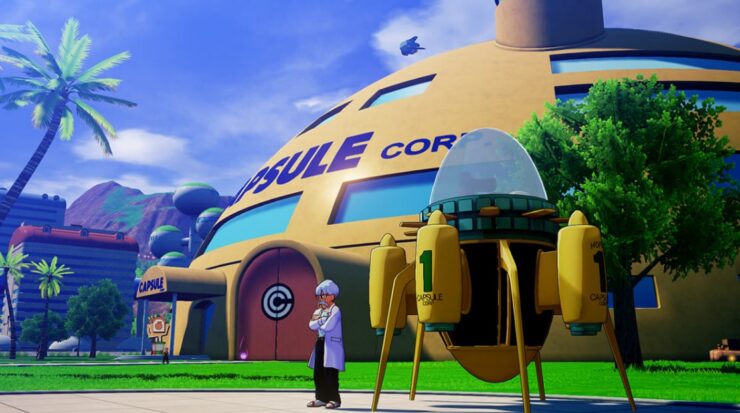 Bandai Namco has rolled out Dragonball Z Kakarot patch 1.05 and has announced that the Time Machine will become available this month.

The new patch fixes some issues that have been present since the game’s launch, including an application error when playing the ‘Training’ inside Capsule Corp. In addition, the 1.05 update addresses an issue where users are stuck in ‘Android Saga - Episode 10’.

We’ve included the release notes for this update down below:

In other Dragonball Z Kakarot-related news: Fans will be happy to learn that Bandai Namco has announced that Time travel through the Time Machine will become available later this month.

In the series, The Time Machine introduced different timelines, including the Future Trunks timeline.

Dragonball Z Kakarot is available now globally for PC, PlayStation 4 and Xbox One. The game released back in January of this year.

Developed in Japan by video game developer CyberConnect2; DRAGON BALL Z: KAKAROT immerses players in their favorite DRAGON BALL Z story arcs, enabling them meet beloved friends, battle powerful enemies, and uncover some long-running mysteries from the DRAGON BALL Z universe along the way. The game’s expansive campaign and abundance of side quests offer endless hours of action and exploration. Beyond the epic battles, players can also experience daily life activities in the DRAGON BALL Z world as they visit memorable locations from the original Z saga and fight, fish, eat, and train as Goku.

“We are excited to invite longtime fans and franchise newcomers alike to experience the most vivid Action RPG presentation of the classic story centered upon the most famous Saiyan, Goku.” said Mark Religioso, Brand Manager at BANDAI NAMCO Entertainment America Inc. “In the game, you will master superhuman techniques and form powerful bonds with series stalwarts such as Krillin, Piccolo, and all your favorite DRAGON BALL Z heroes. Now it’s time to embark on your journey to become the ultimate Super Saiyan!”