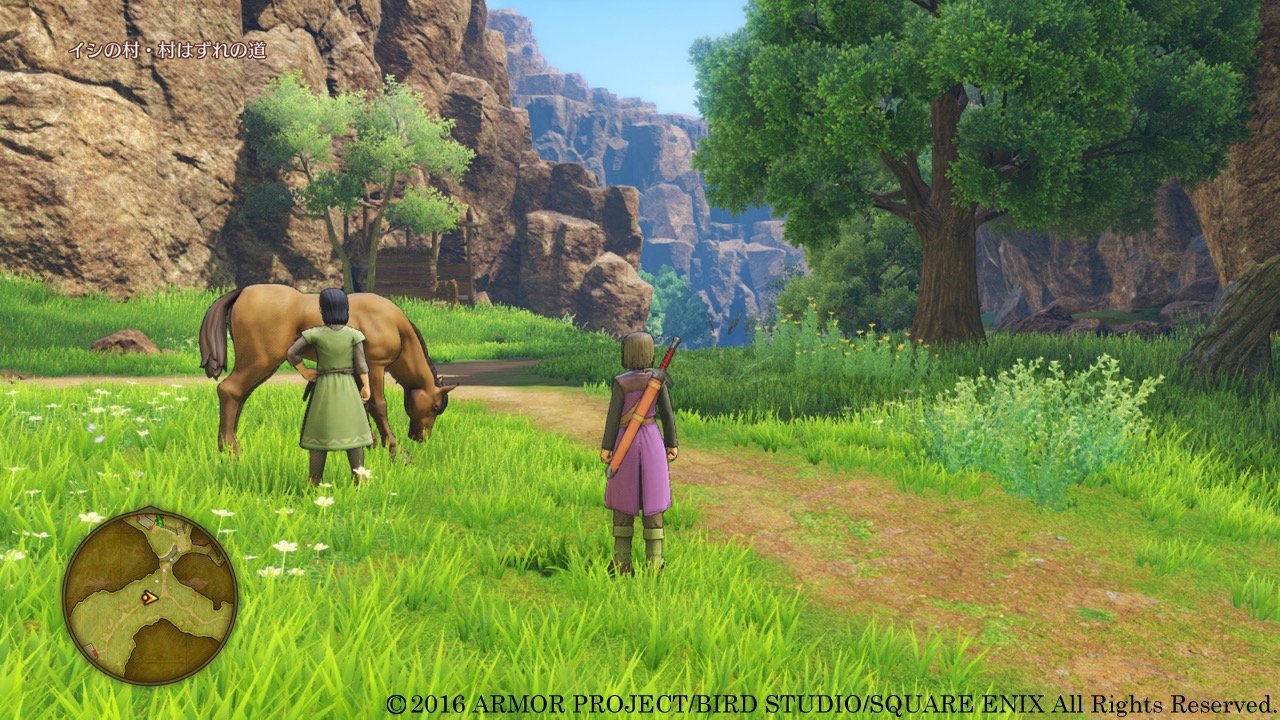 Since the big Dragon Quest XI event held during Jump Festa 2017 earlier this month, Square Enix has been revealing more about their upcoming big role-playing game quite frequently. Today, additional details on some of the game's features have come in, and there's quite a bit to be excited about.

During the NHK General TV Dragon Quest 30th anniversary special program, it's been confirmed that Dragon Quest XI will feature camping and crafting. Crafting, which is currently called Mysterious Smithing, will apparently allow players to create a variety of different weapons by using required items.

Today it's also been confirmed that it will be possible to ride dragons in Dragon Quest XI. It's not yet clear if there will be areas only accessible by flying or if dragon riding will only speed up traveling, but more on the matter should be revealed soon.

Earlier this week, a bunch of new Dragon Quest XI screenshots has emerged online, showcasing both the PlayStation 4 and 3DS releases. The game is also going to release on Nintendo Switch, but nothing has been shown of this version of the game.

Dragon Quest XI launches sometime next year in Japan on PlayStation 4 and 3DS, with the Switch version coming on a yet to be confirmed release date. A North American and European release has yet to be confirmed, but there's a very good chance it will be coming West, considering the many Dragon Quest titles that have been brought in recent times.