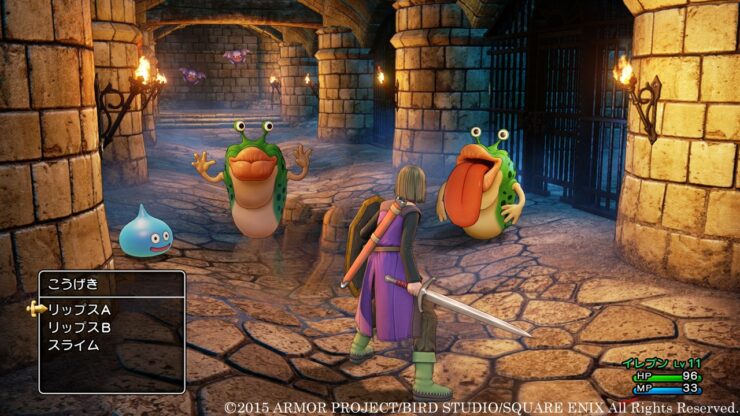 Dragon Quest XI, the new entry in the long running series developed by Square Enix, has been announced last year, but we have heard little of the game in the past few months, with series creato Yuji Horii only confirming that work was proceeding smoothly. However the time has finally come to learn more about the upcoming role-playing game.

During a Dragon Quest XI focused panel at Jump Festa 2017 a few hours ago, Yuji Horii, producer Yosuke Saito and director Takeshi Uchikawa have revealed more about the game, also showing some brand new gameplay footage taken from both versions of the game.

Following the panel, a brand new Dragon Quest XI teaser website has been launched, including some basic details regarding the game. Interestingly enough, there is no mention of a Switch release, which has been mentioned back when the upcoming Nintendo console was known as Nintendo NX, so there's a good chance that Square Enix might make a separate announcement for this version of the game, especially if it comes with exclusive features not found in the other two releases.

Dragon Quest XI is currently in development for PlayStation 4 and Nintendo 3DS, and it should launch in Japan next year. We will keep you updated on the game's Western release date as soon as more comes in on it, so stay tuned for all the latest news.