Dragon Quest Builders To Arrive in Europe This October 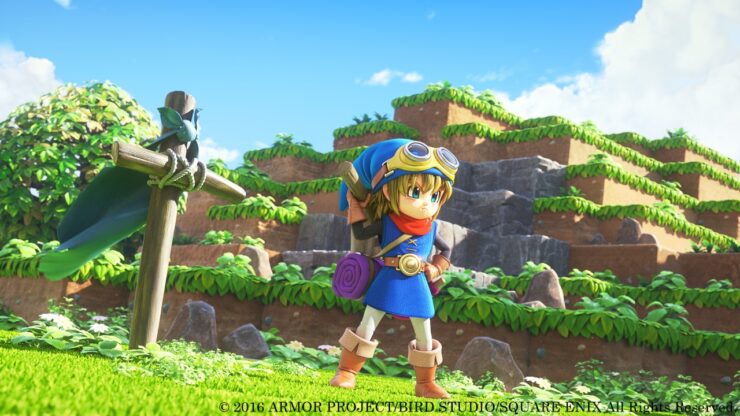 The success of sandbox construction games like Minecraft or Terraria left a significant mark on the gaming industry. Dragon Quest Builders is just the latest example, with Square Enix jumping on the bandwagon.

This sandbox action RPG has just been confirmed for a European release on October 14, 2016 for PlayStation 4 and PS Vita (digital only); the game will launch in North America three days earlier.

Here's an excerpt of the story and gameplay mechanics from an official blog post:

Dragon Quest Builders actually follows a “what if” story following the original Dragon Quest. In this story the realm has been destroyed because the Hero (from DQ1) who was supposed to save the world by defeating the evil Dragonlord, actually got tempted into accepting a sham deal with him. This plunges the land into darkness and despair and the few survivors scattered around the world no longer understand the concept of creativity and live through scavenging what remains among ruins.
This is where Dragon Quest Builders begins! The protagonist (that’s you), who can be either a boy or a girl, is awoken by a Guardian Spirit as the Legendary Builder who is the only person in the world with the knowledge to create objects through combination and imagination. It’s now up to you to rebuild the world and restore it to its former glory!

Gameplay
Dragon Quest Builders is a sandbox action RPG where your imagination is the limit! Everything plays out in real time and the world is made entirely of blocks (although it may not look that blocky) and you can use these blocks to build pretty much whatever you want. Building is easy and can be done in three steps:
Plan what you’re going to build!
Gather your resources!
Begin construction and create your masterpiece!
There is an overarching main storyline to follow in Dragon Quest Builders so if you want a narrative to get attached to and pull you through, that’s in there too. It wouldn’t be a Dragon Quest game without one after all! Oh and there’s plenty of quirky side quests and NPCs to give you that full RPG experience, just with the additional sandbox gameplay and monsters to battle as well.

In case you're even more curious about Dragon Quest Builders now, watch the twenty minutes long gameplay video below.