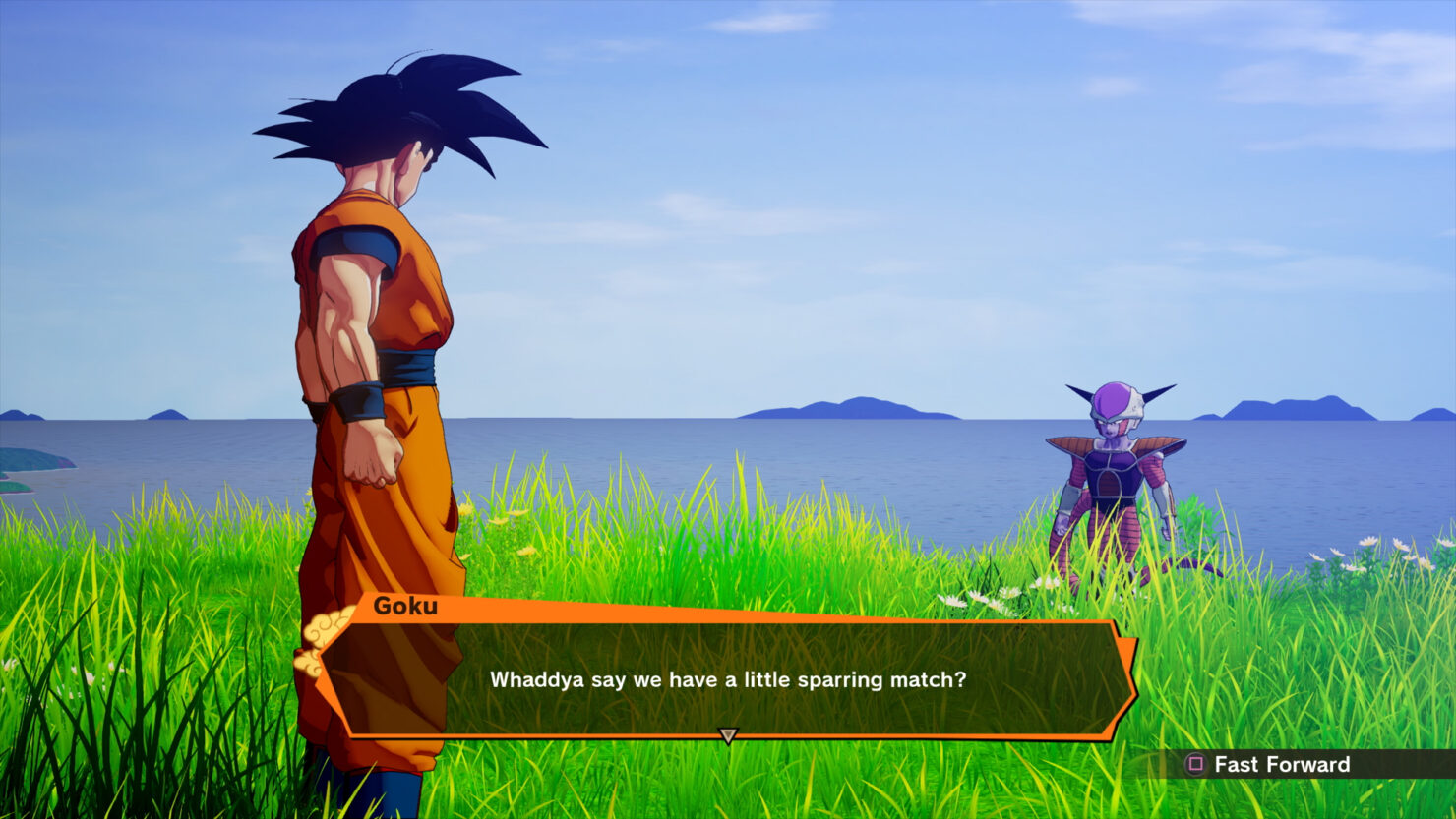 A new batch of Dragon Ball Z Kakarot screenshots has been released today, showcasing a brand new mechanic that has been revealed earlier this week.

The new screenshots, which can be found below, showcase the Dragon Ball collection mechanic. Once all of the Dragon Balls have been found, players can revive defeated enemies, unlock new dialogues and obtain extra XP and Soul Emblems to use in the Community Boards.

In Dragon Ball Z Kakarot, the seven Dragon Balls are scattered across different areas throughout the game.

By locating and collecting them, players will be able to summon the mighty Shenron to revive previously defeated enemies!

By meeting and fighting those former foes, players may unlock new dialogue options based on the situation.

For example, if players revive Frieza once they have unlocked Goku’s Super Saiyan 3 transformation (a transformation Frieza did not witness in the original anime), the two characters will share a short never-before-seen conversation.

Upon defeating these enemies, players will gain XP and unlock their Soul Emblems to use in the Community Boards to unlock new skills and abilities.

DBZ Kakarot will allow players to play through all of the story arcs and fight against the most powerful enemies of the series not only as Goku but also as Gohan, Vegeta and other characters. At the E3 earlier this year, we had the chance to try out the game, which is setting out to be a solid DBZ title.