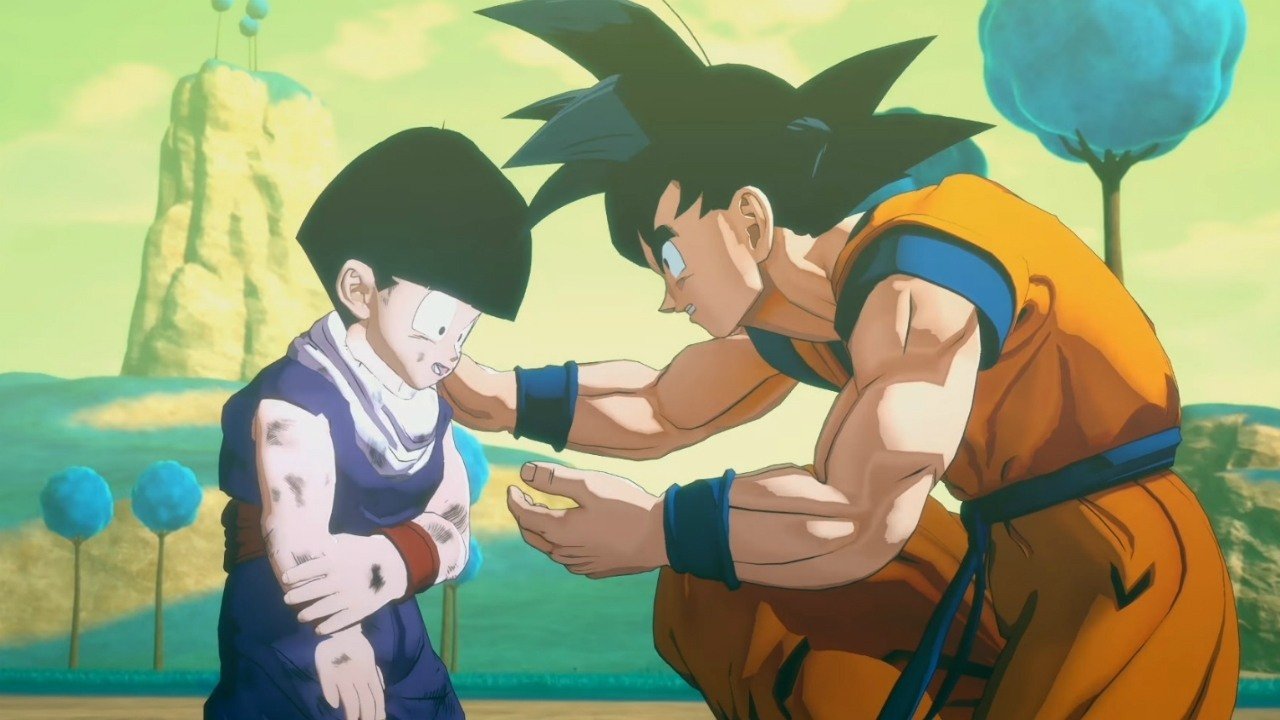 There are so many Dragon Ball Z games that it is hard to keep track of them all. Most of the latest games, however, have been pretty good, with Dragon Ball FighterZ and Dragon Ball Xenoverse 2 providing their fix to anime fans all over the world.

While most of the Dragon Ball Z games are fighting games, several developers tried creating a role-playing game adaptation, with varying result. The NES and SNES games, which have never been released in the West, offered a rather interesting, yet flawed, experience, while the GameBoy Advance and DS games, developed by Xenosaga and Xenoblade Chronicles creator Monolith Soft., are pretty good. So where does Dragon Ball Z Kakarot fall on the quality spectrum? Definitely on the good quality side.

At E3 2019, I had the chance to try out a short 20-minute long gameplay demo which was set right before the fight against Goku's brother Raditz. Before the battle, it was possible to fly around the world together with Piccolo, fight random enemies to get stronger, collect items and complete some side-quests. While some are extremely unremarkable, others are way more interesting, featuring characters that Goku met when he was a young kid and that he never met as an adult. This is just one of the ways developer CyberConnect 2 is going to expand on the canon Dragon Ball Z story.

Exploration is done in the typical Dragon Ball fashion, with Goku being able to fly around or ride the Flying Nimbus. Using the cloud is slower, but it's the only way to change altitude, which feels like a needless complication. Environments are a tad generic, but they are filled with NPCs who give sub-quests and items to collect, which can be highlighted by using Ki sense. Food items can be used in cooking, and so do fishes that can be caught after completing a fun fishing mini-game. Despite these being things that can usually be done in open world games, Dragon Ball Z Kakarot is not going to be one. Environments are open, with freedom is extremely limited.

The battle system is definitely the most interesting feature seen in the Dragon Ball Z Kakarot E3 2019 demo. They are fought in real time, and players can only control Goku as he unleashes regular melee attacks, Ki shots and special attacks which all require Ki. When low on it, it's possible to unleash a Power Surge which restores it, just like in the anime. During battles, the camera is positioned behind Goku like in the Xenoverse games, and the battle system resembles the one seen in these games quite a bit: combos are limited to regular attacks and special attacks, but everything is so high speed that anything more complex would be interrupted by enemy attacks. Defensive maneuvers include guarding and quick stepping, as well as a teleport attack that can be unleashed after a combo string has been guarded.

Regular enemy encounters are quite easy, but boss battles promise to be something else. The fight against Raditz was incredibly fun, with the Saiyan unleashing a variety of special attacks which require good timing to dodge, including an unblockable attack. The battle is made even more special by the fact that the Japanese opening of the anime, Cha-La-Head-Cha-La, started playing shortly after the battle began. Things can get a bit button-mashy, so let's hope the final game's difficulty level is a bit higher than what I have seen in the demo.

Dragon Ball Z Kakarot launches in early 2020 on PC, PlayStation 4 and Xbox One.