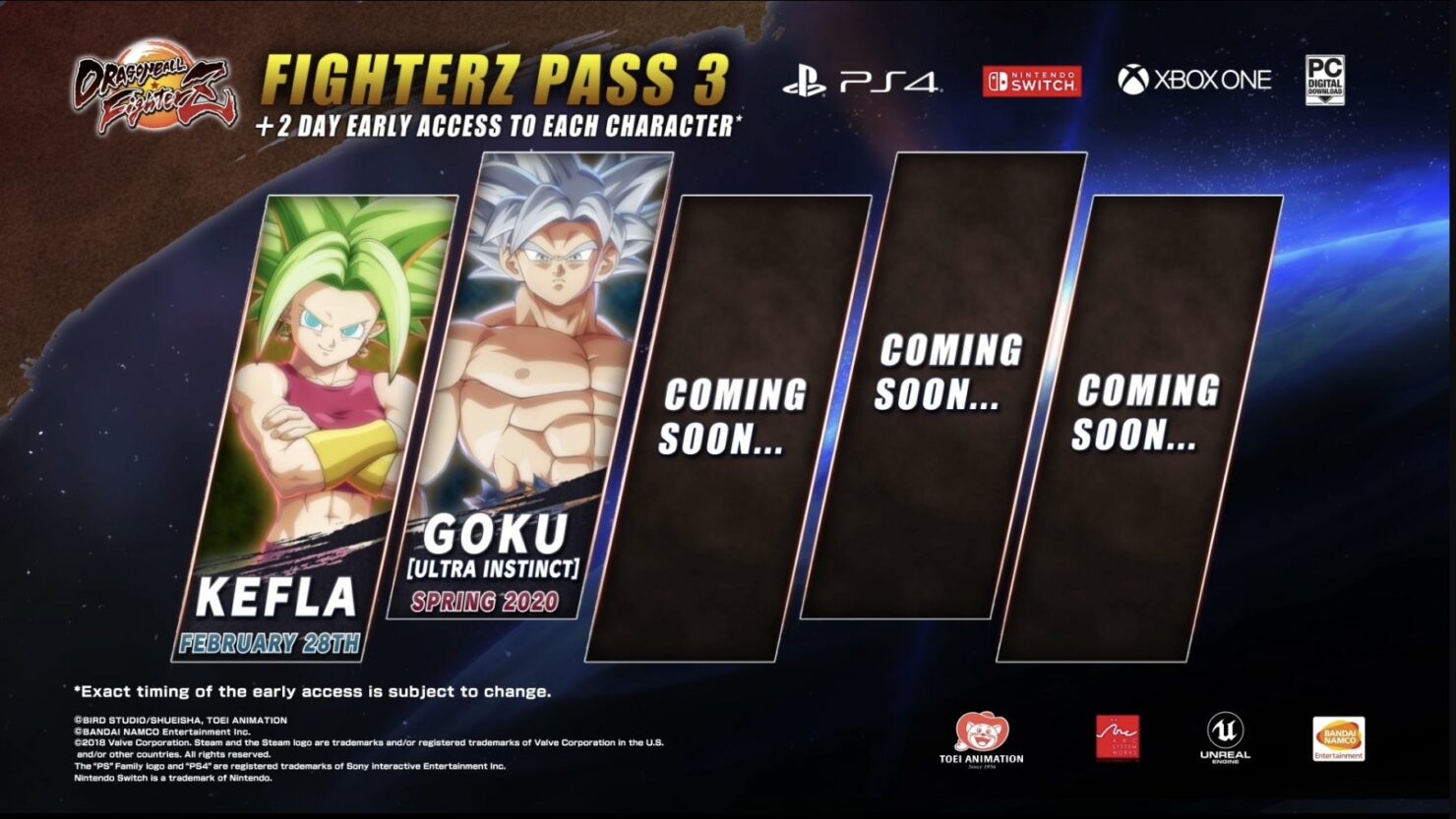 Dragon Ball FighterZ is set to get five more characters this year, and the first one will be released right before the end of the month.

Today, Bandai Namco revealed the third character pass for Dragon Ball FighterZ, which will mark the beginning of the game's Season 3. The pass will include five new characters: Kefla, who will be released on February 28th, Ultra Instinct Goku, who will release this Spring and three yet to be revealed characters. The new pass will also grant 2 days of early access to all characters.

A Saiyan's power has no limits, prepare for Ultra Instinct Goku's arrival And...Get Ready for The Birth of a New Super Warrior! Season 3 is coming soon.

Dragon Ball FighterZ is now available worldwide on PC, PlayStation 4, Xbox One and Nintendo Switch. The game is among the best fighting games released in recent years, thanks to easy to understand mechanics, a 3 versus 3 combat system and plenty of single-player content.