When I first read the words “Dragon Ball game developed by Arc System Works” I thought; “Ha, yeah, I’ve been wishing for that since I first saw Guilty Gear Xrd’s art style.” But as it turned out, this wasn’t a wishful tweet from a fighting game fan; this was basically an announcement. The trailer debuted at E3 and it was glorious. The anime art style was brought to life, ki blasts and attacks looked flashy and impressive, and more than anything, it looked like a “proper” 2D fighting game, made by one of the most experienced fighting game developers of all time.

The hype was palpable, and the frenzy surrounding it in the run-up to launch as more characters have been announced and shown off has been incredible. It almost seemed like it was too good to be true. Well, we’ve been playing Dragon Ball FighterZ through the two beta sessions and with the full game, and somehow, the game lives up the hype. 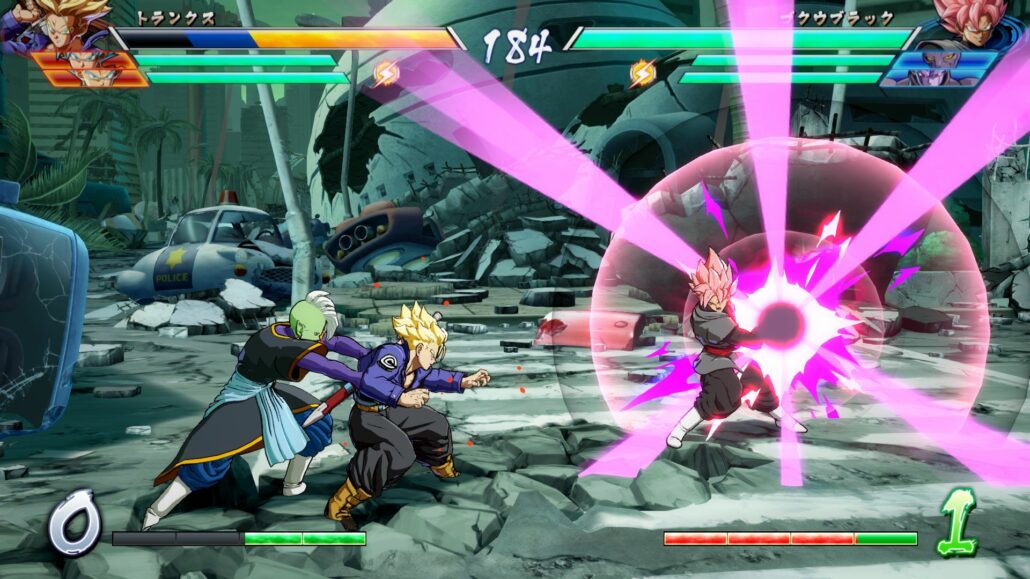 What we have here is a 2D Dragon Ball fighting game built on the foundations of Arc System Works’ Guilty Gear Xrd engine, which limits frame of animations on characters to give the characters an interesting look which resembles the limited animation frames of actual animation, which many people know Dragon Ball for primarily; an action packed and shouty anime. The art style fits and works wonderfully, bringing characters to life. The 3D models look so detailed it’s sometimes hard to believe they haven’t been drawn, and the same goes for the incredible explosions and stage transitions; it's all so cinematic and interesting that it’s almost crazy to believe it’s a playable game.

Gameplay will be familiar to fans of 2D fighters, especially other Arc System Works anime games. You have air dashes, air blocks, and combos coming out of everywhere. It’s a basic four button fighter, with light, medium and heavy attacks, and a special projectile button. You can easily combo enemies by using the attack buttons in sequence (or just pick one and mash, which also works thanks to autocombos) and finishing off combos with basic quarter circle motions. 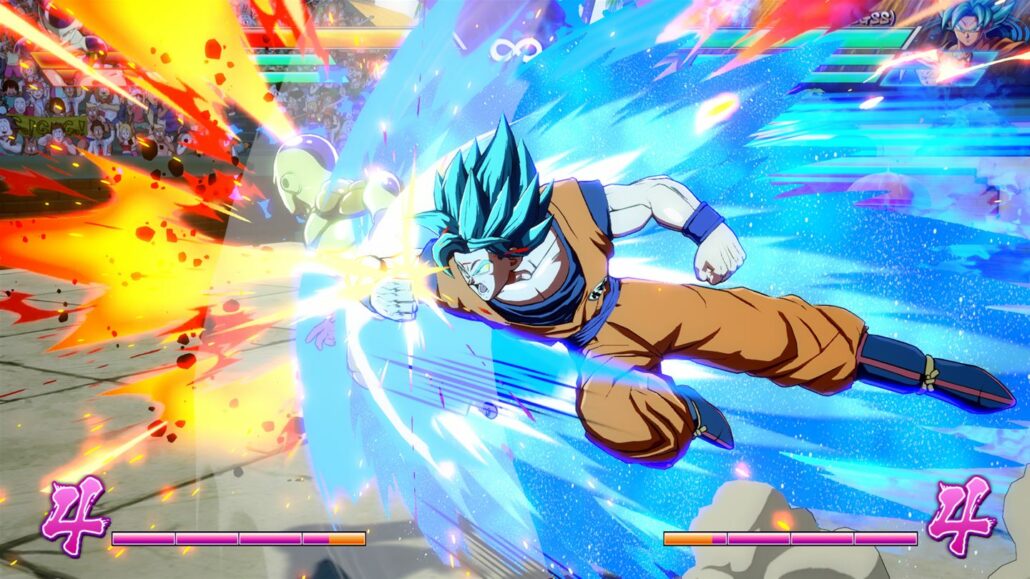 While many hardcore fighting games demand strict inputs from players, Dragon Ball FighterZ instead makes combos easy but makes good combos difficult. If you refuse to learn the ins and outs of the combo system, complete with hard knock-downs, grabs, assists, character change combos and more, you can get along fine just by slapping one button to chase your enemy down, removing a potentially awkward neutral game, and then mash attack buttons to combo. If you’re not a massive fighting game fan, Dragon Ball FighterZ is still a fun Dragon Ball game, but you might feel like you’re missing out on something.

It’s a good place for those interested in the genre to get started, though. Combos are easy to get your head around, as is the neutral game, and combo finishers, special moves and super attacks can all be accessed with simple quarter circle motions. No awkward dragon punch or charge characters here, removing a big barrier to entry for a lot of gamers. Of course, hardcore fighting game fans might find it all a bit simple. Characters don’t have the kind of depth to learn that Street Fighter characters do, with most experienced fighting game players able to figure out character specific combos and eccentricities with little difficulty. 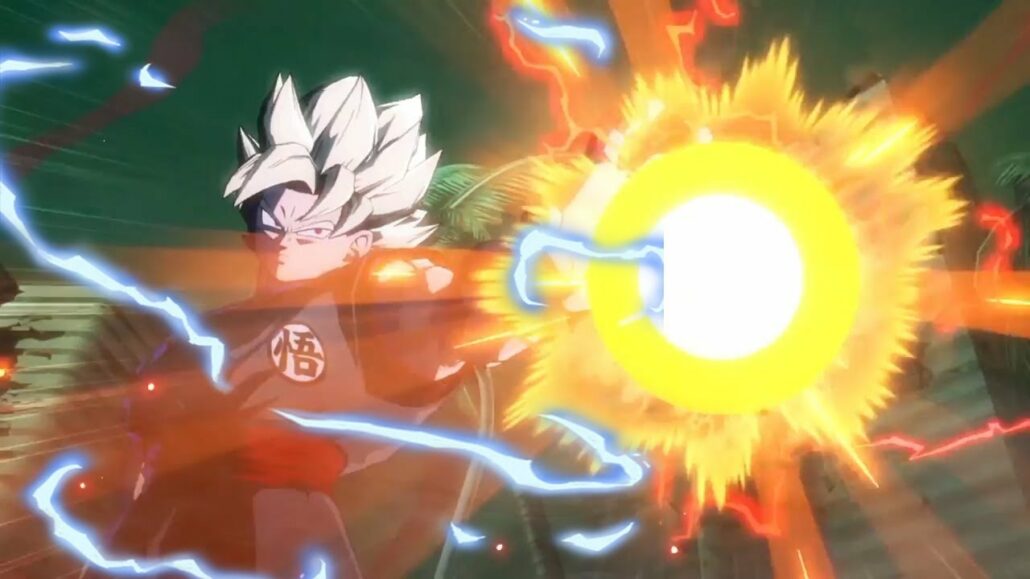 It’s more than just fighting - though that’s definitely the most exciting part. There’s a surprisingly chunky story mode, which fans will be happy to hear actually includes fights. Many Arc System Works games treat story modes as a small visual novel on the side, instead of a fully fledged game mode in its own right. In DBFZ you’ll be fighting against a variety of clone fighters and Android 21 herself, the new character introduced for this game designed by Akira Toriyama, Dragon Ball’s original creator. The story, surprisingly, actually manages to create a scenario where all of the playable characters are present and roughly power scaled, so the fact that Nappa can beat Freiza isn’t totally insane. I’m not sure many fans would’ve minded, but they’ve included the explanation regardless.

It’s a story that shockingly accounts for and factors in everything, from the fact that you are changing through playable characters, the fact that characters are power scaled, even the fact you are fighting endless clones of faaqmiliar warriors - the story is knowing and meta, but loads of fun. 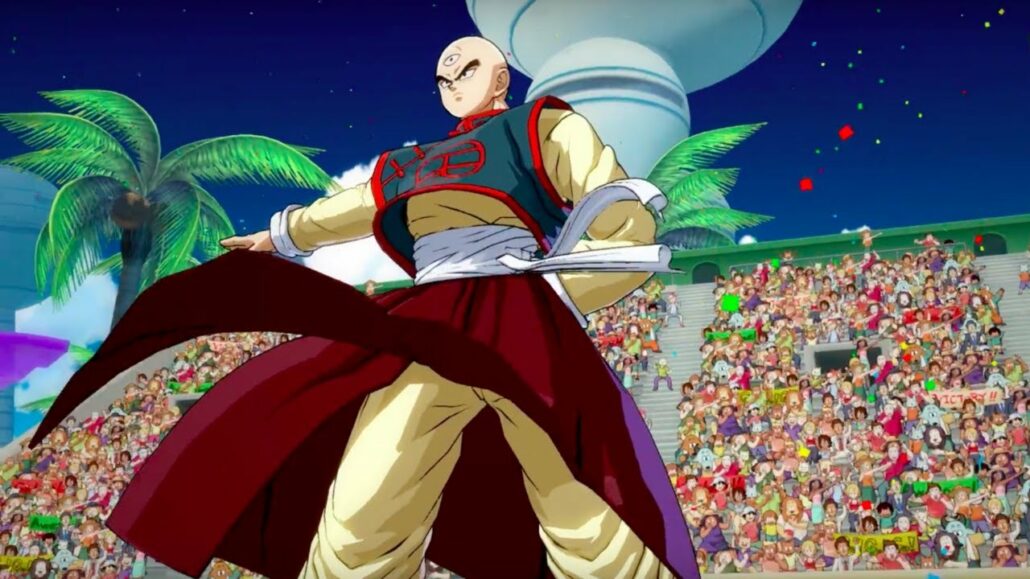 The story’s more lighthearted moments are incredibly memorable, too. There are dozens upon dozens of character interactions, such as Yamcha talking to Krillin about hair, or Cell telling Tien he’s a side character. These interactions are wonderful for Dragon Ball fans and made me smile more than once.

Reviewed on PlayStation 4 (code provided by the publisher). You may purchase the game via Amazon.

Dragon Ball FighterZ is possibly the greatest Dragon Ball game of all time, and already one of the best fighting games of the year, if not the best. Great fighting and amazing visuals collide in this excellent anime fighter.